Myself and Aisling turned up at the extremely busy Lees Road Sports Complex about half an hour before the race and found what I reckon was the last car parking space. (Note to self: The advantage of picking up your race pack the night before is that you don't have to get to the race venue really early. The disadvantage however is that most other people have to get there really early and therefore take all the parking!). We used walk to the start up as a warm up. 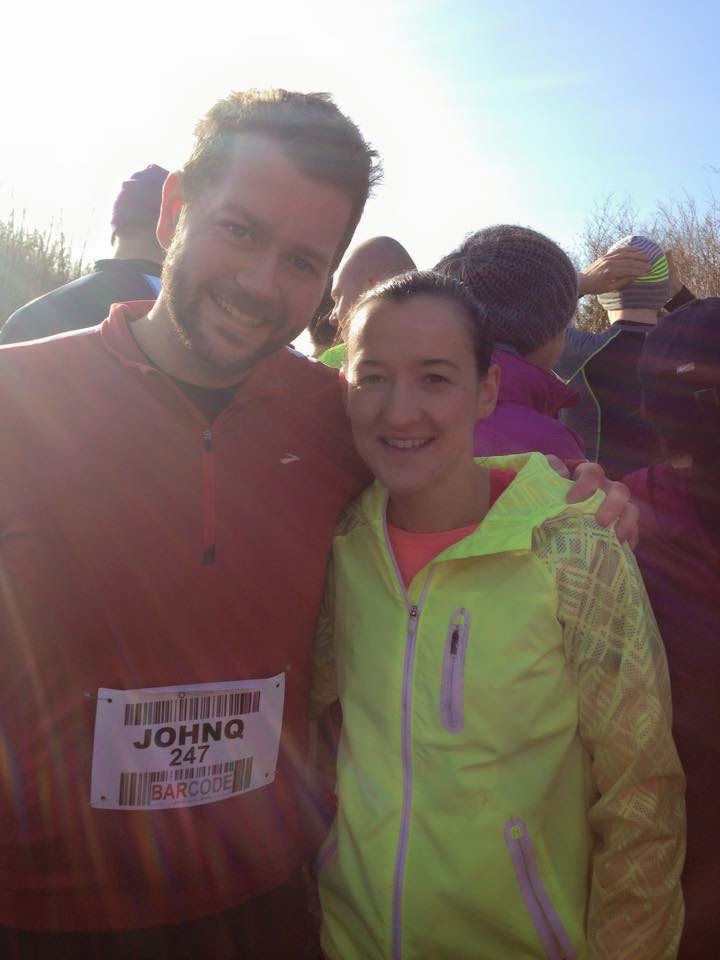 
Over 700 people were blocking the small country road just before the start and what do you reckon happens? Two cars appear in one direction and a van from the other. Once we were suitably moved out of the way (like a farmer would move cattle), the race got under way about 11:05. The start was slow but I quickly broke free and found my stride. 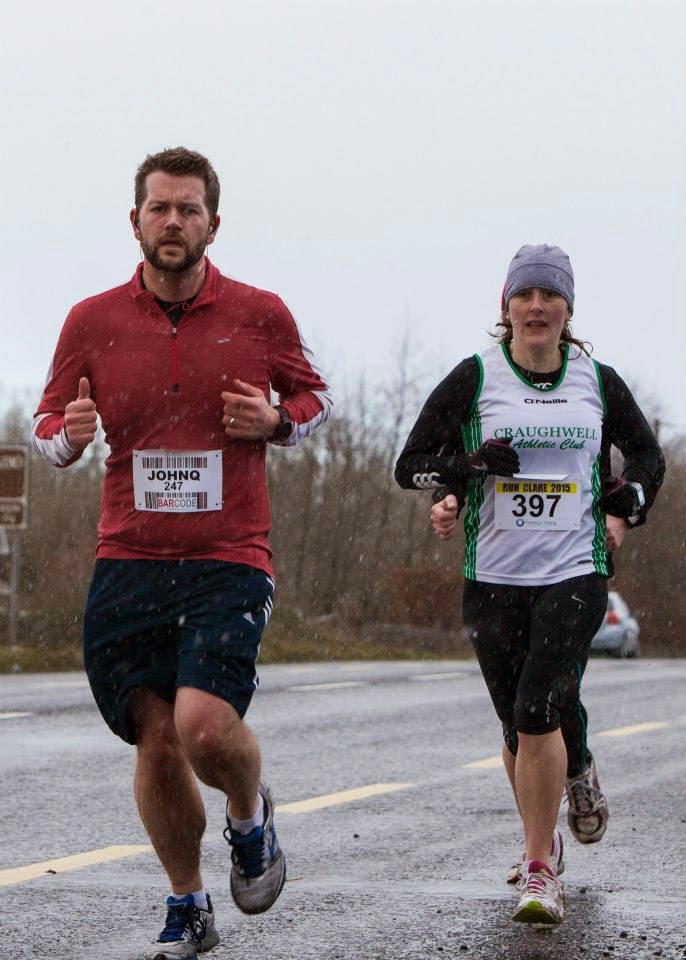 Running through the rain (Pic from John O'Neill's Facebook)

The route ran out the Lahinch Rd (2K) before turning out on to the main road and back towards Drumcliffe for the final 3K. I maintained what I felt was a steady good pace (4:30/km) bringing me in at 22:19 (less than a minute off my PB last June). I find 5K a really peculiar race. In one way, is it worth the effort of paying for, arriving early, getting geared up and running for 20 minutes versus the fact the 5K is my achilles heal. Everything in my mind and body tells me I should be able to run a Sub 20 5K but I just can't push myself enough to deliver. 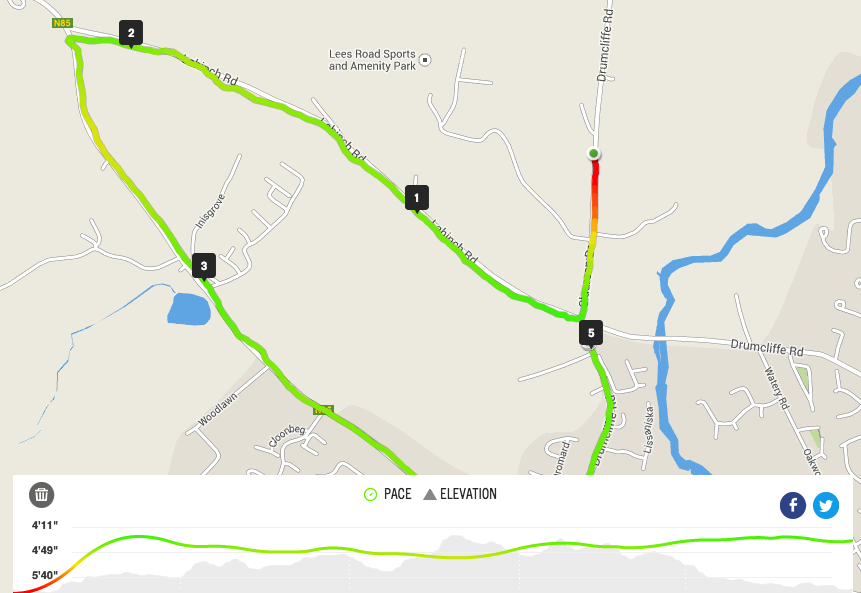 2015 will be the year I hit a Sub 20 5K. With the Galway 5K series coming up in a few months, I won't be running a 5K race until then as I'll be focused on training for the Tralee Marathon (which is 6 weeks away... eeeek!). Anyway, enough of my chatting, I'm off out for my long training run. It's just me and road for the next 20 miles.
5k Aisling Ennis Lees Road Pace PB Race Race Series Run Clare Running