The Marconi Half Marathon

on September 26, 2014
Imagine any postcard you would see of the West of Ireland and that is exactly what the Marconi Half Marathon delivered... Myself, Phil & Gordon were running it so decided to make a weekend of it and together with our respective runner-widows (Cathal, Rachel & Yvonne) headed for the green grass of Roundstone on Friday evening. I awoke Saturday morning feeling ready to tackle my 7th Half Marathon. I opened the curtains in my bedroom to this: A Room with a View

We hit the beach and met some other runners from Maree so obviously took the opportunity to take an action shot. We are like magpies, its rare you see more than one or two of us together in the club colours so we had to capture the moment. 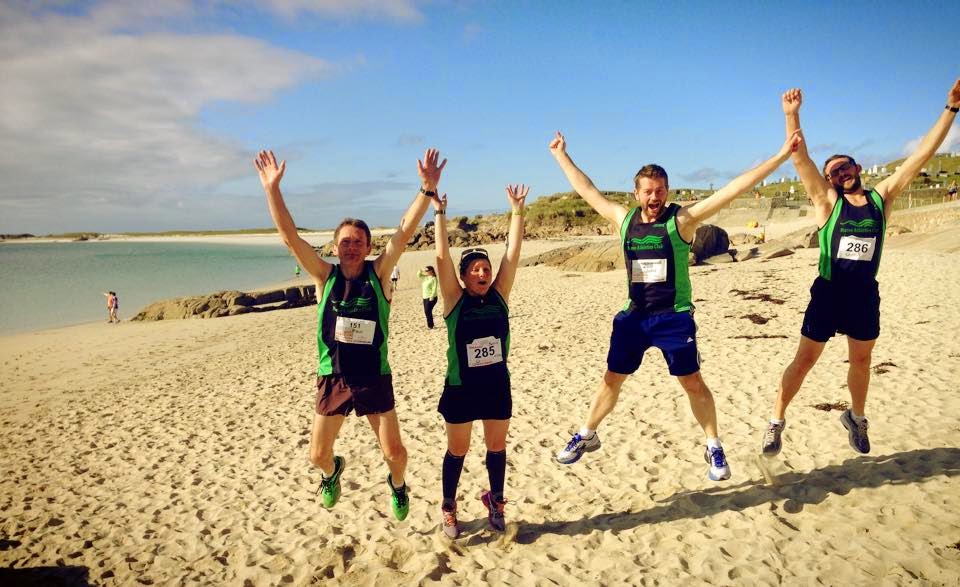 The race started shortly after 11am and brought us up from the beach through the Roundstone village (3km). I swear to God I've never seen scenery like it. At points I just wanted to stop and take a photo it was just so crystal-stunning-clear. (Note: It was so amazing, I actually went back after the race to take some photos). 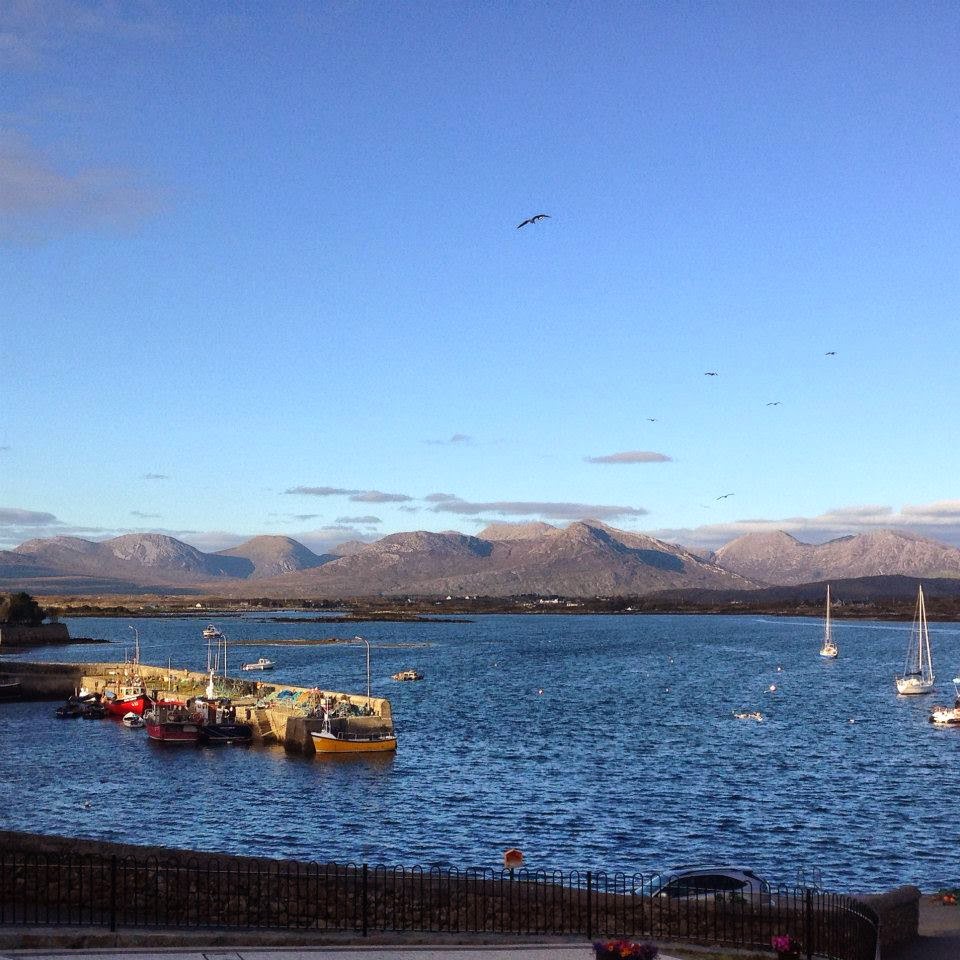 The crowd started to peter out and I found myself running by myself for the next few kilometres. It wasn't until the 5 mile (8km) mark that the 1:45 pacer caught up with me. It was at this point I kinda admitted defeat to myself. The pacer and the few running with him would be gone and I'd probably finish around the 1:50 mark again... or so I thought. 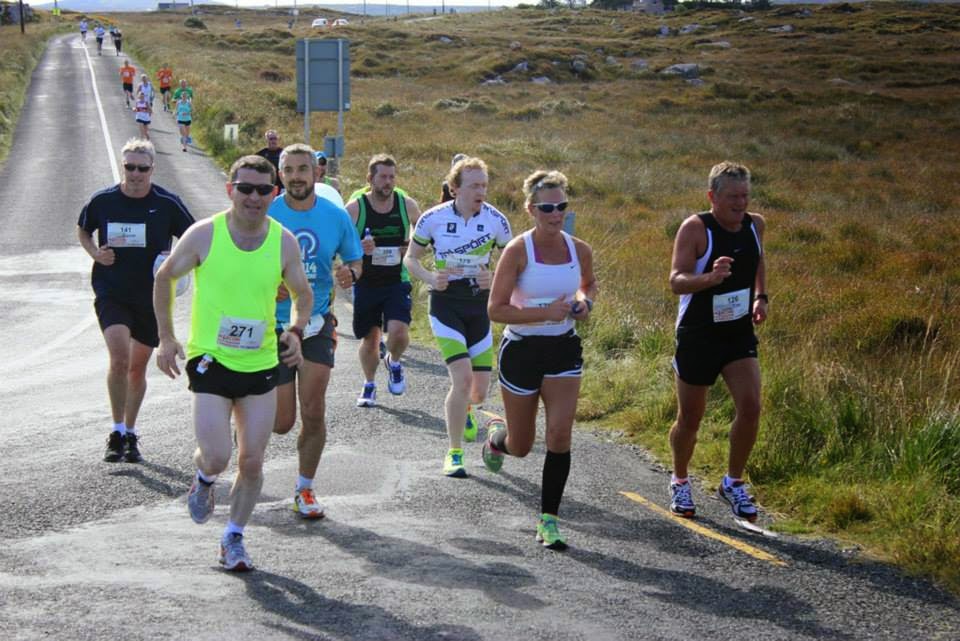 The 1:45 Pacer overtaking me at 8K
(Pic by Andrew Talbot on Facebook)

As we turned on to the Old Bog Road, I kept with the gang and after a few minutes, it was only myself and pacer. I did feel sorry for the pacer as he kept trying to muster up a chat with me but I just wasn't in a chat sort of mood. I took in my surrounds - the mountains, the road, the hills. On reflection, there are some runs that just happen and this just happened to be one of them.

Kilometre after kilometre passed and next thing we turned off the Bog Road at about 3km from the finish. Instead of seeing the pacer as a block that pushed past me, I kept up to him - used him as a block to keep me moving forward at a steady pace. Your man was super in fairness, he kept giving words of encouragement as we made our way into Clifden. The last ten minutes were hilly - and tough, mainly because I didn't know where the finish line was so kept hoping to find it around the next turn.

As we turned onto the main street in Clifden I heard Cathal and Rachel roar from the sidelines and that powered me up the hill and across the finish line with 1:45 on the clock. I did it! I really couldn't believe I ran with the pacer from Mile 5 through to Mile 13. I've said before how every time I run, I learn something new - this run has thought me of the power of mental blocks. Instead of seeing the pacer as someone to be afraid of (stay in front or let pass), I used him like a magnet and kept myself in line with him as he moved. 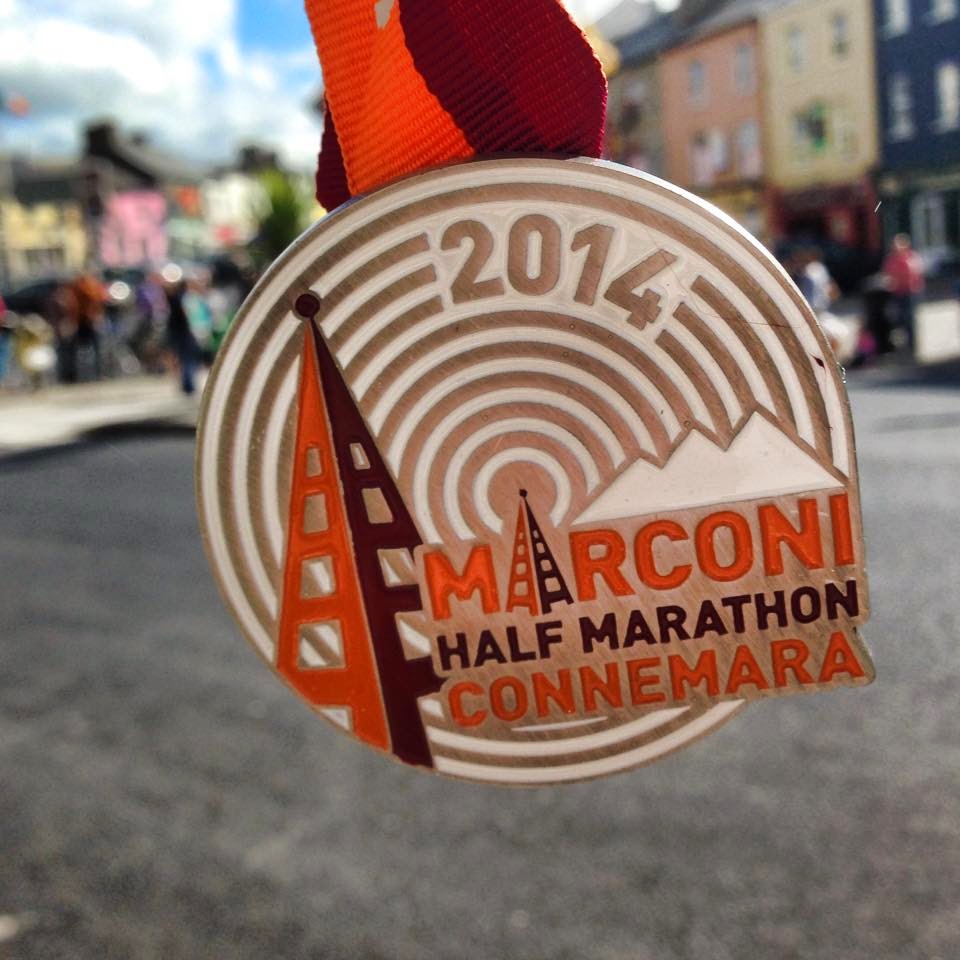 On what was one of the most beautiful runs I've ever done, I loved the Marconi Half Marathon! My fellow Maree AC members had a great day too with Paul finishing 4th overall and Phil finishing 20th. I'm already planning my October, November and December Half Marathons! My official time for this Half Marathon: 1:45:24 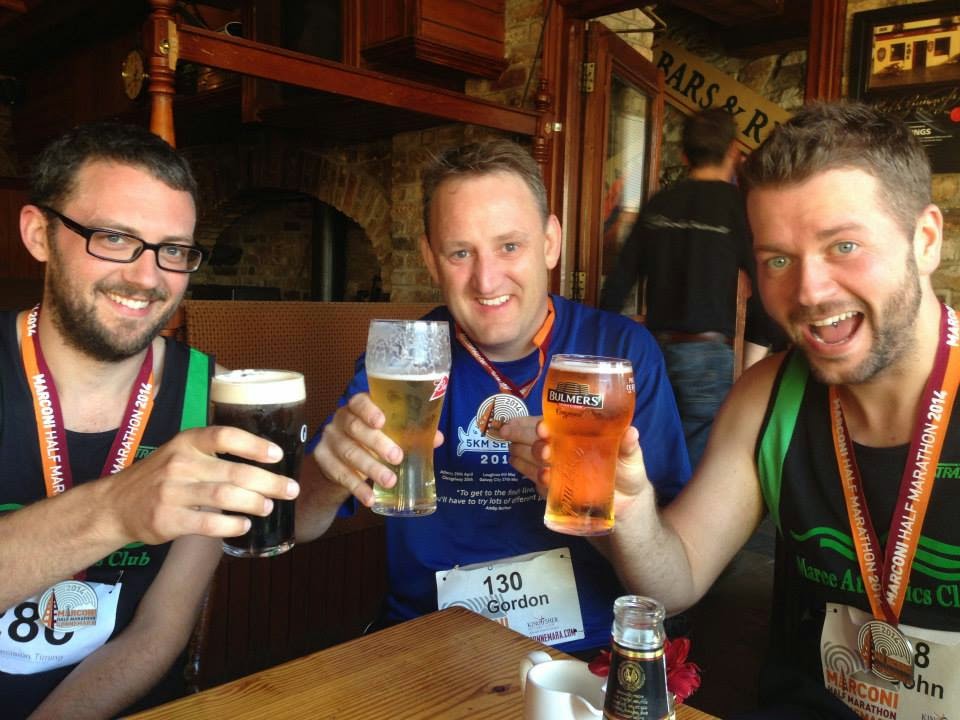