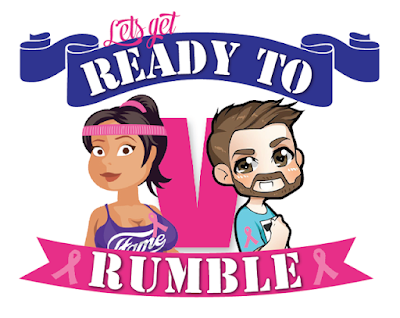 Myself and The Skinny Doll (who you all know from her amazing blog - The Skinny Dolls Journey) came up with a master-plan to kick both of our one-too-many-summer-BBQ arses back into gear as we head towards the Winter months. I'd be telling Doll about how I've found myself losing and gaining the same half stone all year and I can't seem to just keep on a good wave once I get on it. Back in June I was at the lightest I'd been in over two years and something just switched off and I'm back at where I was in March of this year. With me it's like two steps forward two steps back. I'm going nowhere and its getting frustrating.

So we decided we'd fuel each others fire for the next few weeks with a spicy little challenge. The rules are simple - for every week I'm down, Doll throws €5 into the pot and vice versa. For every week I'm up, I put €20 into the pot. At the end of this, the pot could contain anywhere from €80 (if both of us lose for 8 consecutive weeks) to €400! Doll then came up with the great idea of putting our money where our mouth is and donating our challenge winnings to charity, specifically Breast Cancer Ireland.

Why BCI? Well the one thing we agree on is that week by week we get so much support from our Weight Watchers leaders, and a good friend of ours, Catherine Ryan (who is the brilliant WW leader in Gort/Ennistymon) is just about to start her treatment for breast cancer... and we can't think of a better way to let Catherine know that we are all behind her and wishing her the speediest recovery to full health. So in the mean time while Catherine isn't around to kick our asses into gear, we'll just have to kick each others asses!

So, its John vs Doll but we are encouraging everyone else to get on board and start their own one on one challenge. Start from this week. Don't worry about what has happened before or how many weeks you've been off the wagon. There is a great quote I love which says: The best time to plant a tree was twenty years ago. The second best time is now. So if you've had a bad day/week/month/few months, start back on it today just grab a friend - all you have to do is be accountable to each other. Your prize can be whatever ye deem suitable: Free Babysitting, Money, Gift Card etc. My leader in Oranmore told me about three women who put money into a kitty and whoever losses the most by the end of the year gets a handbag from Brown Thomas. What ever you decide to use to motivate or incentivise yourself, working in a pair will add that extra spark of competition which will keep you on your toes.

Its September now (Hello Autumn) and I'm not going to get caught up in what went wrong this summer or how I put back on that half a stone I'd lost, I'm just going to look forward and concern myself only with what I can do NOW and thats look forward and smash this challenge! Have a look at Doll's post introducing the challenge and see what you think (link here), we'd love if more people came along with us on this challenge and let us know how they are getting on each week.

Just to give a quick background - myself and Doll are old-school WW veterans we've been in the game so long at this stage. I remember a time when a banana was half a point. I also remember a time before SmartPoints when a Curly Wurly was like a gift sent from the Gods at only 3pp. Neither of us have felt the glistening Gold Card between our fingers but despite the many ups and downs both of us have been through, neither of us have thrown in the towel. Remember, quitting is always the easier option but strength comes from deciding to try again/try harder instead of walking away.

The Skinny Doll has lost 133lbs (yep, that's 9st 7lbs) and really wants her 20th Silver 7 in time for Halloween. At my lightest, I'd lost 99lbs (7st 1lb) and was 1lb off Goal - that was when I decided to quit smoking. I'm over three years off the cigs (yay!) but quitting derailed me at the time and I never fully recovered. I've been playing with the same stone for the past three years but never stuck my head down and focused on reaching goal. I'd love for this challenge to get me back within reaching distance of goal. 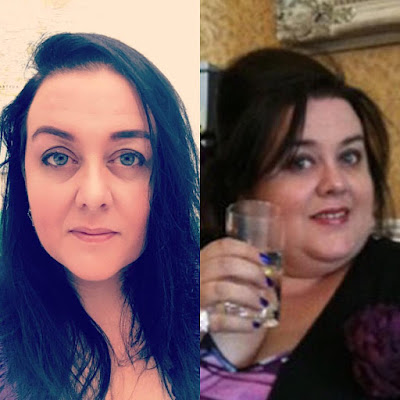 The Skinny Doll - Now vs Then 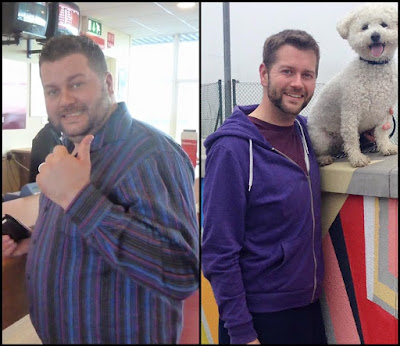 Here's the tally sheet if anyone wants to take part themselves, just right click on the image below and click 'Save Link'. Pop in the two names and let the battle commence... See you next week for the Results of Round 1 *eek* 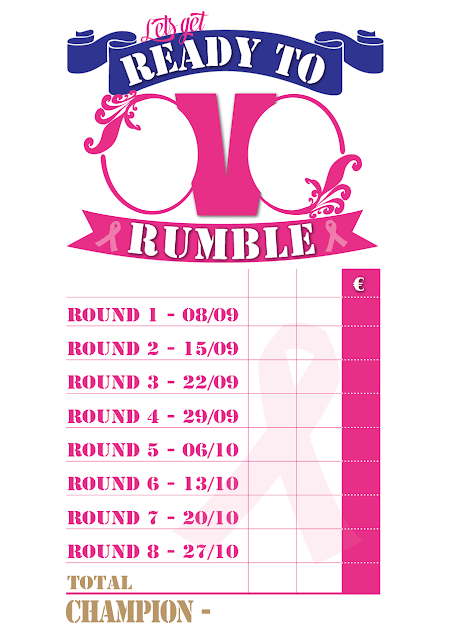