on April 25, 2015
I've been troubled about the upcoming marriage equality referendum since a local senator in Oranmore posted on Mother's Day (link here). This was the catalyst which started my involvement with the YesEquality group but more specifically, the Galway wing. Through YesEquality Galway I've met some absolutely incredible people who have really shown me the power of a community once they get together. 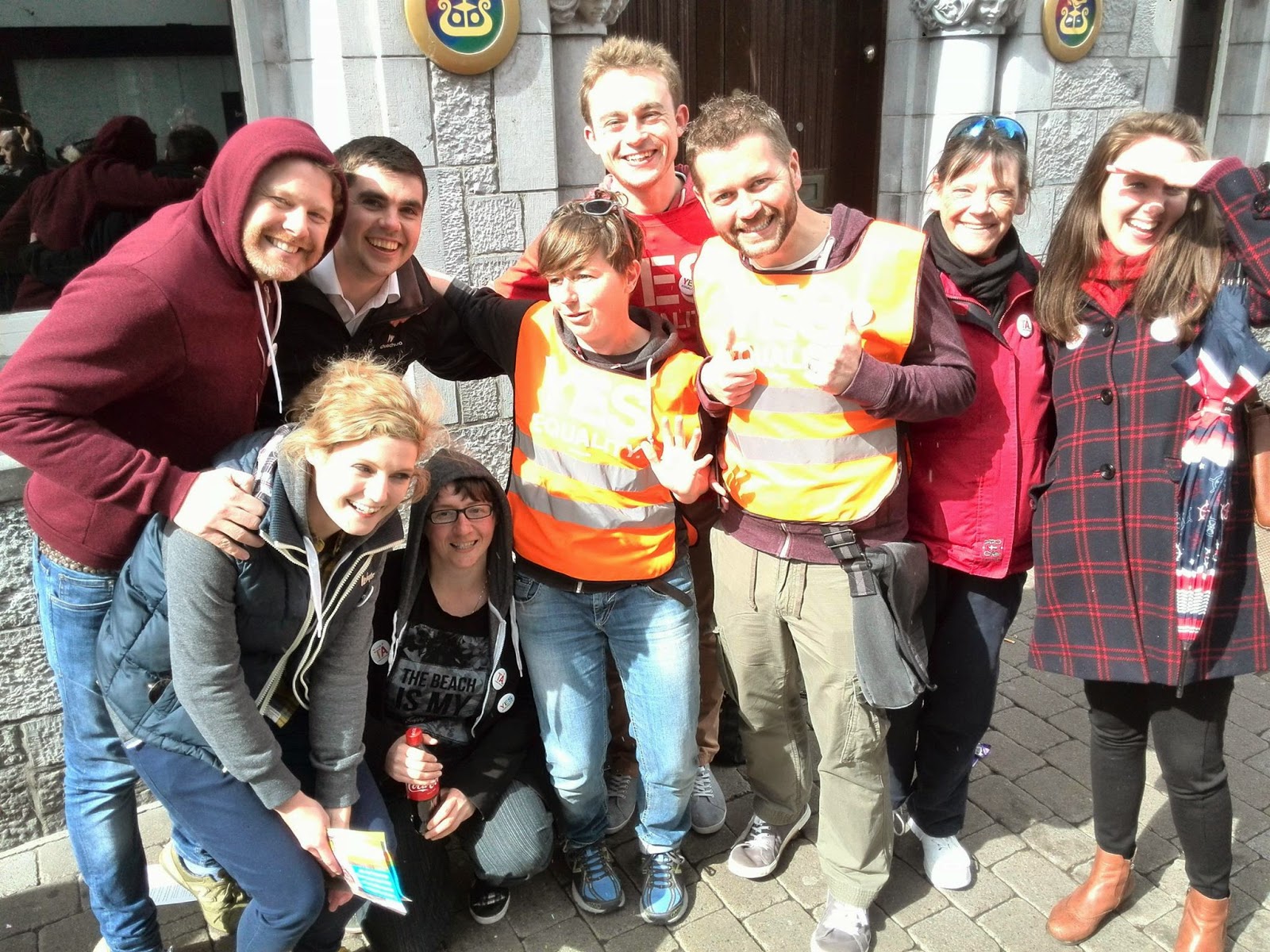 Anyway, last Sunday I was out doing what I love to do - run. I had a long run ahead of me so for nearly three hours it was just me and the road. While I run I'll either listen to a podcast/audiobook, blast some tunes or else just think. I've said before how running is the only real time I give in the week to myself to think/reflect/plan/plot... and somewhere around the backroads of Clarinbridge I had an idea.

There are so many incredible LGBT people and supporters around the country that are out on the street canvassing, calling door to door and fundraising for YesEquality. These people connected through their belief in an equal, fairer Ireland where marriage is marriage regardless of whether its between two men, a man and a woman or two women.

I've experienced this sense of community before... with my running buddies. I've turned up at races on my own before and you'll always find someone to talk to. People have their own stories, their own reasons why they run and their own motivations. Regardless of your past (remember I used to be over 19st), all that goes out the window as you run towards the finish line. I know runners who were told they'd never walk again after an accident let alone finish a marathon. My point being, all is fair in running - no one is judged on anything other than the race, and in that regard the only person you are in competition with is yourself.

This is why I decided to set up the Facebook group: Runners for YesEquality, where runners joggers and walkers both LGBT and straight can show their support for their fellow LGBT runners. 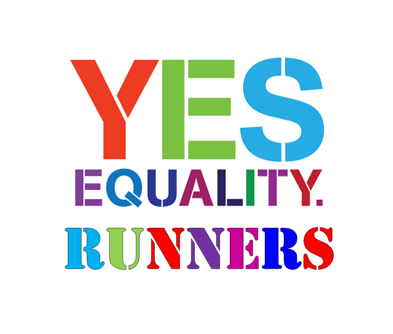 Since Monday, the page has gotten over 450 likes. I've contacted as many running & athletics clubs I could find on a county by county basis. So far I've contacted all the clubs in 15 counties to which 8 have already supported. 2 counties (Roscommon and Dublin) jumped onboard without any prompt which was amazing! 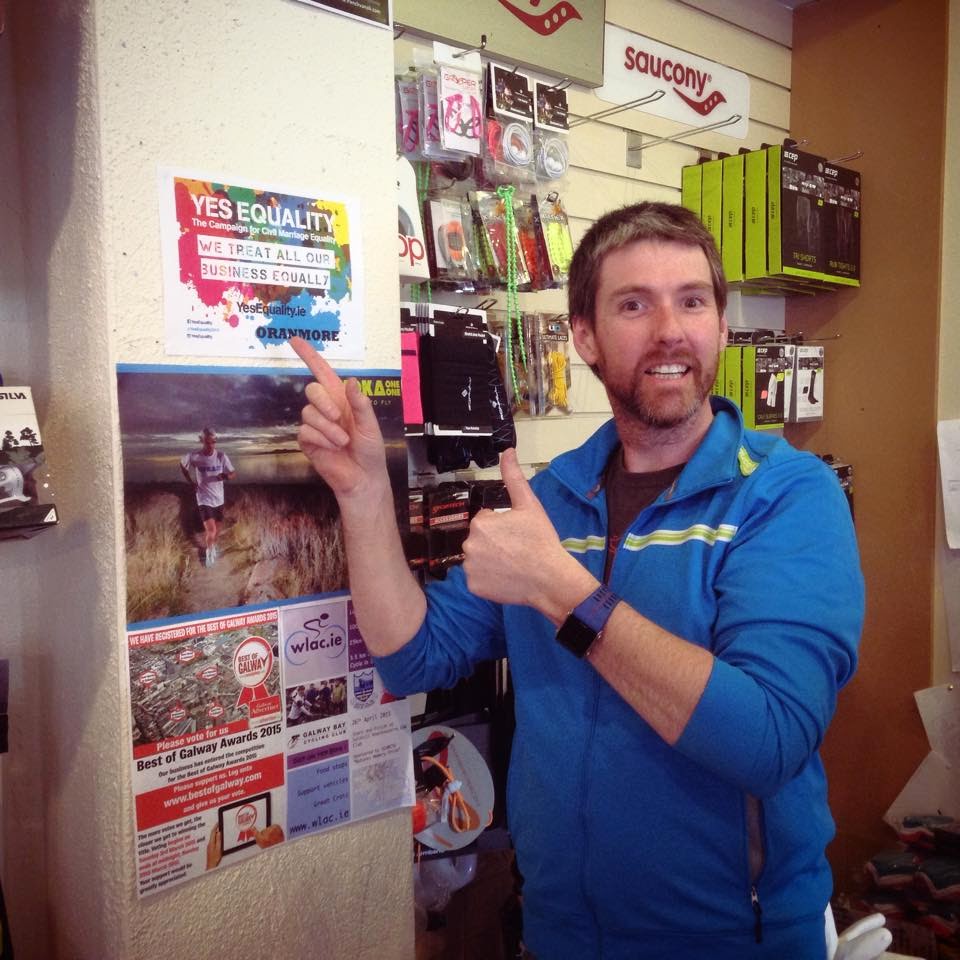 We start at the same start line.
We cross the same finish line.
We are equal.