on May 01, 2015
The 2015 Galway 5K series kicked off on Tuesday night in one very wet Athenry! For the first time it about three weeks, it rained. Myself and Aisling collected our bib and timing chip and then hung out in the car in the run up to the 8pm kick off. It was a shame really as there is always such a great vibe at these races but hiding out to stay dry for as long as possible was more important. 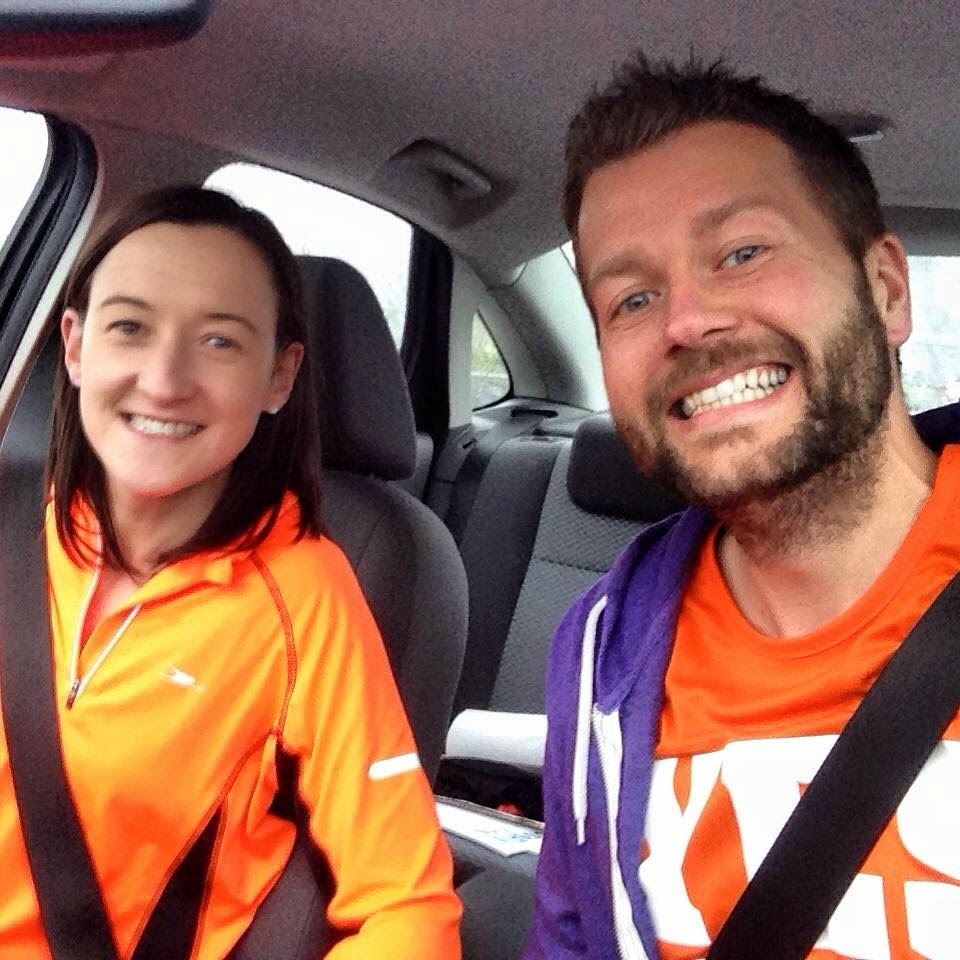 
I was aphrenrsive about how this run would go. I've been clocking up my milage in training for Cork (which is 4 weeks away!) but haven't been working on speed/short distance stuff. My average 5K at the moment is about 25 minutes (5:00/km). Last year I was running these 5K's in 21:30 which is about 4:20/km. I was aiming for somewhere in between the two times - around the 23:00 mark.

We made our way to the start line at around 7:50pm as the rain alleviated slightly. I met up with the gang from work (who I had cajoled to join me in wearing YesEquality running t-shirts). We warmed up and shortly after 8pm the race kicked off. 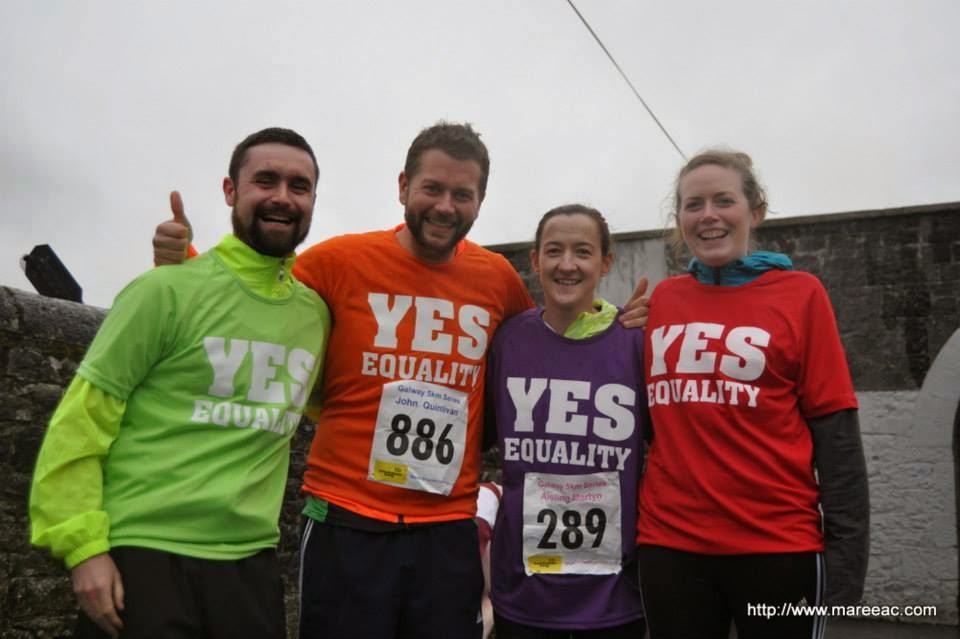 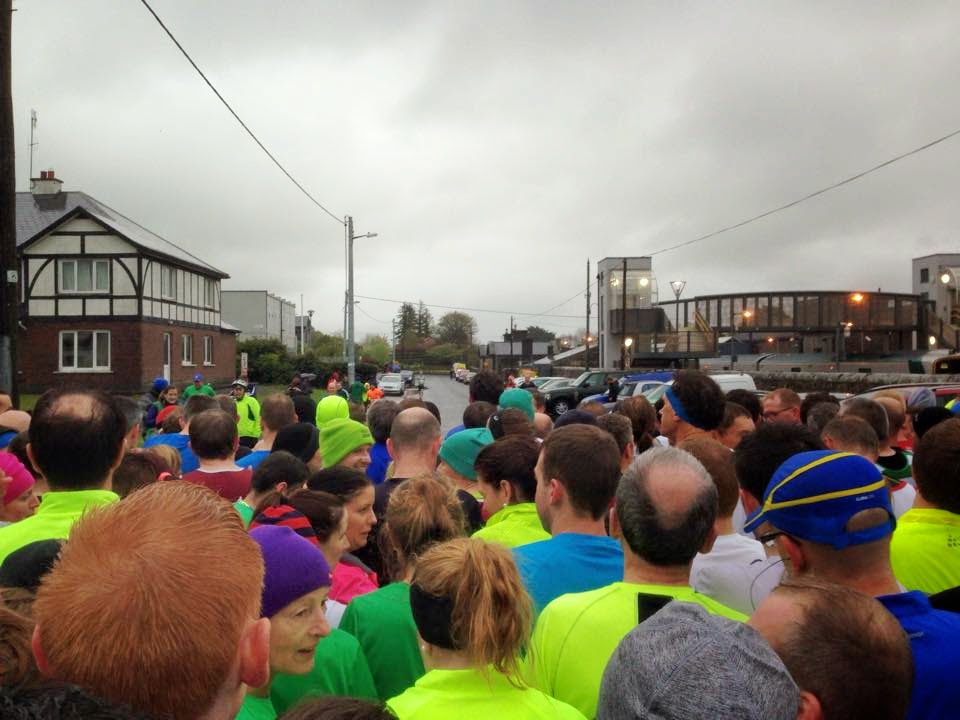 The route was the same as last year, taking us up around past the GAA pitch (and the finish line) at the 2km mark. I felt good and was happy to be clocking 4:30 per km. The route isn't particularly hilly so I just stayed focused on maintaining pace. The last 3km passed without much incident, I focused on pace and breathing as I crossed the line around the 22:30 mark. My official chip time: 22:21 - making me 50 seconds slower than my fastest 5K (21:29) but OMG oh so happy. My goal is to hit 21:28 over the next five weeks. Thats 10s I need to knock off each race, a measly 2s per km. 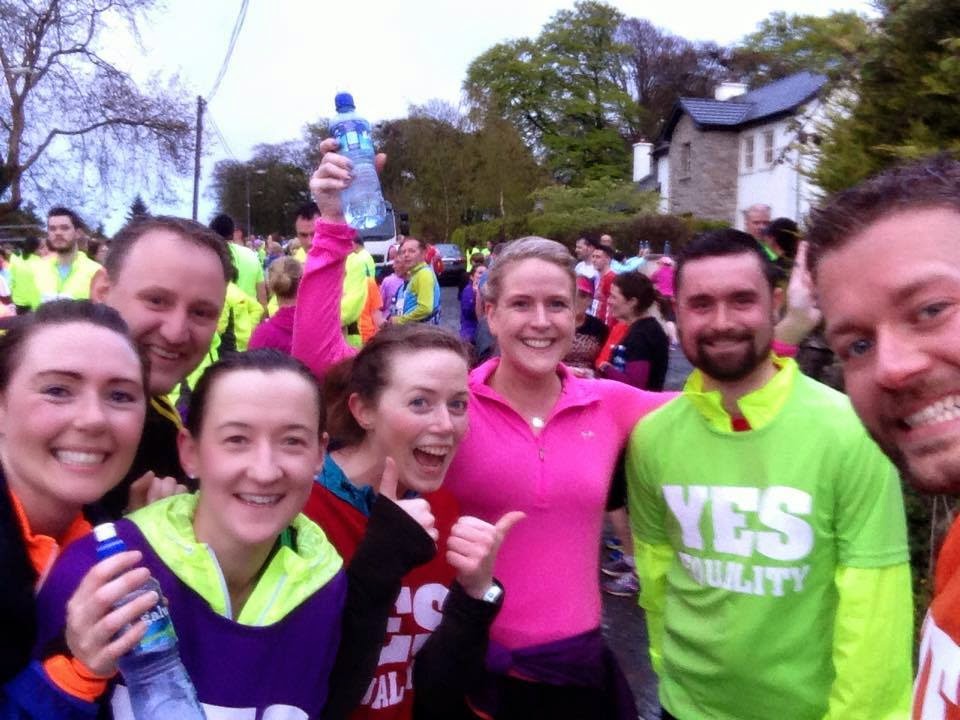 We waited around the finish line for the rest of the gang to come in. I've said it before and I'll say it again - the camaraderie within runners at a race is like something I've never experienced anywhere else. You'll talk to someone you'd never met before because they unintentionally motivated you during the run. You'll hug people you wouldn't normally hug. All's fair in love and war... and running!

I really enjoyed the wet first night of this years 5K and I'm looking forward to the next five Tuesday nights. Next stop: Loughrea