on May 29, 2015
Craughwell was back on the 5K series this year after being substituted by Maree last year. The route remained the same as before, starting at the National School and running down through the village before swinging left by the GAA pitch and left again around to the train tracks. Myself, Aisling and Yvonne headed out together and got in a pre-warmup selfie before running up and down the main road to get ready. 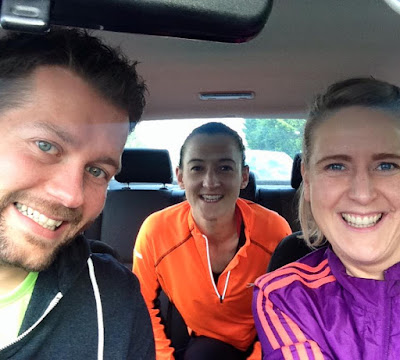 Myself, Ais and Yvonne


My goal for this race was to Sub 22, which would have involved knocking 5 seconds off per kilometre based on the previous race time. I forgot my headphones (second week in a row) so ended up running this one blind. My watch was bleeping every KM along the way but I wasn't really paying much attention to it, I just kept running.

The finish line in Craughwell is around a corner and up a small hill (bit sly really) so I kinda happened on the finish line sooner than I thought I would. I crossed at 22:13 so knew I had beaten my previous run in Loughrea, so when my official chip time came in at 21:50, I was delighted! With 21s standing between my 2015 5K series times and last years, I'd three more 5K races left to kick some ass. 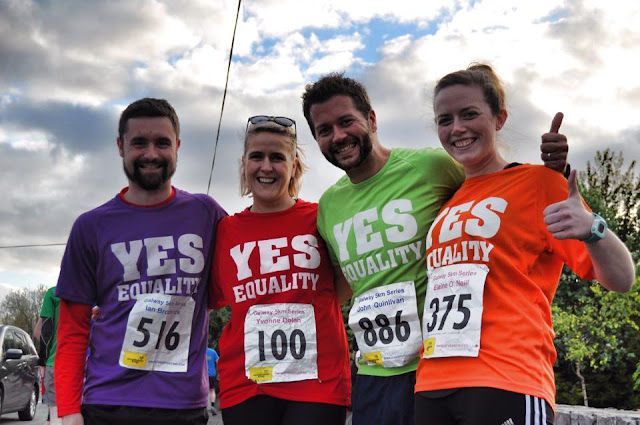 Ian, Yvonne, Myself & Elaine in our Runners for YesEquality t-shirts before the race 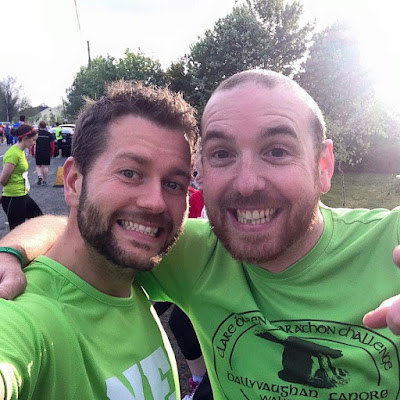 I also had the pleasure of meeting Matt Bidwell (from Fitness Analytics) before the race. His attitude and words of wisdom always stick with me - he recently said (which regards to a 5K race): If it ain't hurting, you aren't pushing yourself hard enough. Which really got me thinking, I don't know if its ever run hard enough that it hurt... Maybe I really need to up my game?
21 seconds 5k Aisling Brad Craughwell Elaine Galway 5K Series Ian Pace Race Rain Running Weather YesEquality