on January 25, 2014
Last Sunday (19th of January) was my first race of the year, the Tuam 8K. I was really excited for this one actually as it had been a few weeks since Athenry and I was excited to get my 2014 race counter off the mark.

I had asked around everyone had said they were doing it *eyeballs Phil, Brad and Noel* but over the course of the weekend I found out Brad hadn't signed up, Phil was away and Noel hurt his knee. I lay in bed at noon on Sunday morning thinking "If Gordon cancels, I'm totally staying in bed". I sent a text to see if he was still in and lay there enjoying how comfy my bed was when *beep beep* "Yep, see you there" message came back from Gordon.

I arrived in Tuam an hour before the race where after getting lost, found my way to the church and met Yvonne and Gordon. We picked up our registration pack (and free socks) and headed down to the start line where people were starting to gather. 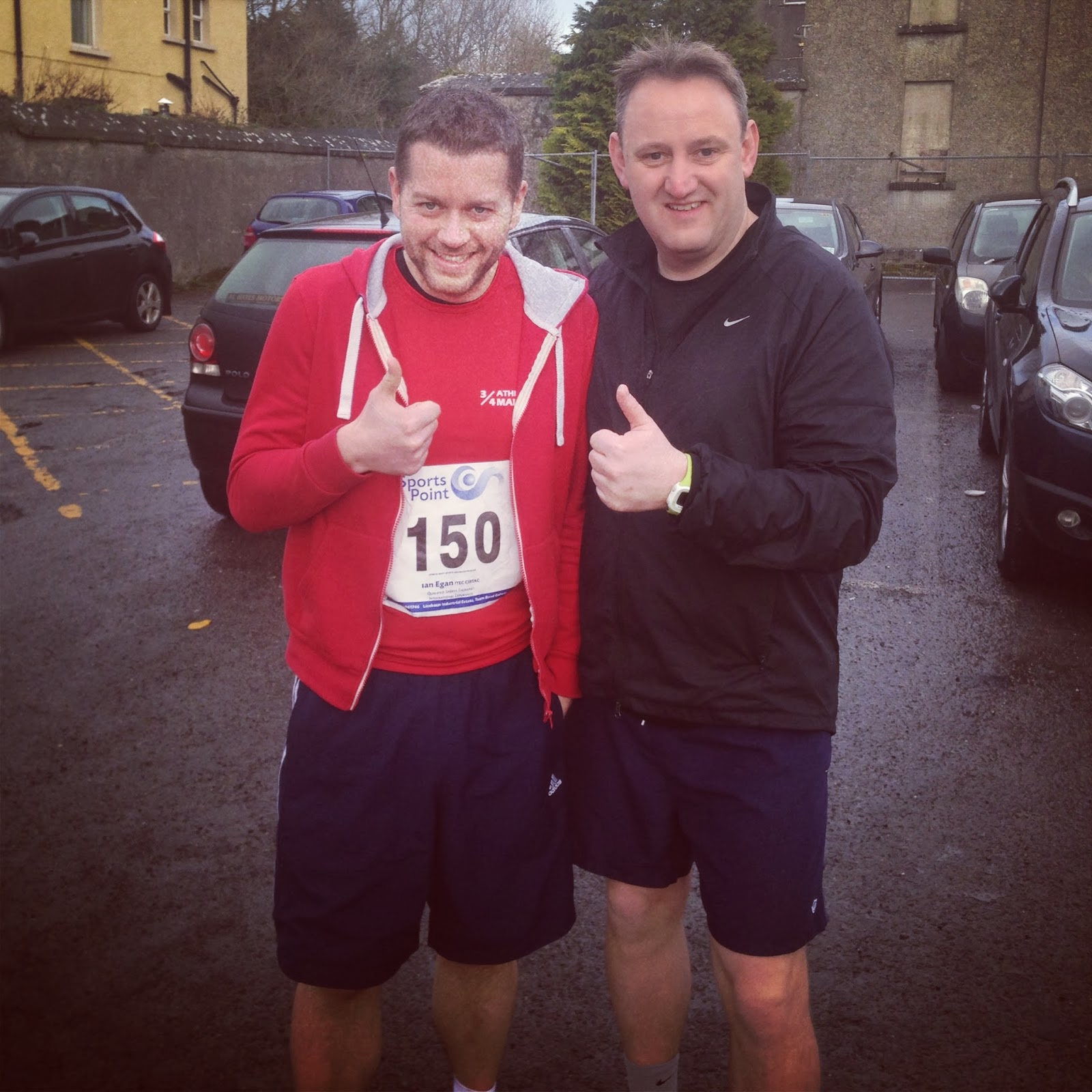 The race started bang at 2.30pm and I took off like a hare out of the traps at a greyhound track. I was as surprised as I'd say my legs were (they just didnt have time to process) when I hit the first kilometre marker at just over 4 minutes (making it my fastest km ever!). I knew I was going to have to slow it up a bit or I'd be dead by half way. 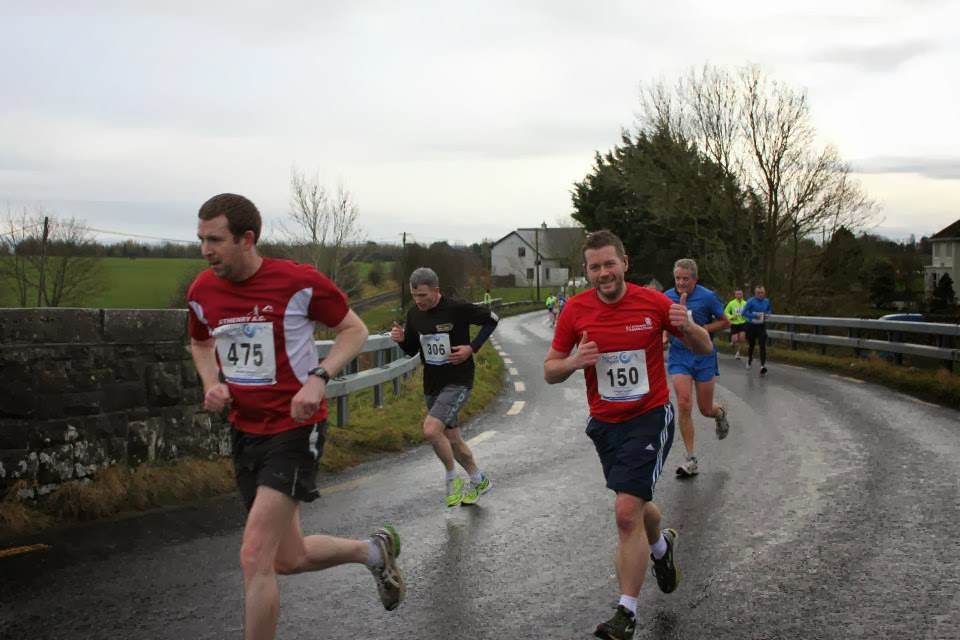 I thoroughly enjoyed this run. I knew once I hit the half way point it was pretty much a straight run back into Tuam from there so I took the boredom of a straight run and spent time doing what I do best on a run... Pick a person and go after them. Now this can be risky as you have no idea what the other person is like as a runner. They could be taking it easy for a bit about to ramp back up into a sprint, or likewise you could pass them and then become complacent only for them to pass you out again further in the race.

There was a woman at the Fields of Athenry who finished just ahead of me (I had spent most of the Athenry race beside or just behind her) and here she was again just in front of me as we passed the 7K mark. I had set myself the mini mission to pass her out by the finish line. I stayed right behind her as we came up the finish line but with a last burst of energy she took off and crossed the finish line before me. Moral of the Story: Find a new game to occupy my mind during a race.

I crossed the finish line at 35:55s, knocking over half a minute off my best 8K time! Gordon also ran his best 8K time. Delighted with ourselves after the race, we scooted off into Tuam and stuffed our faces with burgers :) The best side-effect from running is the guilt free munching you can indulge in post run. 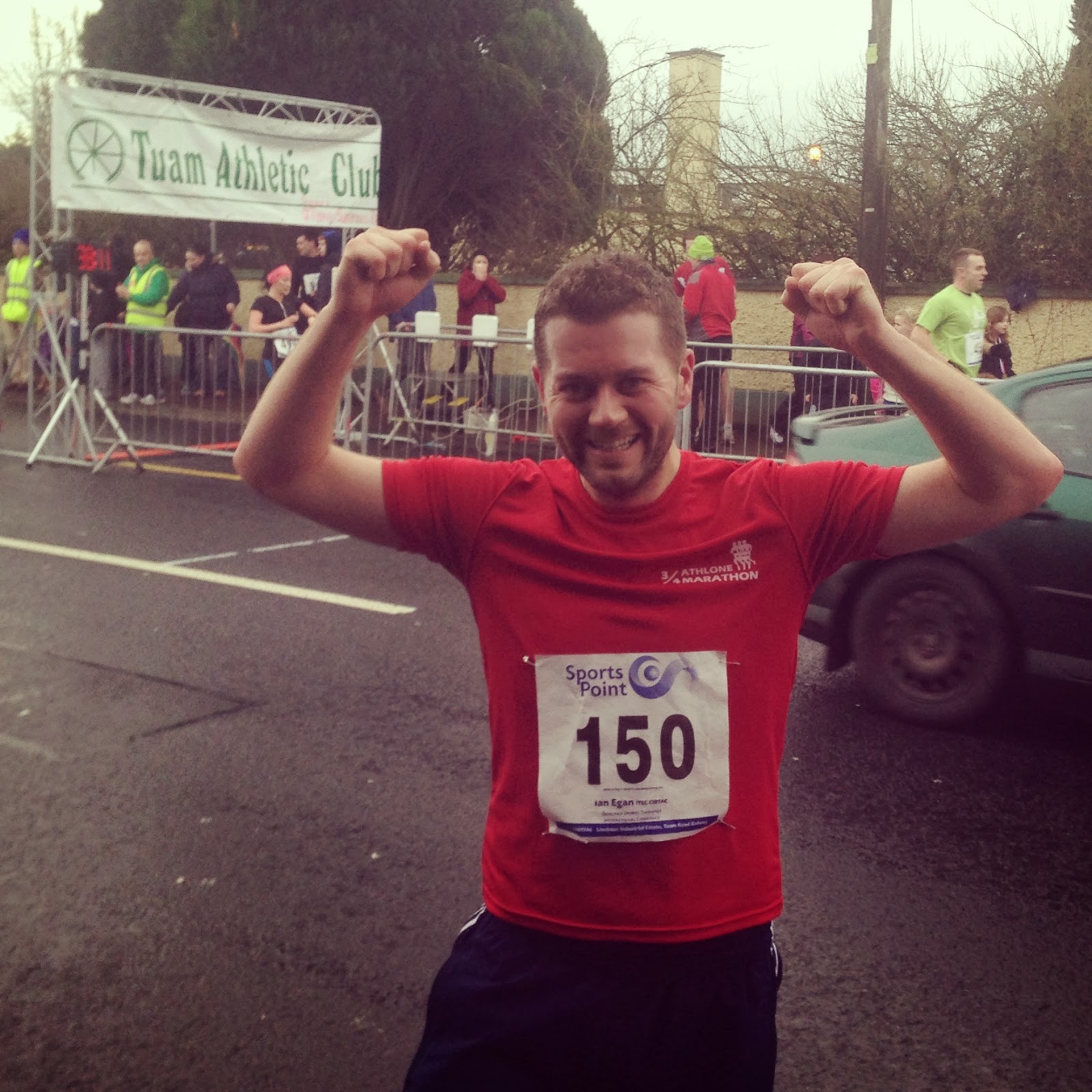