Getting a place in one of the World Majors

on November 22, 2014
Back in April, the ballot for the London Marathon opened (and closed within 24 hours) and I had registered my interest for 2015. Then last month I received this magazine: 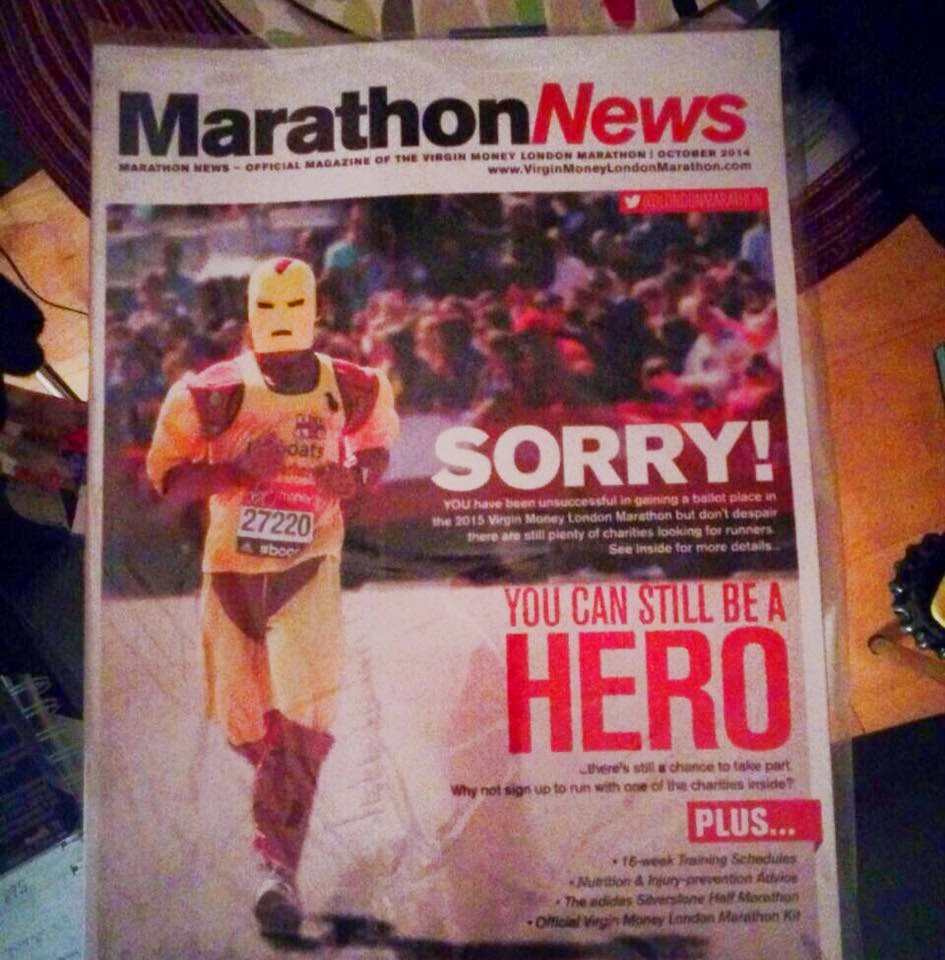 My dreams of running one of the World Majors has dashed for 2015 as the others: Tokyo, New York, Chicago, Boston were out of the question. I signed up for Tralee (which is now only 16 weeks away!) - better get running. At the same time, I saw the ballot for the Berlin Marathon was open for the month of October, with the decision being made mid-November.

On Thursday I got the following email: 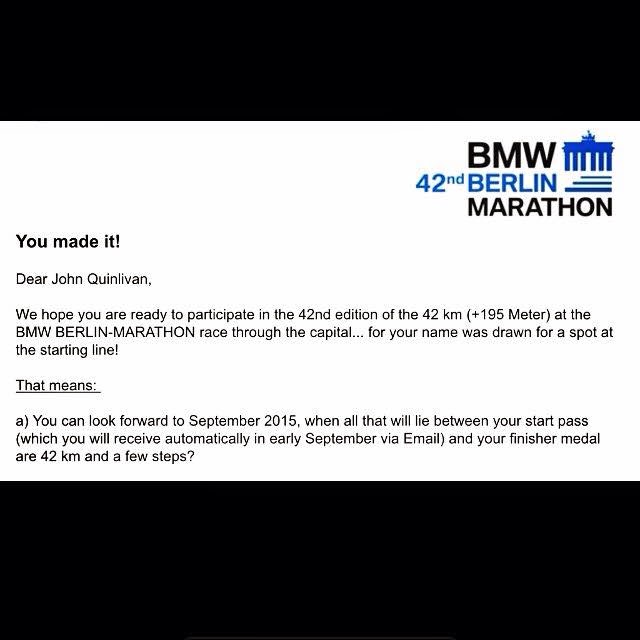 So it looks like I will make one of the World Majors in 2015. It is not until September 2015 but I am so psyched to have a space at the starting line. I have Tralee to keep my training ticking over for the next few months so haven't really thought about goals or training for Berlin just yet as my focus will be on smashing the goal I set myself for March 15th.