on January 17, 2015
I read a blog recently which compared weight loss, specifically motivation to lose weight with building a lego castle - and the image has stuck in my head. In her blog, Lyn talks about how initially the process of weight loss in motivating as you can see the results (and rewards) unfold right in front of your eyes. She talks of a Lego Castle, something you are so proud of as you put it together however near the end of construction you cannot find the next piece. While looking for it, you accidentally break off a piece already constructed - so you start to rebuild. This time however it's not as fun as it was before and in your haste, you break off another piece. Frustrated, you decide to give it a break for a while. 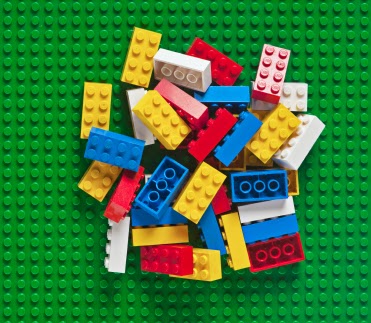 The story continues where a dog comes into the room and breaks another bit off the far end of the castle while you weren't looking. The story goes on and I totally get what she means, what do you do when weight-loss is no long enough to self-motivate?

For me my motivation has come from running. Running has always been my key. It was very self fulfilling, I was running more and getting better at it, so started to run faster. Because I was running more, I was eating more (and not the good healthy stuff) and some old habits slipped back in but I'd excused thanks to the running. In December, I ran nearly 270km, the most I'd ever run in a month. Going back to Weight Watchers in January I was hit with the following: 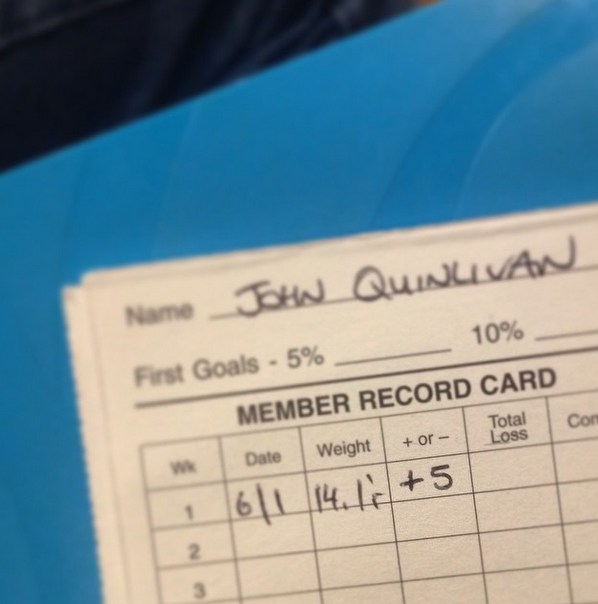 Ouch! That +5 actually hurt. It was like a slap that still stings when you think about it. I could see my lego castle now looking like Hogwarts in the final scene of Harry Potter after Voldemort attacks. 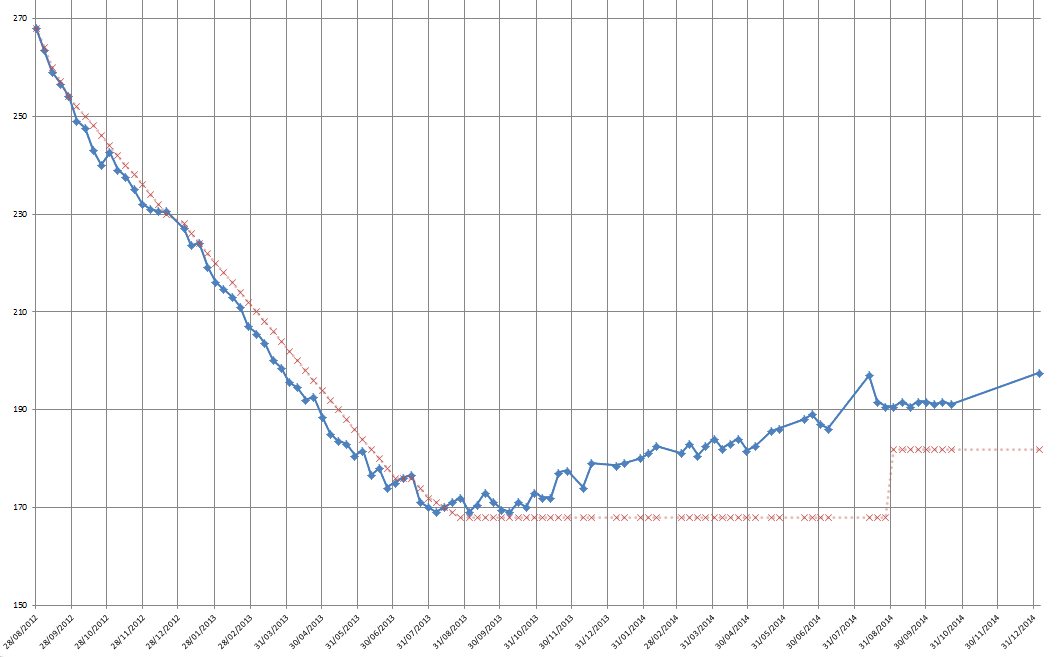 It took one year to build my Lego castle and then parts of it started to fall away. You can even see my attempt to re-motivate myself near the end of last year when I changed my goal up to 12st 7lbs (the red dotted line) from 12st. Despite my efforts, I've been able to recapture the speed, determination and resilience to chocolate I had initially. With my cheek still raw from the +5lb slap dealt on January 6th... I'm left standing at a crossroad... If I go left I'll demolish the castle or go right and keep building?

Demolish the castle or keep building?

I've said before and I'll say it a thousand times more - the hardest step is always the first one. The second hardest step has to be the one where you decide to keep going even when you can't see the finish line. Here comes the cold hard fact - There is no finish line. I really don't want to be one of those guys that is just focused on the number on the scale but it can be so difficult to overlook it.

The one thing I know more than anything else is the fact that I can build the castle, I've done it before. And I'll do it again. Motivation is like a tide, it comes and it goes. What I can do is work at it (my motivation) while it feels like effort and soon I won't even notice that I'm working at it. I've taken a step back and I know what I want, I know what it'll take and I'll work as hard as I need to to build my Lego castle. 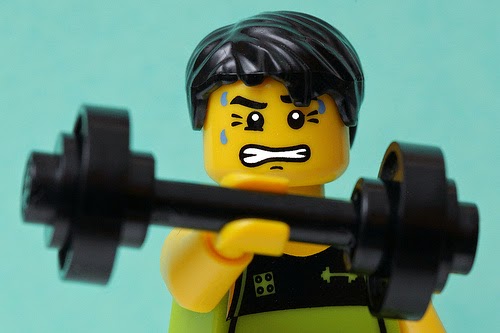