on June 04, 2015
This year, the Galway City leg of the 5K series changed venue from the Racecourse to the Airport in what was a first for me - running on an airport runway. The route was two laps (a shorter 2k followed by an extended 3K lap) of the main runway in Galway. The sun was out and there was plenty of parking which lead to a really easy evening. The atmosphere was great around the place while people wandered air-side to see what the penultimate leg of the 2015 5K series had in store. 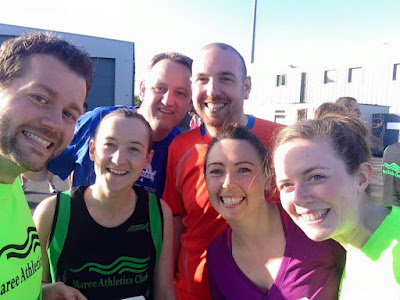 Myself, Gordon, Aisling, Brad, Marie and Elaine before the race


I was apprehensive about the route because it's as flat as they come - no twists, no hidden surprises, no sneaky hills to throw you off. I also wasn't feeling 100% following a weekend of drinking (oops) and a hangover which ran in Monday but either way, I said I'd give it my best shot. I'd also missed the previous week's run (Claregalway) as I was canvassing ahead of the marriage referendum. 21:50 was my best so far this year, with 21:29 still within reach - I figured I had nothing to lose by giving it what I could. 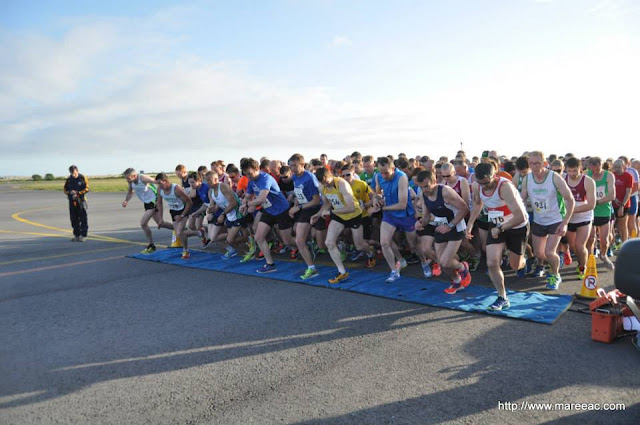 And we're off (Pic from Maree AC Facebook - Link)


The first lap (2K) painted the picture for the second lap - the runway was long and bleak. With nothing to take your attention, it was straight ahead. Seeing the leaders coming back up the runway toward you is a bit of an eye-opener but the opposite was also true. As I turned at the bottom of the runway, you really get to appreciate the volume of runners both ahead and behind you. It's something you rarely see when you are in the middle of a race. 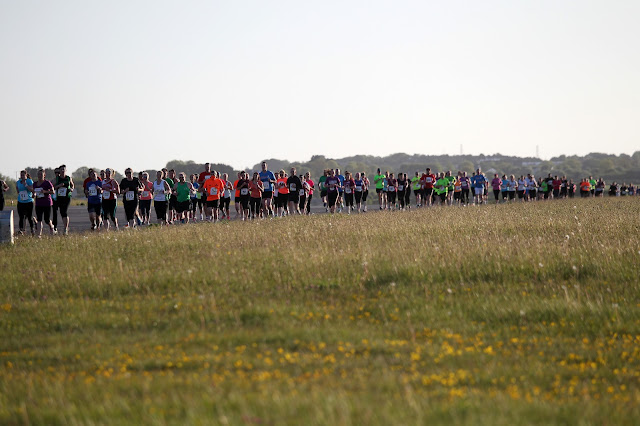 
We passed the finish line at 2K and took off back around the runway (this time with an extra bit at the beginning). Again, distracted by watching the people both behind and in front of me, it helped pass the otherwise long stretch back down the length of the runway before we turned (4K) and headed back to the finish line. I crossed the line under 22 minutes with an official chip time of 21:47 - three seconds faster than Craughwell two weeks previous. 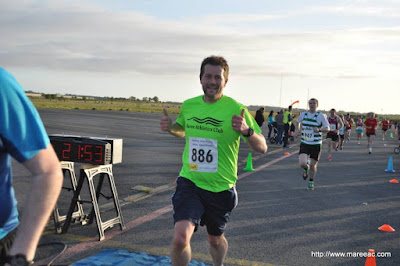