How my day at WellFest went...

on September 20, 2015
WellFest was described as a "unique one day festival in Herbert Park, Dublin offering a wide range of health and fitness activities to attendees". Myself, Aisling and Donna bought our tickets before the timetable had been released so we didn't really know what to expect but we had nothing to worry about, they day was quite simply... fantastic! 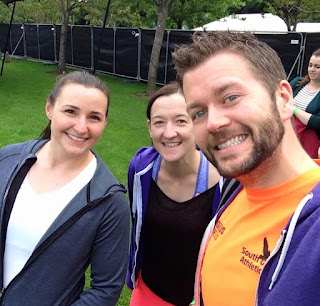 Donna, Ais & Myself in the queue


We arrived just before 11am and following a quick look around the festival site, myself and Aisling jumped right in to the Les Mills BodyAttack class (link here) which was starting at the main stage at the top of the festival ground. I don't think either of us were expecting a full 30 minute workout class but it was brilliant. It was a high-energy fitness class with loads of running, lunging and jumping with strength exercises like push-ups and squats all over some blasting pop tunes (like Bruno Mars Uptown Funk). 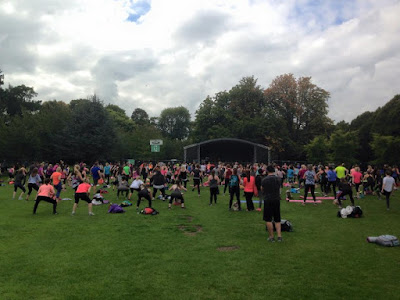 Myself & Aisling are in that crowd somewhere

I think doing an impromptu high-energy, full sweat class first hadn't been on either of our agendas so we took it easy for the next hour. We made our way to the WellTalk tent (via some fab Glenisk yogurt samples and some Keelings strawberries) and caught the Food Demo by The Happy Pear. We even met them afterwards and got a pic (obv!). We had a wander around the WellVillage and sampled some popcorn, protein balls and chatted with the companies promoting their wears. 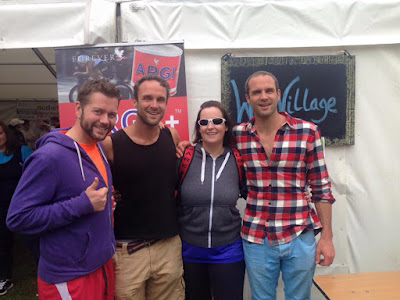 We grabbed lunch at one of the vendors in the food area and found a patch of ground which we made our own. If I was to have one negative/suggestion for next year about the event it was the lack of coffee. In fairness there was one van with two people working as hard and fast as they could but the demand was far greater than they could handle. Donna queued for 45 minutes to get a coffee. Nope, nothing is worth that (she did say it was lovely but still...) 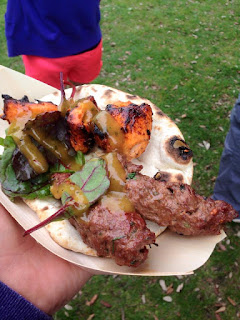 Lunch: Protein BBQ Boat (which was basically a kebab!) 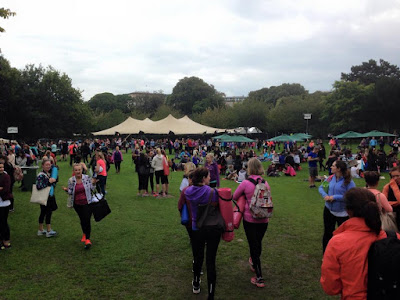 After lunch we made our way back to the WellTalk tent where we caught Sarah Doyles talk on 'Body Image and Self Love'. It was brilliant, nothing like a huge boost of motivating talk to put you in a good mood leaving the tent. If you want to check her out, her website is: www.thebetterlifeproject.ie. The post lunch slump had well and truly settled so myself, Aisling, Donna and Edel made our way to the Spinning Tent (which was being run by Cycle Studio - link here) where I took part in my first ever spin class. It was bloody brilliant - I was properly wrecked afterwards! 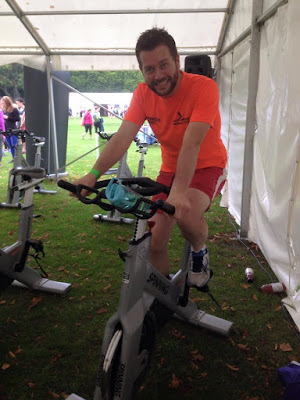 After spin we had 45 minutes to recover before we went to a 4:30 talk on Strength & Core for Injury Prevention which we followed up with a Workshop on 'Play' which was getting us to use play & natural body movement as a form of exercise instead of the rigid/sturdy movements used in Crossfit. As a result of going to these classes we missed the opportunity to see Bressie's talk (which was amazing by all accounts). 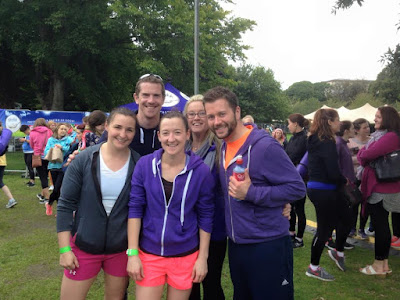 Wrecked out - Donna, Padraic, Aisling, Catherine and myself after a long day at WellFest

In fairness to WellFest, it delivered on every account making it a fantastic and very worthwhile event. I really hope its back next year. They were fortunate with the weather as it's hard to see how the day would have worked in the rain. We came, we worked out, we ate, we listened, we spun, we played. Well done WellFest!
Aisling BodyAttack Bressie Coffee Donna Dublin Edel food Glenisk Herbert Park Hungry Les Mills Padraic Protein Spinning Talks The Happy Pear WellFest