An Evening in Verette's Kitchen

on November 19, 2015
Last Thursday evening, I left work early and travelled down to Patrickswell (just outside Limerick) for an evening in Verette's Demo Kitchen and I had an absolute blast. Verette is an amazing woman who I've had the absolute fortune to know online for the past few years. She is this years Weight Watchers Leader of the Year, she is also a chef and from her kitchen she teaches a variety of cookery classes and demonstrations all with a healthy eating perspective. 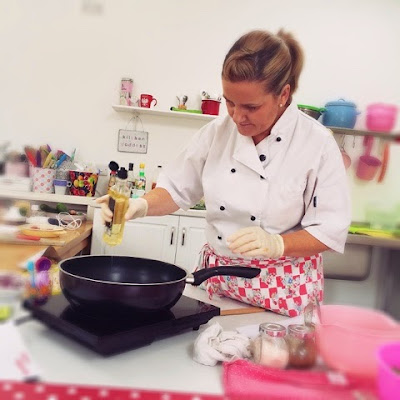 The kitchen is set up so all attendees sit around the hob while Verette took us on a cooking adventure. She does a range of classes from 'Curries in a Hurry' to 'Just Desserts', Fish & Italian. Last Thursday night however was a 'Starter, Mains & Dessert' class promising to walk us through a complete meal which you could prep for well in advance and deliver on time without much effort on the day. 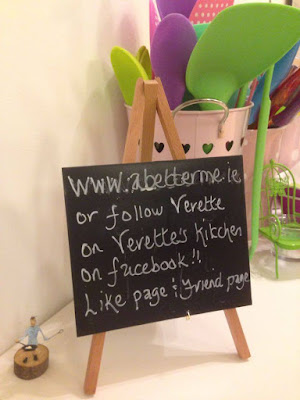 I'll be the first to admit, I am so lazy when it comes to cooking and the kitchen. I'm lucky enough to have married someone who absolutely loves being in the kitchen. (Hey, I'm good at the cleaning up part). I rarely venture around the hob apart from making soup or tuna pasta but that's about as far as my cooking skills go so I was curious to see how the evening would go.

The class, which ran for over two and a half hours, was interactive, fun, informative and really really great. Verette started by whipping up a batch of hummus and paprika tortilla chips which we devoured while she moved on to preparing the Starter - a goats cheese and onion marmalade tartlet. We all asked questions varying from 'How many propoints are in a block of goats cheese?' to 'Where did you get that garlic crusher?'.

The best part was getting to eat the dishes as they were being made so you could really get a taste for what you could cook. Mains was a salmon & penne dish while dessert was a delectable mixed berry crumble. We were given so many ideas throughout the evening about customisations and tweaks to the recipes we'd been given that would easily change them up should you need it. Add Beetroot or Roasted Red Pepper to the hummus, use apple stew with the tartlets for a mini-apple tart or add lime & ginger but biscuits to the crumble for example. 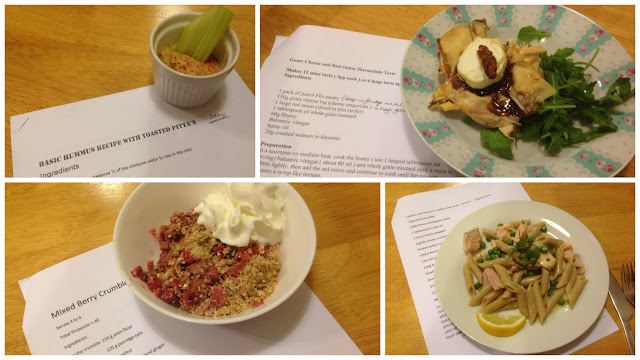 What I loved was how easy Verette made everything seem to just whip together. Since the class, I've been eager to get into the kitchen and actually prepare a full meal for my husband who I think has never had a meal cooked for him (by me) in the eleven years we've been together. He won't know what hit him :)

So if you are looking for a fun evening out learning something new or just increasing your healthy meal options, I cannot recommend a trip to Verette's Kitchen enough. I know she does some demos out of her kitchen like the one coming up at the end of November in Athenry (Saturday, November 28th at 2pm). Keep an eye on her website for different classes as something might take your fancy - it's www.abetterme.ie. 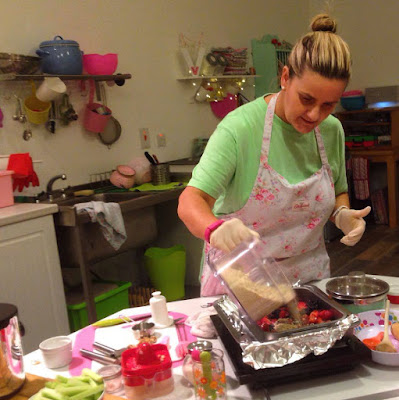