on December 18, 2015
For the past two years I've taken part in Amphibian King's RunStreak - There is only one rule and that is to get at least 30 minutes running in for each of the 31 days of December. This year I joined the Marcothon December Challenge, similar enough rules but it allowed for walking/cycling as well as running. On December 1st, I went out for my first run in two weeks (since the Sixmilebridge Marathon on Nov 15th) and my foot just didn't feel right afterwards.

Following consultation with myself (sure why would I bother seeing a professional about this), I decided to lay off my food and just take it easy - so for the next week I went for walks instead. My foot is ok in that I can still take part in Bootcamp twice a week but I have been afraid to go back out on it. I really should probably get it checked out. Anyway, here is the update - Days 1 to 15! 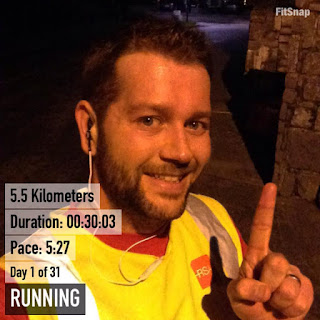 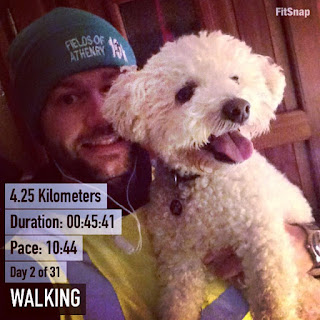 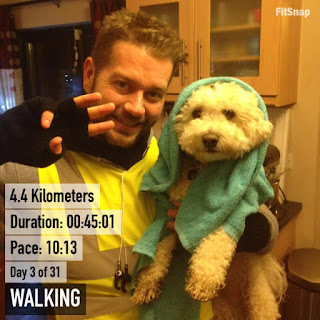 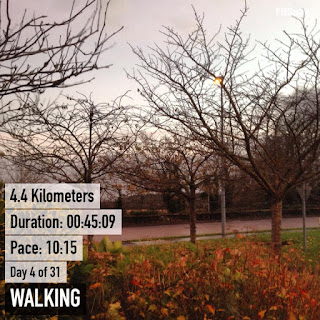 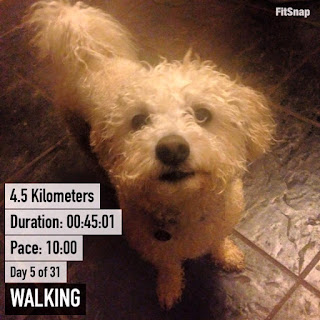 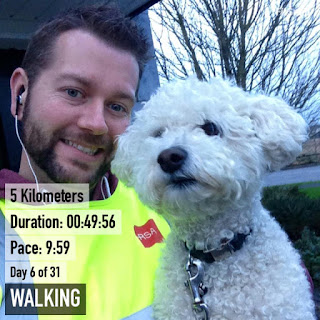 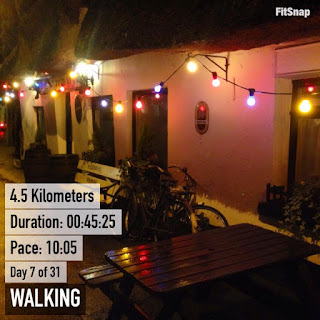 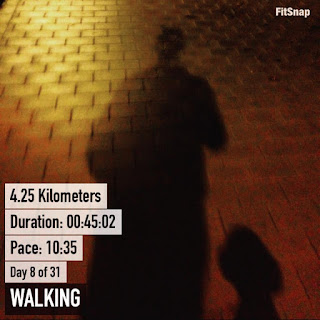 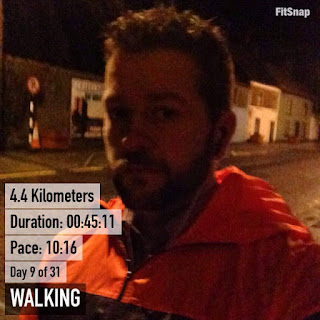 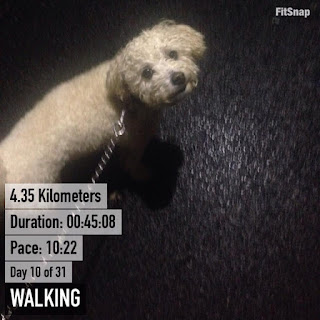 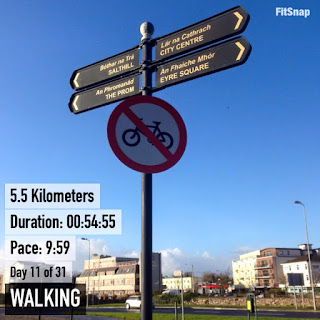 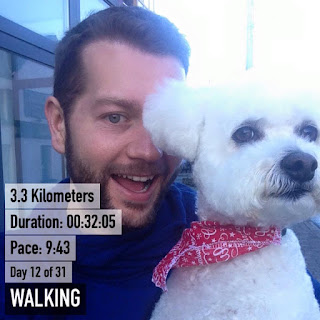 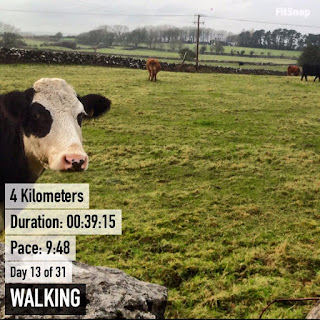 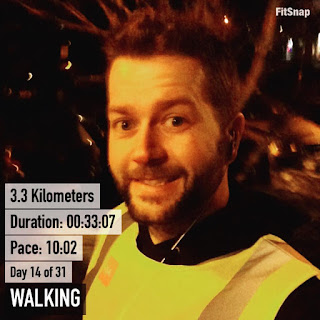 So there you have it - 65.25km clocked up (which would have been much higher if I were running). I really miss going out for runs but I think its more important to give myself time to recover. I'm loving having the challenge though as its really motivating me to get out the door every evening despite the temptation of just collapsing on the couch after work. The dog doesn't know what hit him he is loving all the outdoor activity he is getting!