on January 10, 2016
I couldn't really think of a better way to kick off the new year than with a 13km hill run (thats a joke by the way). Phil mailed me during the week challenging me to the run around Slieve Aughty (which is located between Gort and Loughrea) and I'm not going to lie... I was interested! 2016, new year, something new so why not? Myself and Phil headed off for the Start Line well before 10am but encountered lots of flooded roads and detours along the way which meant we only arrived at registration less than 15 minutes before kick off. 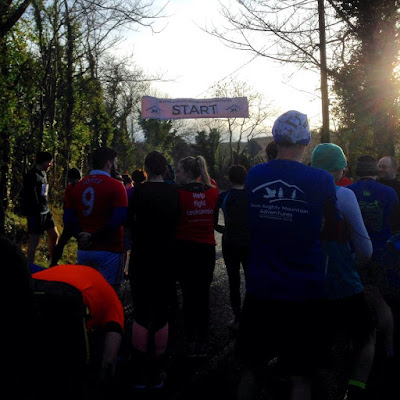 About 100 gathered at the start line for the 11am kick-off where both the 13km and 6km participants took off together. I knew the first 2.5km was uphill but I had no idea what was in store of me. We took off with great gusto but I don't think I'd reached the first km marker and I was already feeling dead. The ground was so soft it made it so difficult to run through. My feet were soaking and covered in mud and I only had another 12km to go! We were running uphill through bog, streams and field crap, skidding, slipping and tripping over. Just before the 2.5km marker, the route split and honestly I've never considered packing in a race before but it took some inner strength to keep on the 13km path as we continued uphill. 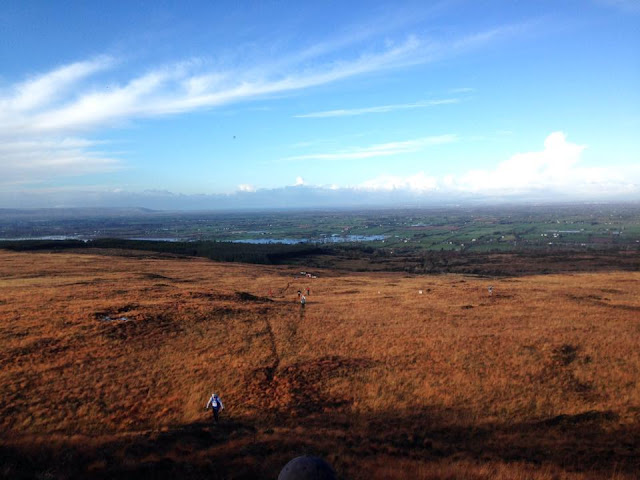 The view from the 2.5km mark (with other runners making their way up behind me)

From there, the next 2.5km was through bog, field and trees - I really can't believe the difference it made both to my energy and time. The chat was great between other participants as we complained and navigated our way off-road, through streams and around tree branches. 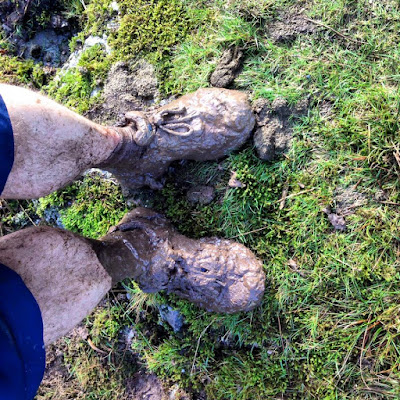 My feet, half way through the run

At 5km, we came onto a dirt track and there was a water stop (like an oasis in the desert) before continuing for the next 3km through the wind turbines atop Slieve Aughty. It was awesome - and nice to use the road to pick up some pace as the past few kms were quite slow. One of the most surreal parts of the run was running up-hill directly under on the turbines - you could feel the wind coming off the blades as it spun. 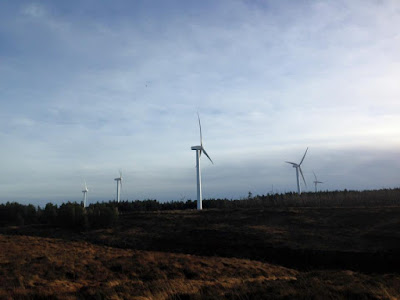 We went back off road at 8km and I knew the next few kilometres were going to be like the first few - only this time we were going downhill and I was more prepared for it. As the majority of the runners were ahead of me at this stage, the path was well worn out which made it slippier and (I think) more of a challenge. There were two parts in particular where you had to go down through a stream and I slipped on both. I was more worried about making sure I didn't lose my car key which was foolishly in my (zipless) shorts pocket. Th ecourse turned out on to the main track shortly after we had started on for the final 2km descent back to the start line. It was messy and I went over on the same ankle twice (ouch). 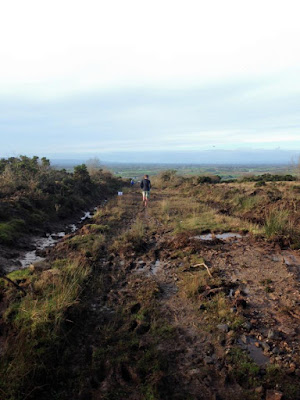 I crossed the finish line at 1:47:45 - bananas. I've ran half marathons faster but never under these conditions. I still can't tell if I enjoyed the experience or not but it most certainly was something new. We finished up in the main hall (after washing my shoes/feet in a nearby stream) where we were treated to hot coffee, sandwiches and jaffa cakes - what more would you want after two hours up a mountain! At least it didn't rain or else it would have been hell mountain... 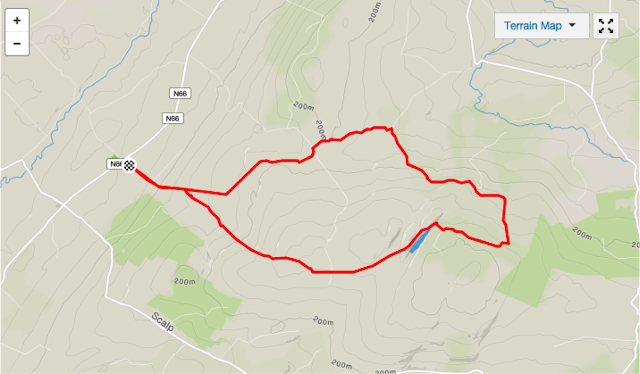 Route Map and Elevation (from my Garmin)