Look for the Silver Lining!

The previous Tuesday I sat down beside my other half and an opened box of chocolates and over the course of a movie, reckon I helped polish off the box. Last Thursday I went to the cinema. Last Friday I went for lunch in The G with a friend and then we scooted off to the Cupcake Bakery to sample some of their mouthwatering cakes. Over the weekend we were babysitting our nephews so I had a takeaway and numerous half eaten bags of buttons/fudge bars etc that were lying around after the kids had discarded them for something else which must have caught their fancy. 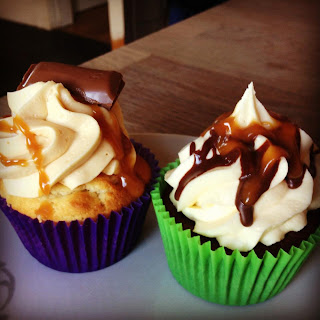 The aforementioned cupcakes from the Cupcake Bakery in Galway

Over the weekend we also visited a friends house who had cooked us a massive 3 course Indian lunch, which was followed by a visit to another friends house who had just taken macaroons out of the over (so of course I had to try one!). On Monday I was running late coming home from work so picked up another Chinese Takeaway and on Tuesday at work I resisted the temptation of cake which was being dished around for a colleagues birthday but had 4 chocolate digestives (10PP) and a slice of pizza which work had supplied us with in exchange for spending our lunch hour at training. (I didn't stay for the training but still managed to get my grubby paws on a pizza slice). 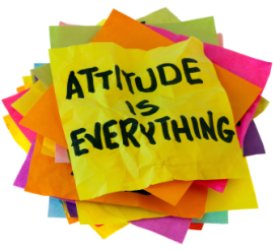 The difference however between this time and other times I have been up in Weight Watchers has actually surprised me. Yes I had a great weekend. Yes I wasn't able to resist most temptations thrown at me and yes I did enjoy my cupcake, my pizza slice, my biscuits and my takeaways. So I am not and do not feel guilty about having been up in Weight Watchers. Yes it brings my 'Actual Weight' (the blue line) close to my 'Target Weight' (the dotted red line) as shown below - BUT... I am still on track (beating my target), I am still exercising, I am still getting faster, better, stronger and slimmer. Think positive! 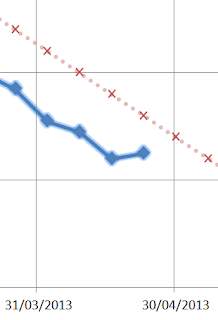 So for this week I have set myself a mini challenge - to go back to basics. I am tracking everything that passes my lips. I'm weighing my pasta/rice portions like I used to when I started WW last year, I am looking up points of things I already know but just to make sure I am right in my assumptions about the points in things. I was quite surprised how quickly my points go when you do track - and it helps keep you grounded in the moment and not let yourself spiral out of 'control' like I did last week. While a bag of crisps may be "only 2PPs" - having three bags over the course of a day without pointing them as you go can be dangerous as you don't know where you stand.

I've said it before and I'll say it again... If only WW points were like your bank account that would just 'Decline Payment' before you eat anything once you have spent your points, life would be so much easier! 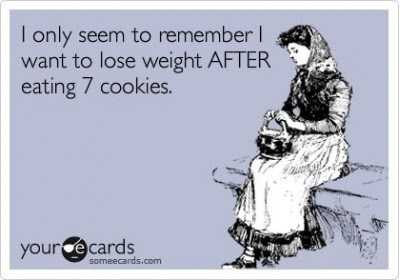