Which I didn't hit: 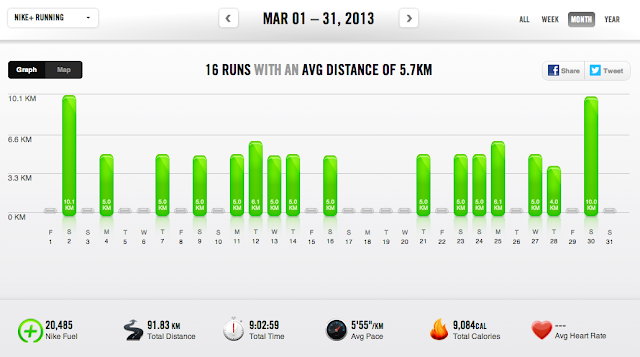 While I 'only' hit 91K in March I am still rather pleased with my progress. I have ran two 10K races this month, and if I hadn't gotten man-flu last week (see that gap from the 17th-21st), I would have totally hit my 100K goal.

Also, this didn't account for any walking I did in the month, which if I look at my RunKeeper app amounts to... 72.7K 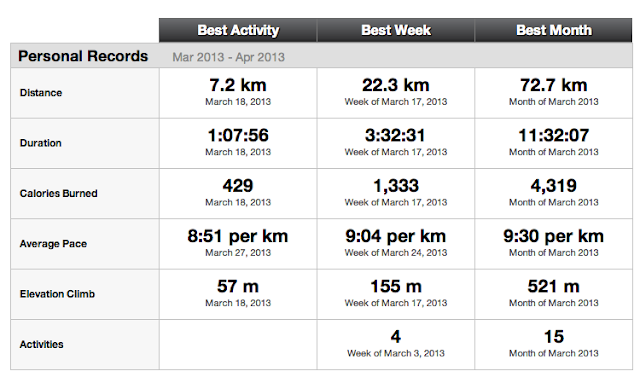 When you throw in all the Level 1's of Jillian Michael's 30 Day Shred, I think my Easter Egg was well deserved yesterday! I savoured every bit of it :) I'm also 8.5lbs lighter than I was at the beginning of the month so it's Win-win really!

So where does that leave me for April?

I'm going to set two goals - One straight-forward, one multi-faceted (I love the word multi-faceted, I've just been waiting for the right time to use it in a Blog Post).

If I apply my SMARTER goal setting strategy to April, I get the following: