A Case of Mistaken Identity

on July 29, 2013
It happens... We often mistake someone for someone else. When my friend Clair had twin boys two years ago, I would walk into the room and be like "Hey... you..." when I'd see one of the boys. People have often gotten myself and my brother mixed up too so I guess genetics have a lot to play in the case of mix ups.

On Saturday night, I was out in Ennis with some friends at a 30th birthday party. Friends of my Mum & Dad came in and I went over to talk to them. The conversation went something like this:

Me: Hi, How are you keeping?
W: Grand now. How are you finding the pubs in Ireland?
Me: Ummmmm *looking confused*

It was at this point we realised that he thought I was the birthday boy's Australian other half. We laughed it off but I was left wondered had I over-cooked myself on holidays. Maybe my tan made me look exotic? Hardly, half of Ireland are currently red from all the sun they've gotten over the past three weeks themselves. I'm not that tanned am I? 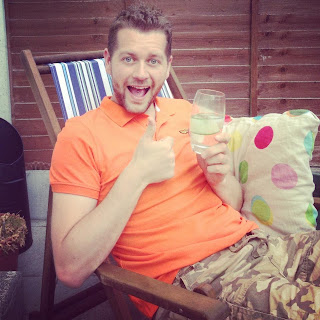 The same thing happened earlier this week in work. I passed a work colleague I wouldn't know too well in the corridor and I said 'Hey' as I passed. The following day in work, another colleague told me how gobsmacked yer man was and how he didn't know me when I passed.

It's both flattering and kind-of alarming at the same time how unrecognisable I have become to acquaintances. Of course I see my friends so often they have been with me since I started on the Weight Watchers journey. Both my dad's friend and my work colleague I wouldn't have seen in about a year. In fact, the last time I saw my work colleague was on the now ill-fated Croagh Patrick climb last year when I had to stop for fear I was going to have a heart attack half way up.

11 months later and 97lbs lighter... I can see how easy it would be for someone to not recognise me. I suppose the real case of mistaken identity comes from within me. I'm just left wondering where this person within me has been the past thirty years! The John who eats salads (and enjoys them), the John that worries if he'll have enough time to get in a run after work, the John who gets up early to go for a walk with the dog instead of playing FarmVille (true story - don't judge me!).