One goal thrived, while another failed miserable - June Review

on July 02, 2013
I had set myself two goals for June, the first focused on strength and cross training, while the second was down to pure milage, which I'll talk about first.

My goal was to match the previous months figures, which meant: 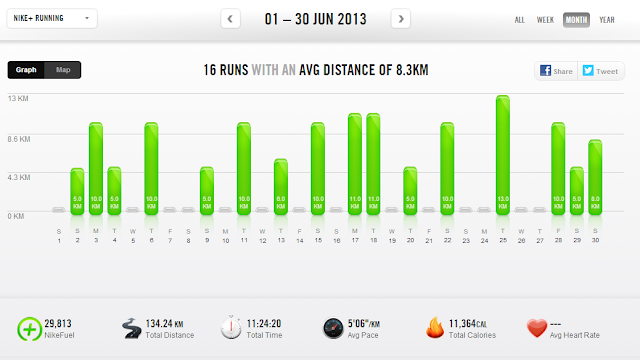 Now, before you start calling me Sonic or Mo Farah, I need to confess something about my first goal which was:

For that, I this goal, I get a big giant FAIL! Yep, I have not done a single speed or cross training session all month. Not one... I don't know why considering I know how important these are for a runner. I have been working on my strength primarily through increasing the time I spend stretching before and after a race along with my foam roller which I always get out following a run. My knee problems have subsided so I can only thank the foam roller for that. I think that is why I have been neglecting this side of my fitness goals.

It's been an awesome month out on the road and I am delighted with my progress to date. It's hard to believe that I class myself as a runner now. I've even found myself being envious of passing people out running when I am driving to work. That feeling isn't the same however when I am the one out running and people are flying past in their cars mind you!

Going forward (if this was work, I'd probably call Bullshit Bingo right now!) I have to admit I am kind of worried about the coming month. July is going to be interesting... because I'm off on holidays! I've two weeks off work so being out of my regular day-to-day routine may prove to be a bit difficult. Not having the weekly weigh-ins at Weight Watchers also scares me a little but I suppose it'll be interesting to see what happens when I loosen the reigns a bit. I have my second Half Marathon at the start of August so this coming month is actually going to be quite important if I want to beat my previous time (2 hours 1 minute).

I'm setting myself the following two goals for this month:

Last week I got to cash in my May reward - I flew over to London with my brother where we went to Viva Forever closing week. I'm so delighted we got to see it as I really enjoyed it! My June reward will be my Summer Holiday. Now while you might say that I was going on my holiday regardless of whether I had hit my goals or not (let's just skim over Goal 1 from last month), I have decided I deserve it. I'm going to enjoy every bit of it and I'm going to stay working away at my running. That's my plan :) 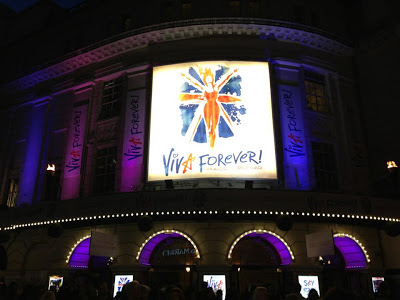 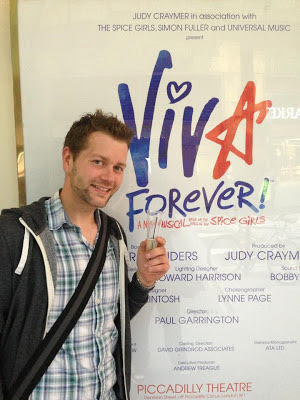