on November 02, 2013
With my first marathon under my belt, I hobbled like something from The Walking Dead back to the hotel. I took the walk to make a quick few phone calls and reply to some of the amazing messages that people were sending me. I've never felt so much love in all my life! My mind however was fixed on only one thing - a long hot bath, with as much suds as possible. We stopped in Lush just across from Trinity on the way back to The Westin where I had an in depth conversation with the lady working there about the regenerative powers of a hot bath.

How I imagined my afternoon

Bath Bomb in hand, I was happy out - that was until I got back to the room and received a call from Brad who informed me that he had just heard that a hot bath was out of the question! WTF! Apparently a 10 minute ice-cold bath was what was on the agenda! All I heard was Brad talking about something to do with muscle cramps and swelling. Figuring Brad (and the Internet) knows best, I waited for my other half to fill an ice cold bath and like stubborn dog, I had to be dragged to it. Post ice-cold bath (which was worse than the marathon itself), I had a glass of celebratory wine and climbed into bed.

How I actually spent my afternoon

I was woken at 6pm for dinner, but I woke up with only one thing on my mind... COCKTAILS! I've gone to so many different things over the past few weeks and declined a drink as I was running the following day - so just like the poster I saw one woman hold up which read: You don't have to train tomorrow!, I obliged and devoured my celebratory cocktail. 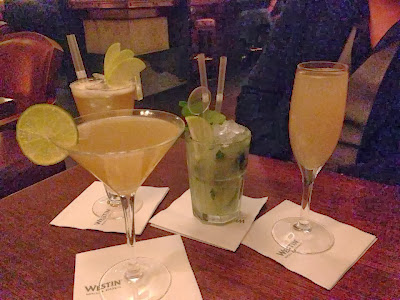 After cocktails in the hotel bar, we went to Pitt Bros BBQ place on George St where we met up with more friends and didn't leave the place until I had meat sweats! After food we went to The George and had some more celebratory drinks. As the conversations continued and drinks kept flowing around us, I found myself getting more and more tired. By 11.30pm, I knew it was time to call it quits and hit the bed. 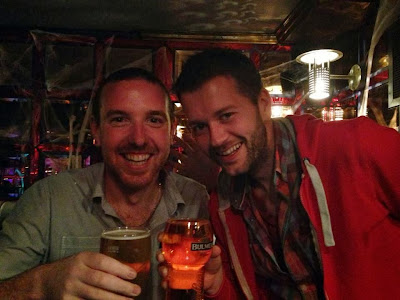 Who run the world? Myself & Brad!

It's insane how much can change in a single day - and as I feel asleep, I remember thinking the same thing I thought this morning as I woke... When was the last time you did something for the first time? Another one of my all time favourite quotes is: It never gets easier, you just get better at it!

With that in mind, I'm already thinking about the next race, the next training plan, the next marathon.