on November 07, 2013
On Monday I did something I'm completely ashamed of. My other half was off work sick so was understandably resting up in the bed sweating away the pain. I said I would take care of dinner (how sound am I?) and so on the way home from work that evening, I stopped into Tesco to find something I could make for dinner.

Here is where I broke the first Weight Watchers rule my WW leader Phil is always saying: Fail to plan, plan to fail.

So I wandered around Tesco aimlessly wondering if I would make pasta? Maybe I should take the easy option and just buy a frozen pizza? As I walked around I picked up a bag of fresh cookies from the bakery. They were on offer and they just looked so delicious.

Here is where I broke another cardinal Weight Watchers rule: Never shop when hungry

As I wandered around the shop, I also picked up a tub of Häagen-Dazs, a bar of Green & Blacks Chocolate and a big bag of crisps. It was ok though, these were for my other half! Ah hello like, this being the same other half who was sick and currently occupying under a duvet.

Here is where I broke yet another rule my WW leader is always saying: When shopping, ask yourself who are you really buying these for?

If I'm honest, I really was buying them for my other half but with the secret intention of having a sneaky bite while the tub/bag/pack was open. Anyway, I finished walking around the aisles, paid and left the store. I devoured two large cookies before I'd gotten home. 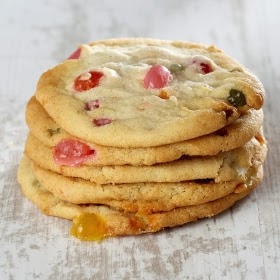 Nothing annoys me more than thoughtless eating. It's such a waste. What scared me was what came next. I sat in the car parked in driveway and thought about either eating the remaining two cookies or should I throw them in to the sulo bin before going into the house as I knew I'd be "caught out" if I went in with an open pack of cookies.

By "caught out" I mean having to verbalise to someone else what I had just done. Not that my other half would have cared that I opened the pack of cookies or that I had eaten two, but sometimes just the fact you know you'd have to explain out loud to someone else why you did something is enough of a deterrent. I sat in the car for about 5 minutes thinking about what I would do. I hadn't even really wanted them in the first place! I went in the door with the half pack of cookies in my hand and presented all the sweet treats I had just bought to my other half. Thankful but confused as to why I had bought a load of sweet things when I was only stopping into Tesco for something for dinner really got me thinking. 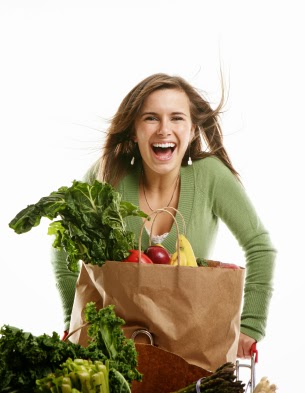 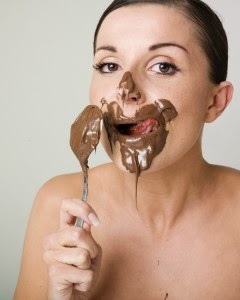 Why did I buy all that junk? Surely flowers or a card or even some new PJs would have been better (and probably cheaper) than all the junk I had just bought for no reason.

So what do you suspect happened next? Go on, take a guess... Yep, After dinner I ate the other two cookies followed by some ice-cream. It's three days later and I'm still suffering from "the guilts".

You see, I suspect this is the start of an old friend of mine raring its ugly head - Mr. Self Sabotage. For the past 12 weeks I have been playing with the same few pounds. Up one, down two, up two, down one. I wouldn't mind, it's not like I haven't been working at it! I do feel like the marathon and training has kind of taken over the past two or three months and with that, I have been excusing myself for the lack of progress on reaching my primary goal: Hitting Goal.

I've said before (here) that "while hitting goal is important to me, being healthy and happy is more important to me." and while this rings truer than the fact the pope is a Catholic, that still doesn't mean I'm going to just lie back and take it. I need to hit goal for myself. I feel like I've become within reaching distance of goal but just can't reach it. For the past few months the volume of exercise I have been doing has probably taken the blow of a lot of these types of slip-ups.

Three weeks ago I was 0.8lb off goal. Yep, a cats whisker away. Two weeks ago, I was up 1lb, so 2lbs from goal. Last Tuesday (the day after the marathon), I went in for weigh-in partially believing this week could be my week... SURELY the day after a marathon I'd have to have lost 2lbs. Nope. Up 3lbs! On Monday night, the night before my weigh-in I went and splurged on cookies and ice cream.

The worst part about all of this, and the reason why I think I am feeling so guilty is because at this weeks weigh in, I was down 1lb. Phil, my WW leader has another Weight Watchers rule: If you've had a bad week, you need your meeting. If you have had a good week, your meeting needs you. This week I really needed my meeting - not because of my slip up on Monday but just to regather my goals and refocus.

I'm know that in exposing Mr. Self Saboteur to the world, I will refocus. It's 6 weigh-in's to Christmas. I am 4lbs off goal. Losing 4lbs when regardless of whether you are at the start, middle or end of your weight loss journey doesn't make it easier or harder than a different 4lbs. 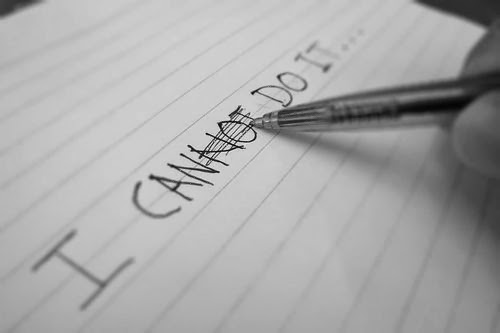