on February 08, 2014
It's been a while since I've given a marathon training update and following the update from the people behind Connemarathon that this years race has fully sold out, what better time to update the blog on how my training has been going. 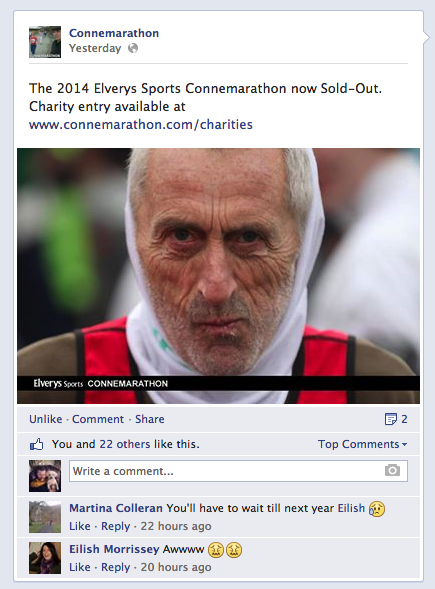 You are either in or out

I'm one third of the way through my 12 week training plan and I have to admit, I'm finding it harder to follow this time around then last year (despite it being the exact same plan). I'm still highly invested in running and my desire to get to the finish line come April 6th is as strong as it was before, its just finding the motivation to complete each of the week-day runs is proving quite the challenge.

I have hit each of the weekly long runs but finding the time/energy/motivation to get out and clock up the mid-week kms has been tough. Its dark in the morning before work, its dark in the evening after work. Work has been up the walls busy. It has been windy. It has been raining. It is cold. My list of excuses could go on and on but do you know what... It's bull-dish really. I read somewhere that excuses are the adult version of 'The dog ate my homework' and it's true.

Focusing on the positives, I have been running at least 4 days a week (one long run, three 6-to-10k runs). I've been going to Bootcamp twice a week. I've been out walking the dog (which makes me feel better for missing a run as the dog "needed" a walk which would take the same amount of time a run would have. I've been running with my friend Aisling who last week, ran her first ever 5K without stopping. I've taken part in the Tuam 8K and have the Maree 8K coming up on Sunday. 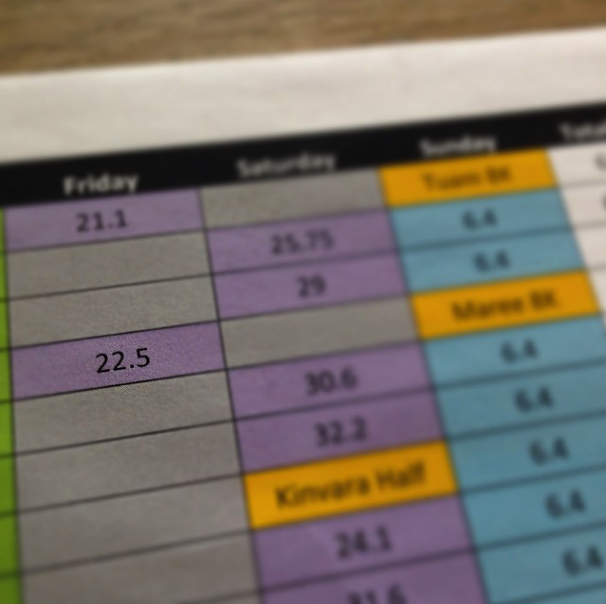 Snapshot of my training plan

When I am good - I'm great! I had missed my long run at the weekend a few weeks ago thanks to my other half's 30th, so I set my alarm for 5.30am and got it in BEFORE work as I knew I wouldn't do it after work. While I felt amazing going in to work that morning, it was tough to keep the energy up at work throughout the day. When I did get home that evening, I crashed on the couch and fell asleep by 8pm. 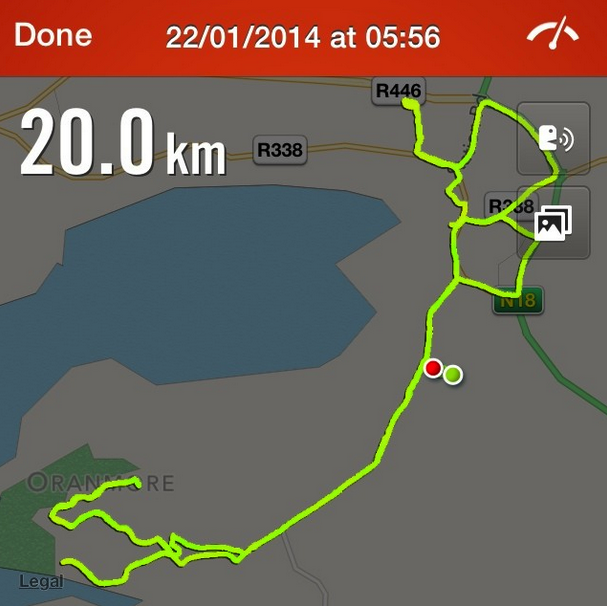 So I'll keep on running, and while I'm not up to the KM coverage I should be hitting weekly, I am getting the long runs in. Last Sunday morning I lay in bed having that 9am 'Will I just get up and do it?' battle so many runners have. Getting as far as the door is honestly the hardest part as I know as soon as I am out there, I love it! 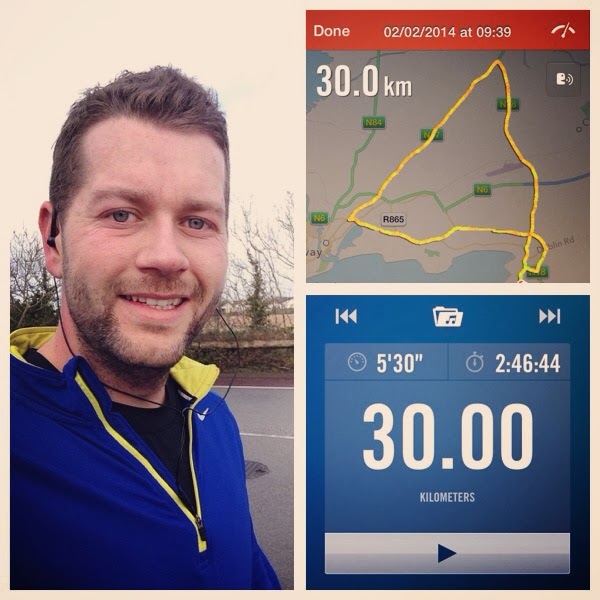 Yesterday, following a filling at the dentists I headed out for my long run which was planned for 14 miles (22.5km) with half of my face numb. Drinking water was my biggest challenge but it kept a (lopsided) smile on my face drooling while I ran. There really is no better feeling than having your long run out of the way before the weekend get started, leaving me more time to do the finer things in life... like making/eating cupcakes!

Hard to believe this time 8 weeks I'll be staring the Connemarathon right in the face! Where does the time go?