on February 12, 2014
Last Sunday was the Maree 8K, a race I had been looking forward to for some time. It's my home ground and I know the roads around Maree like the back of my hand. Surprisingly, I had never run the 8K route in daylight before, so running it on Friday before the race seemed like a good idea at the time but actually seeing how hilly the route is in the cold hard light of day is a lot scarier than heading uphill with just a running light on your head.

This race was also special as it was my friend Aisling's first ever race. Aisling trumps me in terms of getting from 0 to 8K in a matter of weeks and I couldn't be prouder of her. Like a woman on a mission, I never doubted her ability but it was great to see those virgin-runner-butterflies in someone else. Myself, Aisling, Brad and Sinead gathered at Maree Community Centre before the race to pick up our bibs, have a chin-wag and warm up before the race. 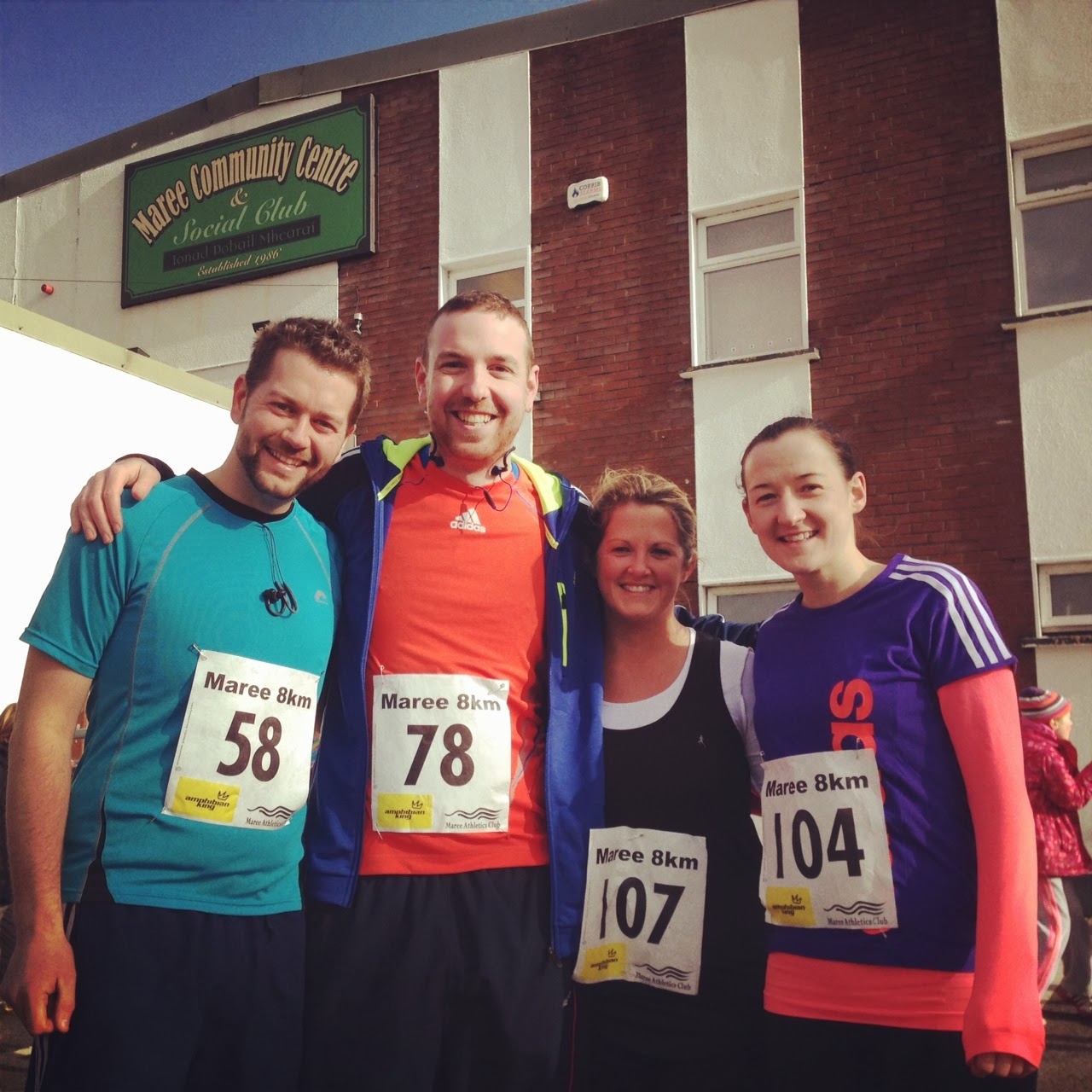 The sky changed from what had been a bright blue Spring day to what looked like the apocalypse just before the race kicked off at 1pm. While the rain held back, jaysus the wind didn't! The first 3KM out towards Tawin Island were facing the wind head on which was... refreshing to say the least. It definitely cleared my head :) I knew this route had a turn around point which added a nice touch between 3-5km to actually see people both way ahead of you and behind you at the same time. 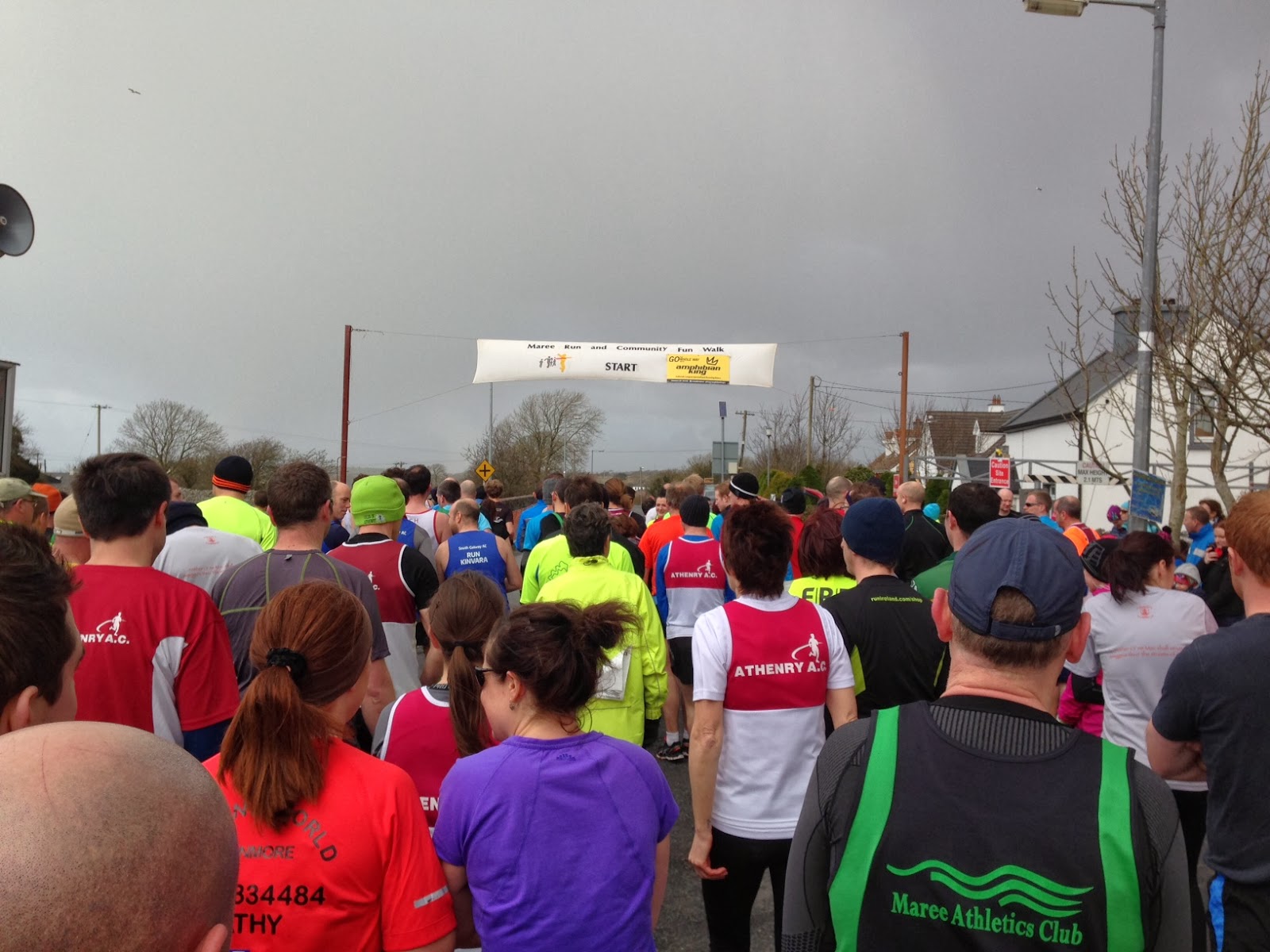 Waiting for the gun
What I mean by that is... I have never seen anyone lead/win a race (usually because I'm tucked up safely in the midst of the crowd), so seeing the race leader charge past me was kind of energising and motivating. Likewise, seeing familiar faces in the crowd like completely failing to deliver a High 5 as I passed Phil added a nice touch of something different to this race. I also kept my mind and eyes busy keeping a look out for Sinead, Brad and Aisling too.

The run continued past the Water Station at the 5K mark up yet another hill and around some tight roads barely wide enough for a single car. Having the wind at my back made the second half of the race seem easier than the first half. I had been running alongside the same woman for most of the race so a part of me did feel kinda bad when we turned the corner towards the finish line I turned it up a gear and left her behind.

I crossed the finish line just after 37 minutes (Chip Time: 36m 59s)... no new records today but still not a bad effort considering with wind and the hills. My guilt for speeding past that woman was further confounded across the finish line when she came up to me and said she just couldn't keep up with me. Sorry :( I hate it when you have your sights on someone and you just never catch up to them. A bit disheartening but at the same time it can be a fun game to play when out running. 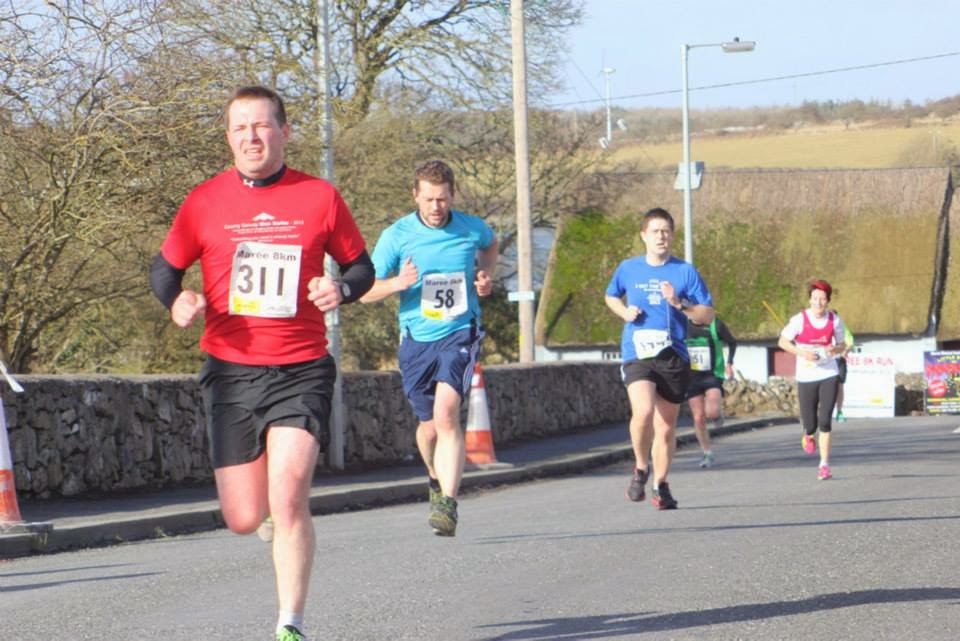 I cheered as Aisling, Brad and Sinead came over the Finish Line. The sun had come out and the crowd were buzzing around Maree Centre. Once all across the line and suitably recovered rehydrated & recomposed, we headed in to the Community Centre for what was the best spread I've ever seen after a race. My favourite was the little guy experiencing emotional turmoil at the vast selection of goodies laid out in front of him :) Like a kid in a candy shop, I kinda felt the same. 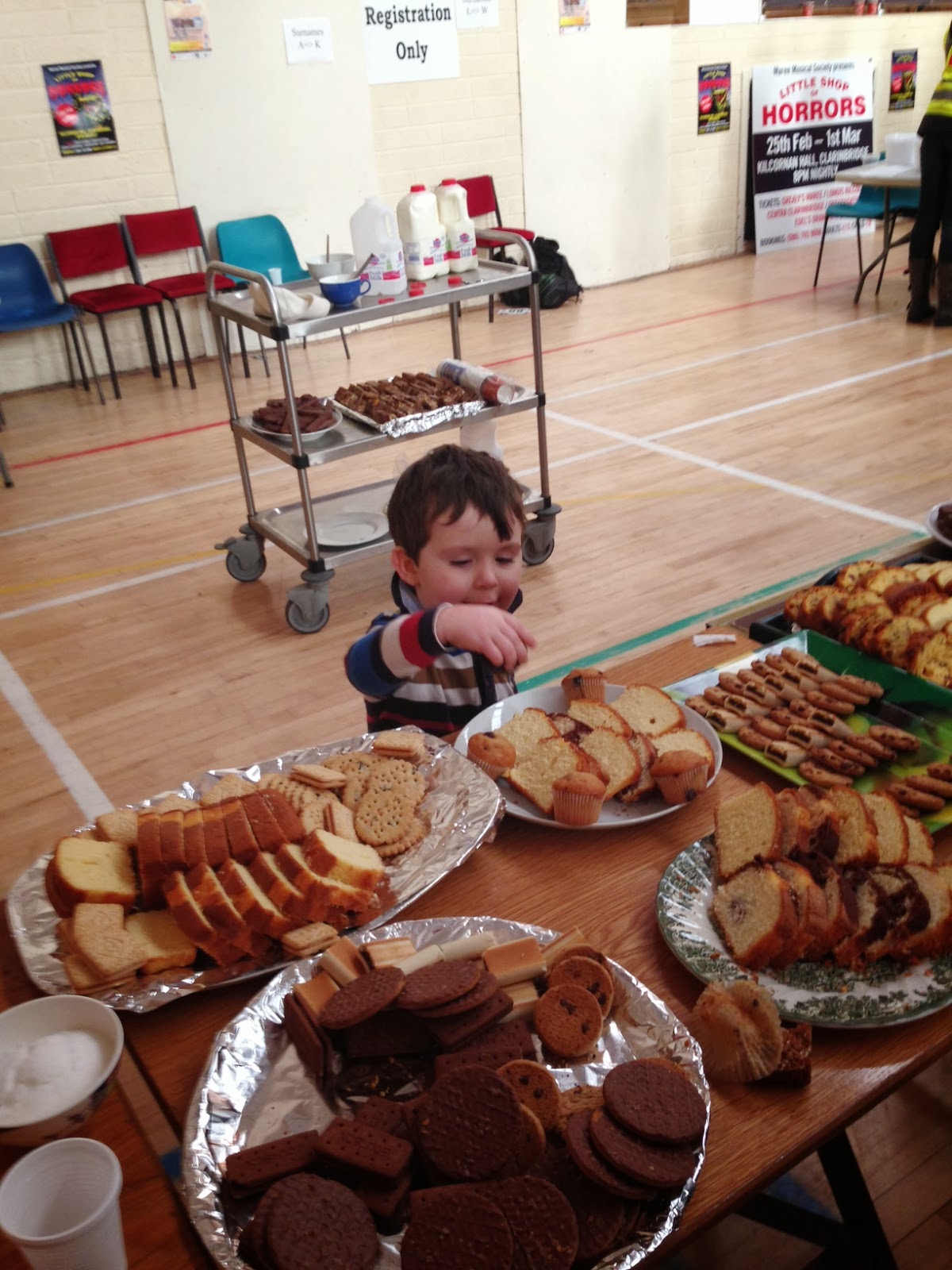 All in all, a windy but great day, lovely route, nice crowd and great people to share the experience with - as always. On to the next race! Also, Aisling most certainly got bitten by the running bug during the run as she spent post race talking about when and where the next race we could sign up to would be. I'm looking forward to it already.