on June 03, 2014
Last Tuesday was one of those evening where you weren't too sure if you were going to need an umbrella or sun cream. It had been a beautiful day (while I sat in work) but was humid, sticky and overcast come 7pm. I met the gang in the car park just before 7:30pm and we made our way up behind the stands at the racecourse where to the start line. 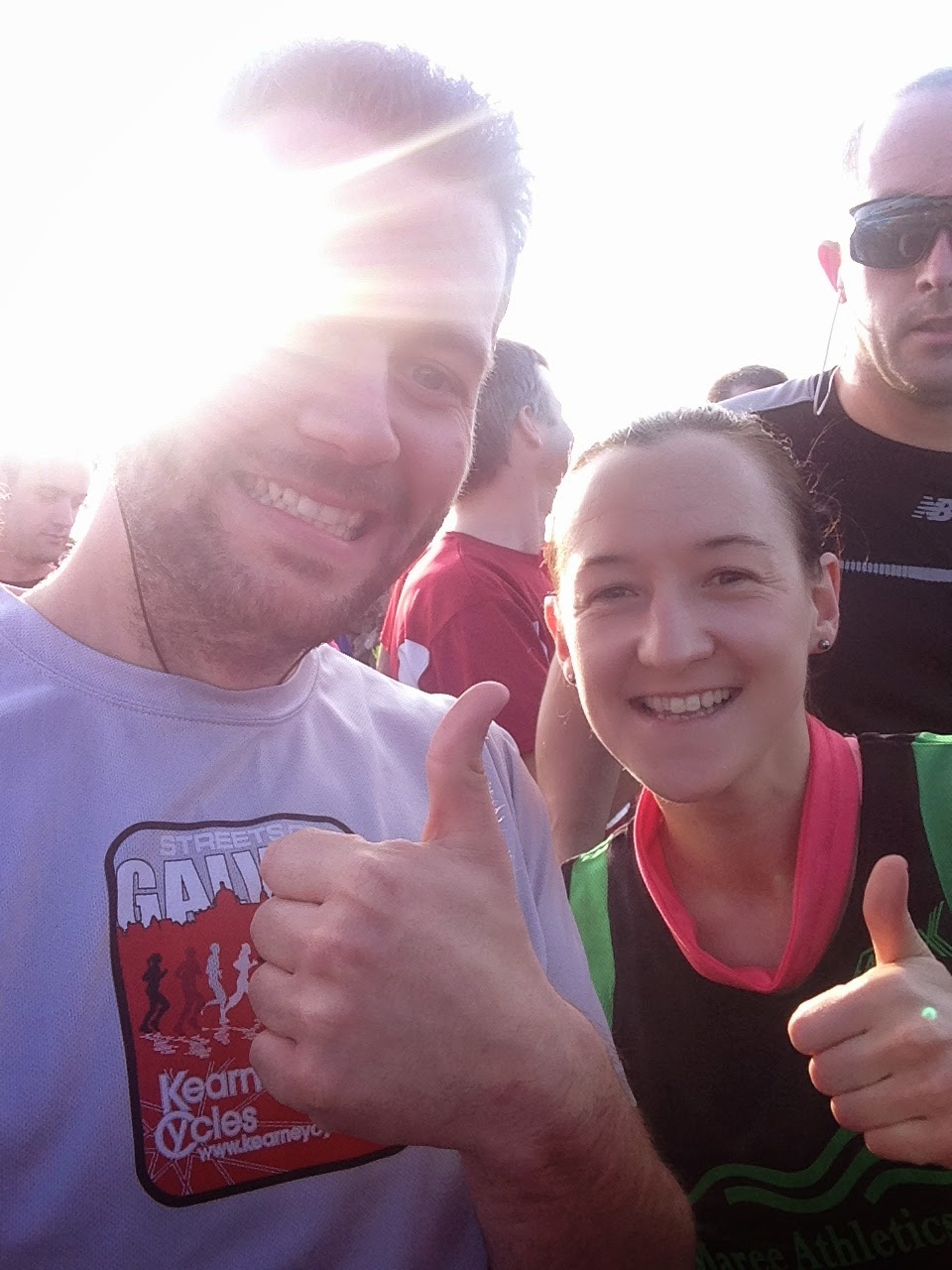 Myself and Aisling ready to kick ass!


I was feeling reasonably confident that I was going to push myself to try come in under 21 minutes. For some reason, I have this 21 minute line I really really want to cross this series. My times so far have ranged from 21:31 to 22:00 and I thought with the relative flatness of the racecourse, I could push myself that extra little bit and knock another few seconds of my best time. However I hadnt factored in how much of a sweat-box the evening was going to be.

The race started bang on 8pm and we took off behind the stands and entered the racecourse at the main horse entrance before doing a lap. I felt great and despite the narrow enough footpath and people dodging to start, I was surprised when I clocked my first kilometre in 3 minutes 47. I kept on going and what I felt was manageable and notched up my 2nd kilometre in under 3 mins 50 (making is 7:35 for the first 2km). It was at this point I should have learned my lesson - I was going way too fast.

As we nearly completed the first lap, we had to take a little incline on the track which just managed to wipe me and I never recovered. The heat was insane, I definitely pushed myself too hard at the beginning of the race and I couldn't maintain that speed. We looped back behind the stands before coming back out on the racecourse for Lap 2. 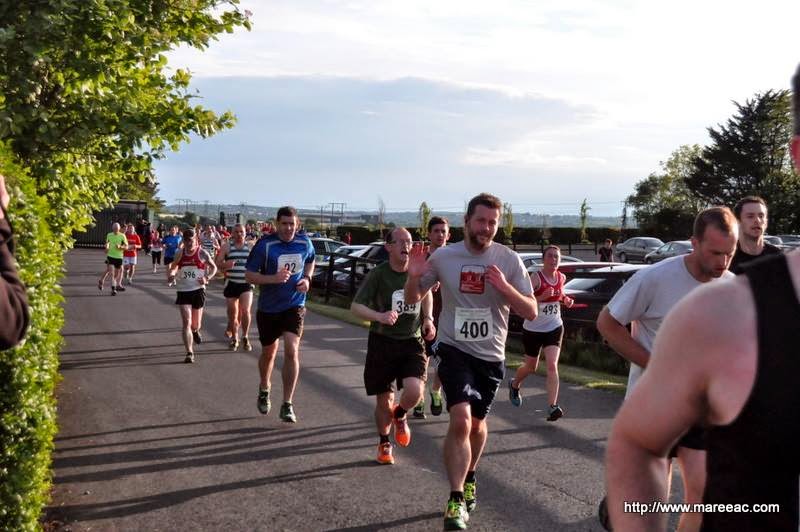 Sharon snapped me about to start Lap 2

I was a full 39s slower for my 3rd kilometre which is a speed decrease of 18%. Ouch. I ran the final two looking longingly at the finish line which I knew was in front of the main stand. The path around the course is quite narrow so I found as I slowed down, I was not only being overtaken constantly but people running in 2s and 3s were nearly forcing you out of their way. Two guys overtook me then maintained speed, blocking me from speeding up.

The last 200m from the top of the racecourse to the finish line was the worst. Normally I finish with a little something in the tank to get me over the line but there was nothing there. My arms were pins & needly, my mouth was as dry as Mother Teresa's sandal. I limped pathetically over the finish line at 21:37, giving me an official chip time of: 21:29 - my fastest 5K by 2s. 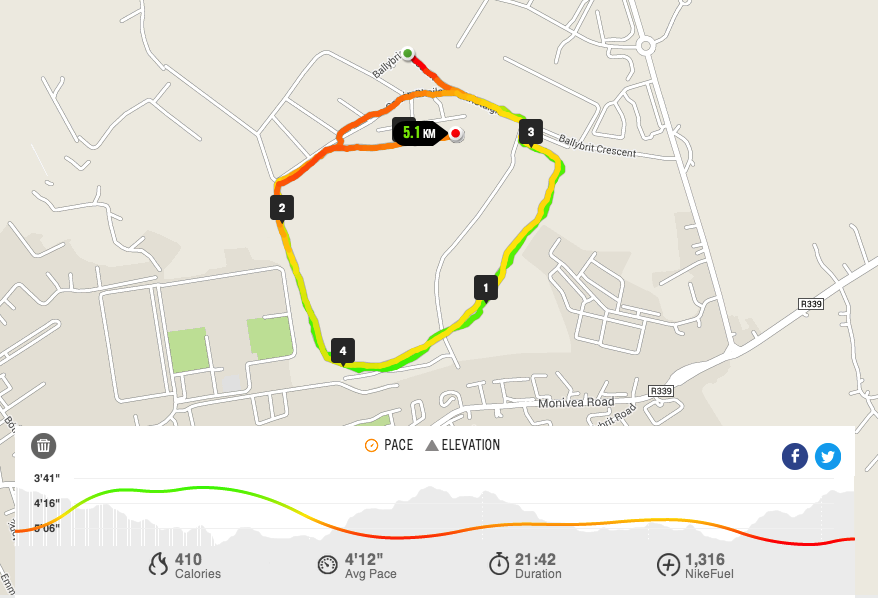 Pace Map from Tuesday - look how well I started!

Across the line I found a lot of people had found it a tough course. Maybe I had underestimated it, maybe I had underestimated myself. Despite knocking 2s off my best time, I certainly didn't feel victorious. Getting pins & needles in my arms had thrown me, the heat had thrown me, doing laps had thrown me. Also, my run app was off a little and clocked each kilometre before I hit its marker, so by the time I got to the end, I was a full 150m out (the app has clocked the run as 5.15km). 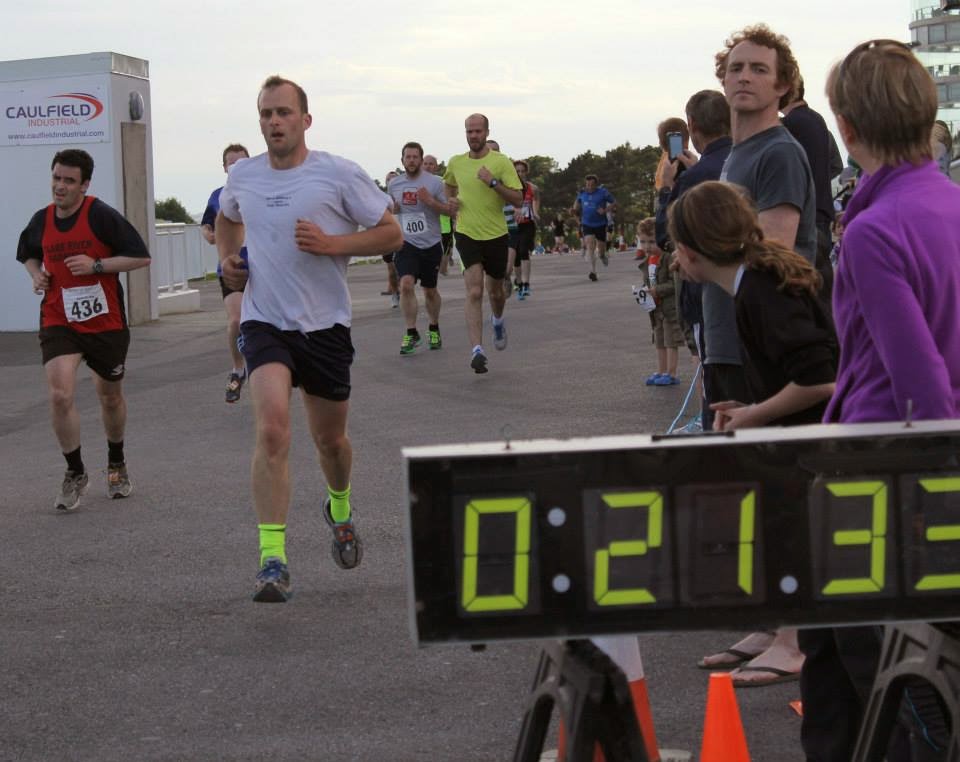 I was slightly relieved to hear I wasn't alone with my difficulties faced on the route as most other people I had been talking too found it killer. We are blaming the humidity. And the two hills on the course. So that was that, 2nd last run of the 5K series and I PB'd. My plan for Tuam is not to get carried away with myself and take off at 3:47/km. All I need is to maintain a 4:10km pace over 5K and I'll be in under 21. I've one chance left to get it! Here's hoping! 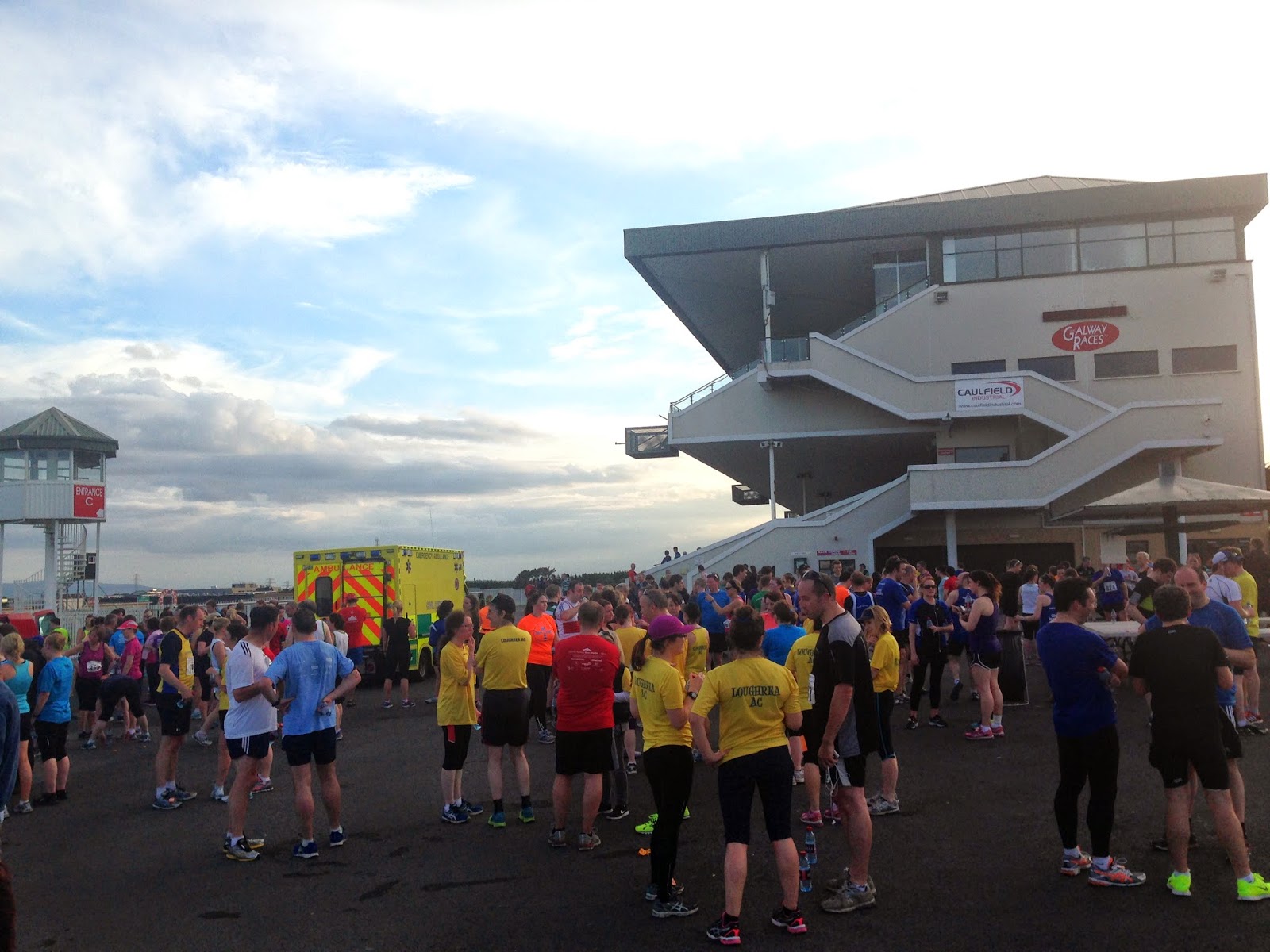