on June 08, 2014
The Tonabrucky Challange was a race I had been looking forward to for quite some time. I know Lisa who organises the race and I was meant to take part last year but I think the sun came out and we had a BBQ instead (Sorry Lisa), so this year, when registration opened, I made sure I was in first and registered! I'd heard rumours from past runners who said the last KM was quite horrific thanks to a mega hill on the route.

Myself and Aisling headed over to Tonabrucky at 5pm yesterday evening and spent the entire car journey debating whether or not it was going to rain. By the time we'd left the outskirts of Galway behind us, we spent the rest of journey debating whether or not the route covered the hills we were driving. They were horrific! We parked at the Rahoon Hurling Club and made our way inside to registration where we picked up our race bibs and t-shirts. We had 40 minutes to kill and it was lashing rain so we sat in the car for the storm to pass. 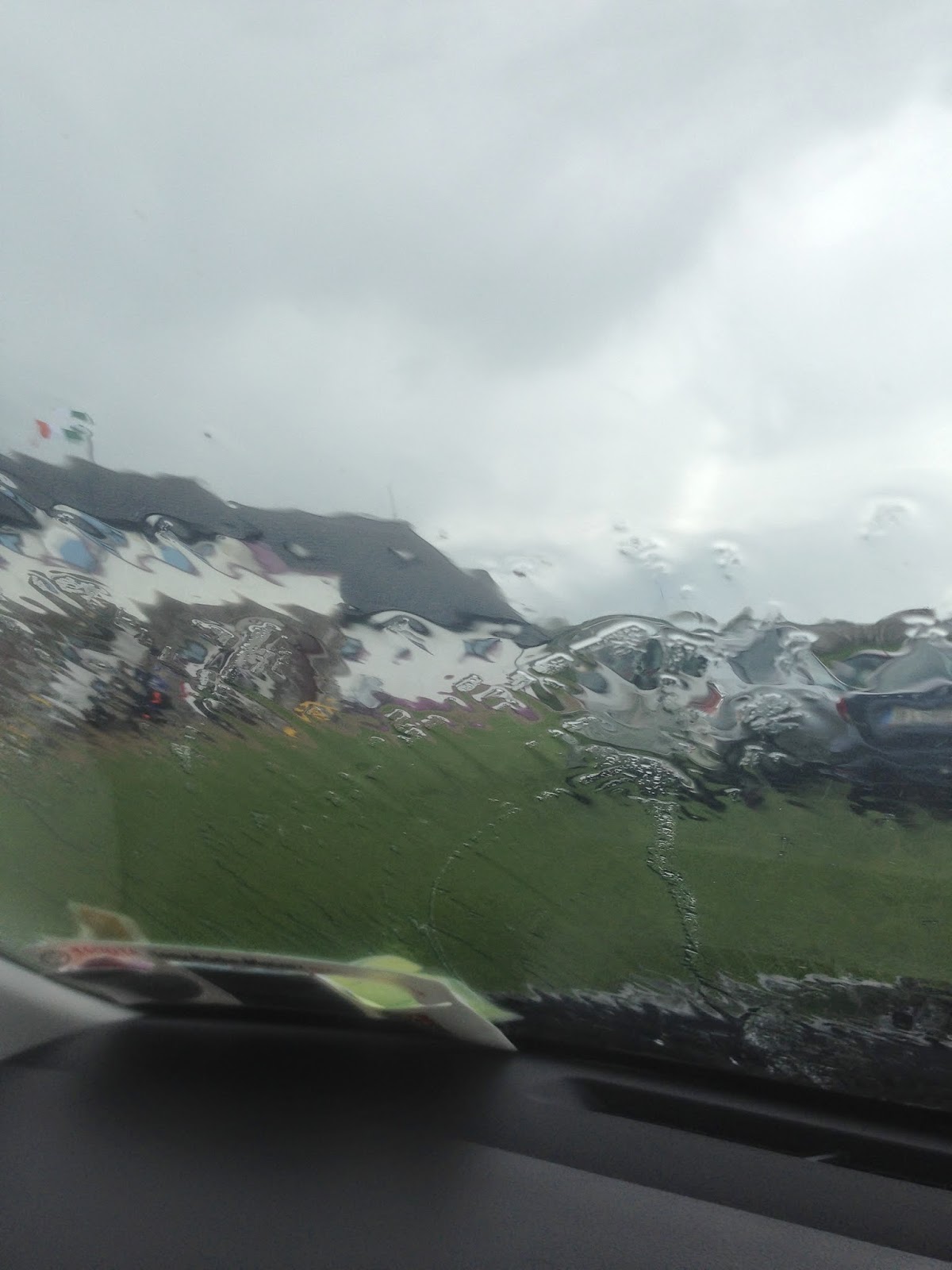 The rain stopped with about 15 minutes to spare which gave us enough time to get out and get our warm up complete before the race. The grounds were buzzing with loads of people dressed in the Tonabrucky Orange T-shirt ready for the start whistle at 6pm. With the dark clouds looming overhead, I was still unsure as to whether I should run with my rain jacket on or not, but as it turned out, I needn't have feared. 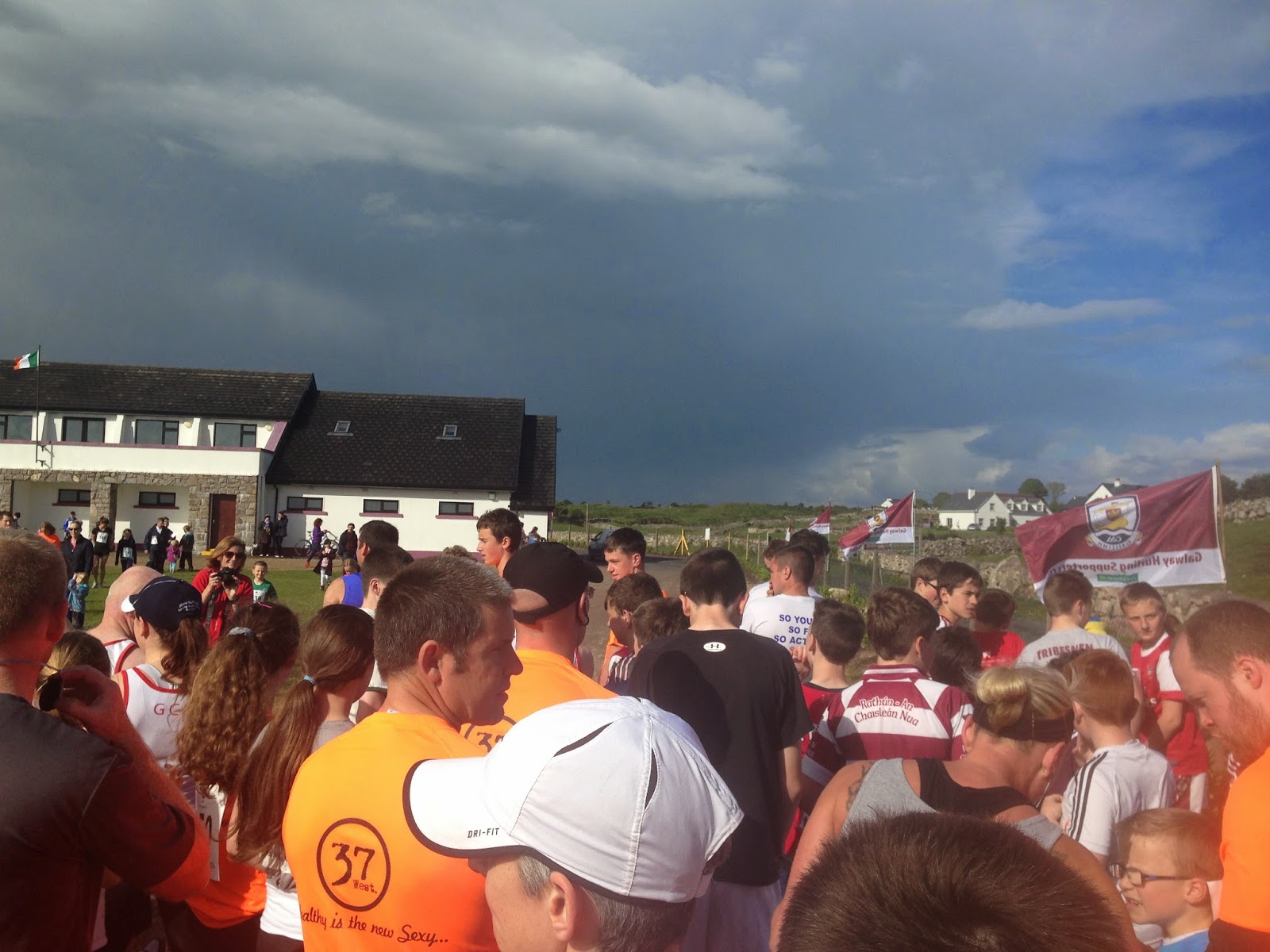 The race started shortly after 6pm and we took off out of the Hurling Grounds and left. I clocked a 4:12 for my first KM but almost immediately felt I wouldn't be able to keep it up. The sun had come out and bleeding hell it was warm! We turned onto the Rahoon Road at 2KM which despite being described as a someone at the start line as a "flat course apart from THAT hill at the end", was far from flat. Sometimes I think the straighter the road the harder it is as when you can see that far in the distance, it's harder to fool yourself into thinking 'The next KM sign could be just around the corner'.

Water at 3KM was such a welcome sight! Running with a plastic cup filled with water however is not such a pretty sight. I was like a wet t-shirt contestant by the time I had passed the water stop but thankfully everyone else was in the same boat so I didn't feel too bad. We turned off the main Rahoon Road at 4KM and continued slowly uphill until we turned left back onto the road towards the finish line.

As I passed the 5KM sign I knew all that was left between myself and the finish line was... THAT HILL! It was pretty horrific - the two photographers and crowd applauding didn't help as much as I wanted them to. I kept my head down and plowed on upward. I was so excited to reach the crest of the hill as I knew it was downhill from there. It was at this exact point I realised... I think I dislike downhill! You'd think 'Ah its only downhill its grand' but it is actually harder to not crease yourself running downhill at speed. 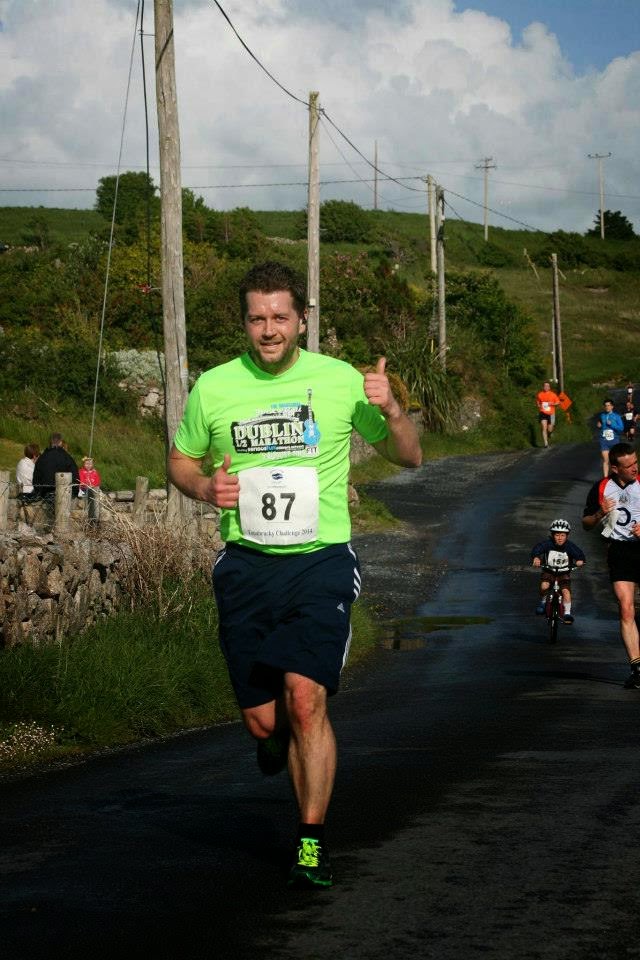 Once I could see the roof of the Hurling Club, I dug deep. My eyes were stinging from the sweat, it was so close and humid out there it certainly made for a tough run. As I approached the finish line I could hear Lisa on the megaphone 'Here come JQ!' which I reckon brought the only smile all race to my face! I finished 34th (out of 235) with a time of 27:50. 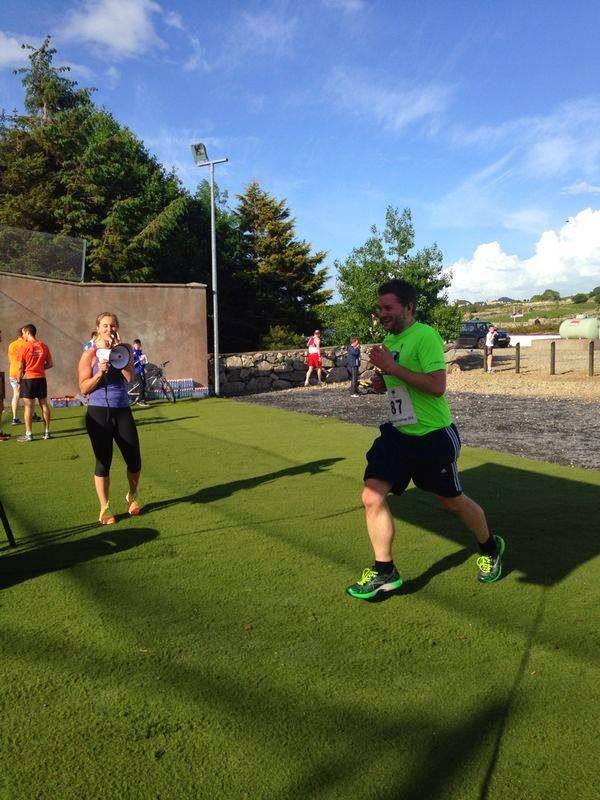 I now know why they call it the Tonabrucky Challenge but I'm glad I took part and kicked that hill right in the face! I hung around and clapped the other runners in. Aisling and Maureen followed shortly afterwards and while we gave out chatted about the route, we were also delighted to have completed a tough course on a hot Saturday evening. I loved it and look forward to running it again next year :)