on August 15, 2014
I consider myself extremely fortunate that I have not suffered from any of the common ailments runners normally talk of. Of course I ache at times, the worst ever being the muscle spasms once I crossed the finish line of the Connemarathon, but I'm talking about more longer term injuries like Tendinitis or IT Band Syndrome. I love running and if I'm honest, no other sport has hooked me as deep as running. Cycling was fun but it never challenged me, I think that is because I was only cycling recreationally (i.e. not for time). I enjoyed cycling but as of last weekend, I moved the bike from the hallway into the garden shed, which is a bit of a kiss of doom for it really.

Anyway, I remember when I started running last year, I was having a chat with a friends dad who ran in the past but had to stop due to injury. His advice to me was to start working on core strength now rather than later. His point was that the high impact nature of running (especially on road) is tough on the joints. I remember him saying so clearly that I need to give my joints a break, strengthen muscles and build up a strong body. (I'll skip the science bit, you can google that yourself).

Despite having completed two half marathons at this point, I couldn't do a single push-up. I knew my body wasn't strong - my legs were, but I wasn't really physically strong. It was at this time last year I saw a poster for Fitness Bootcamps running out of French Vanoli in Oranmore. Myself and Aisling said we would sign up for the month just to see what was on offer and a year later we are still going twice a week. Tom and the gang there are incredible and I can honestly say over the past year we haven't done the same bootcamp twice!

At 7am every Tuesday & Thursday morning, you could find us doing anything from kettle bells to skipping ropes, burpees to wall balls, planks to box jumps. Over time I've found myself getting stronger (hey, Rome wasn't built in a day) and I progressed from doing push-ups on my knees to proper adult push-ups. My career as a hand model is out the window as they are constantly wrecked following knee-ups on a high bar or a heavy set of kettle bells.

My point is this: There are different kinds of physical - and the different kinds of physical do different things to your body. This became all too apparent last Tuesday when I returned to Bootcamp after a month off (Thanks Wedding). I pushed through the class without thinking too much of it but as the hours passed after the class, I started to get sorer and stiffer. By Wednesday I was walking around like someone who had whiplash. I went for a run just to see if that would loosen anything out. I recovered just in time for Thursday's bootcamp!

As much as I love running, I actually think I love Bootcamp. It's a dedicated hour workout session where the control of what you do is taken from your hands. I know from running, I will usually take routes with fewer hills, I can cut a run short if it starts to rain, I control the speed. With Bootcamp, you don't know what you'll be doing before you go in. You don't know if you'll be skipping for a minute or ten minutes. You don't know if you'll be doing dead-lifts or sprints. One of my favourite parts is working in groups/pairs which we do quite often - We could be given a list for example of: 100 push-ups, 100 sit-ups, 100 wall balls, 100 twists, 100 burpees which you have to complete in pairs with only one partner working at a time. 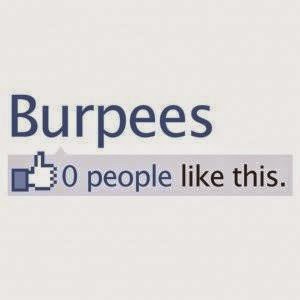 I'm not really making this sound easy but do you know what... it's working. Having someone push me has helped make me stronger. Instead of constantly opting for the same kettlebell weight, I've moved up along the weights. I suppose I haven't put much stock into the value I have been getting from my boot camps but really I can't sum it up any better than Kelly Clarkson: What doesn't kill you makes you stronger! And what makes you stronger makes you better. I absolutely believe the reason I have been running injury free comes down to my cross training twice a week.

So what can I do with all this cross training? Well I won't win an Strongest Man competition or Longest Planker or anything but it's never been about that for me. I go to Bootcamp for no reason other than to keep fit, keep physical and cross train. A huge plus for me has been the craic you'd have with the other people there. We complain when the going gets tough, we work (well) together when paired up and we have the banter before & afterwards. The trainers there (especially Tom) are also mega, they know how to push you just that little bit extra.

Anyway, back to the point of this post, getting physical. I've just gone and signed up for Tough Mudder in Dublin in just over 7 weeks time. The event (first time in Ireland) is not a race but a challenge. It describes itself as "a 10/12 mile obstacle course designed to test all-around strength, stamina, teamwork and mental grit" and I am psyched for it! Aisling is also doing it, in fact, she is the reason I've signed up - We are both ready to kick some ass!