The Fields of Athenry

on December 29, 2014
I loved last years Fields of Athenry 10K. It was my last running race of the year and I finished with a PB of 45:09. It was the perfect end of my first year running and I was ready and fuelled for 2014. This years story is a little different.

I left Ennis on Stephens morning at 9am and met up with Aisling in Oranmore and we drove to Athenry together. The day was miserable, like proper grey skies, it was raining and it was cold. Myself Gordon and Aisling met in the Registration Hall which was buzzing with about 1000 people hiding from the rain outside. 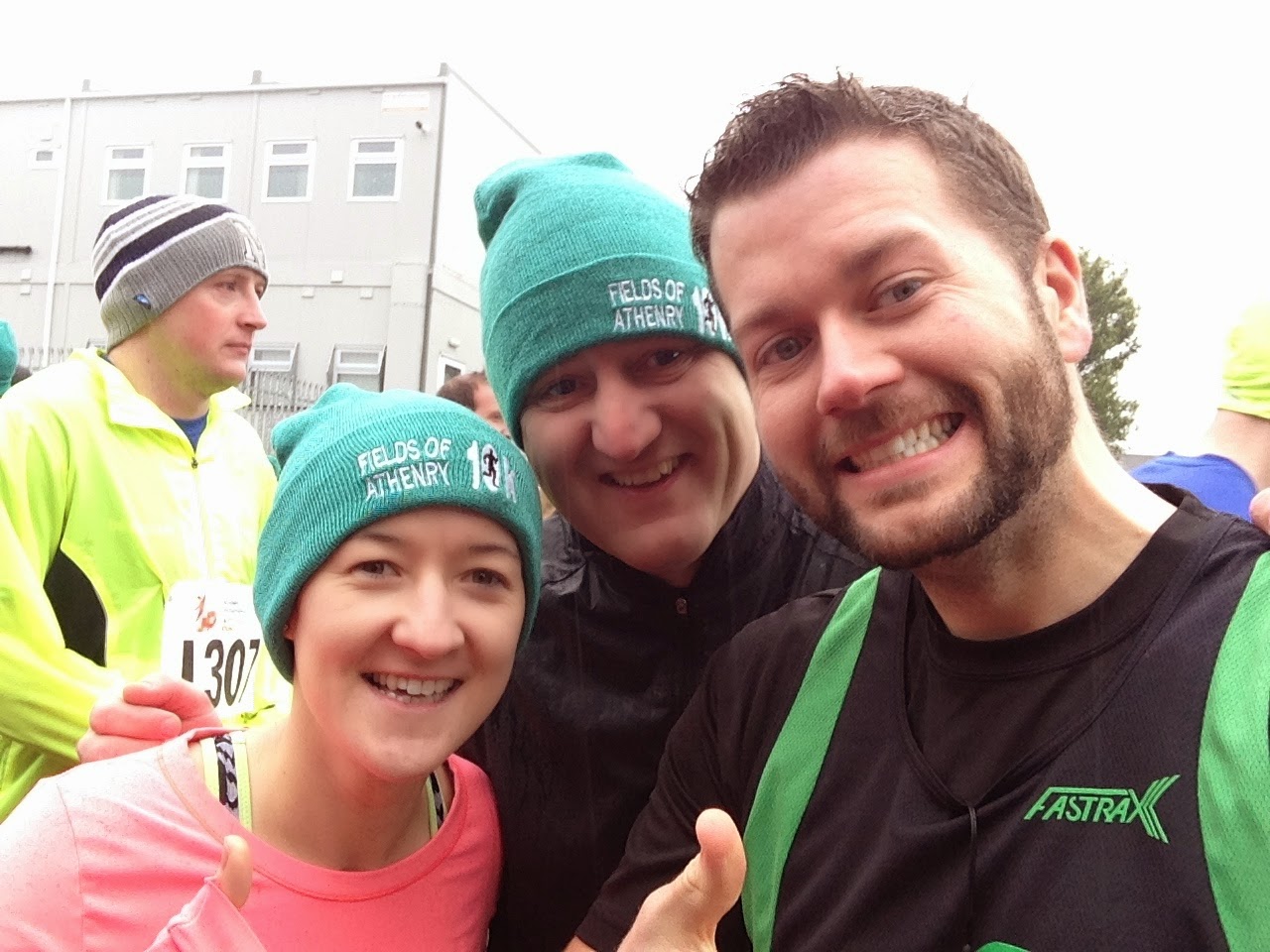 We hid in Gordon's car until 5 minutes before the start as his car was closest to the start line. I've been very lucky in that I can't remember too many races which started in the rain but bloody hell I've never experienced anything as cold as it was before the race. Considering this was Day 26 of my current run streak, you'd imagine I'd be used to the winter weather by now. 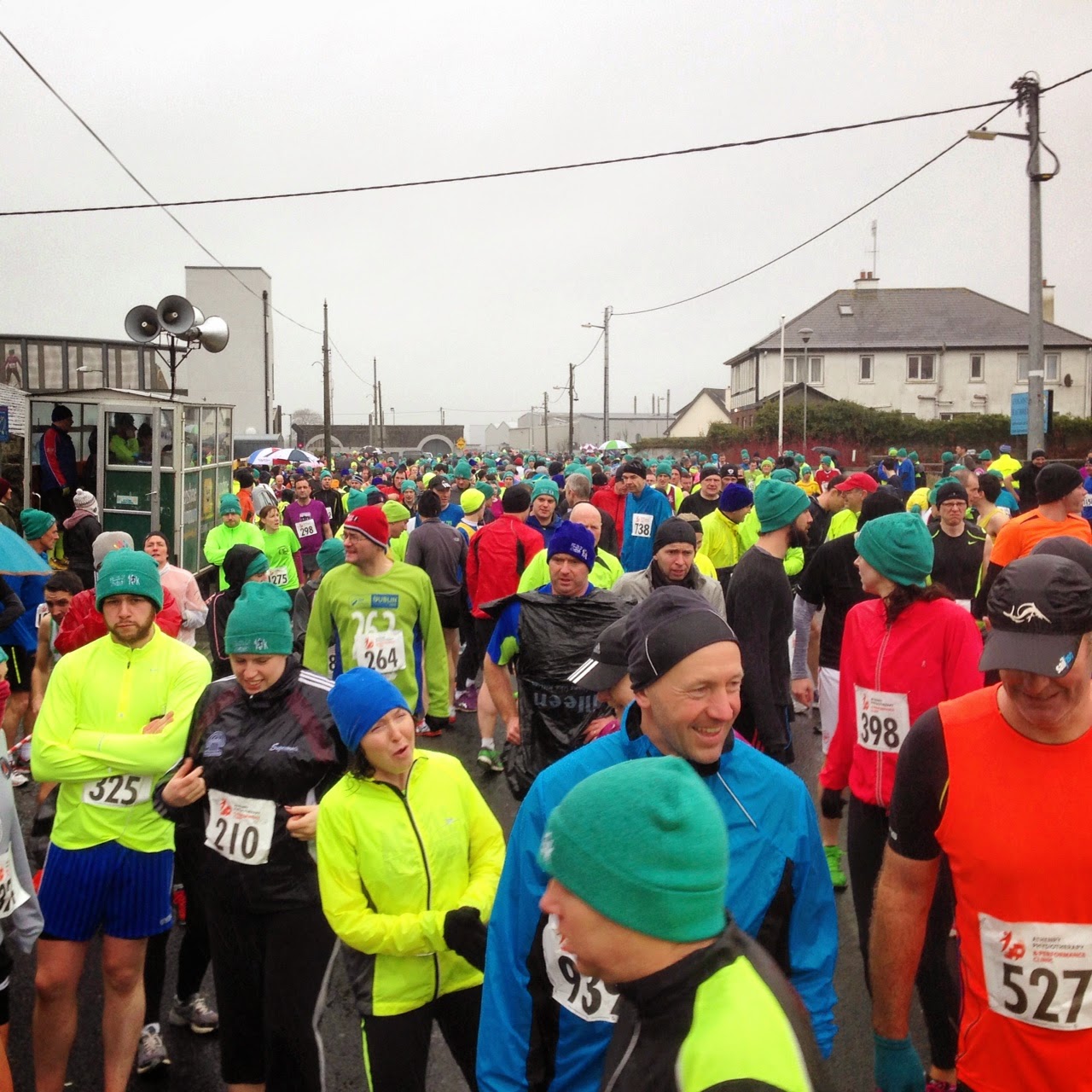 The race started bang on 11am and I took off with the huge surge of crowds. I stayed with the 45 minute pacer although I knew a 45 minute 10K was a hugely ambitious task. I kept the 45 balloon in sight for the first 10 minutes. Phil appeared on my left (not like an apparition or anything) and we chatted for a few minutes as he tried to encourage me to overtake the pacer. At 3km, I wasnt ready to take that risk and decided to hang back and wait until 8km before I'd decide if I was going to overtake. Phil pushed on ahead and disappeared in the distance. 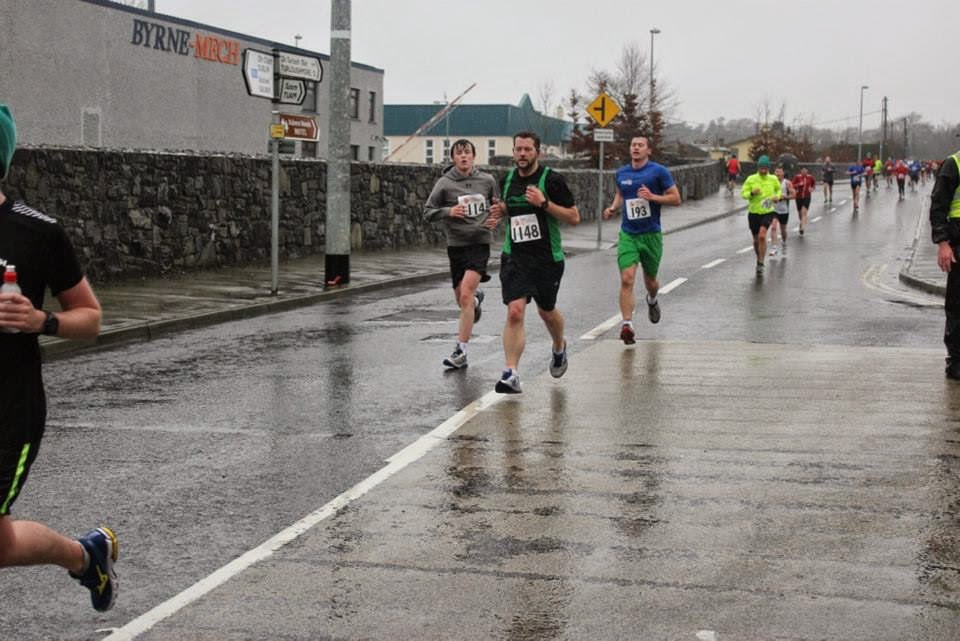 Running in the Rain
(Photo from Andrew Talbot's FB: Link)

The roads were waterlogged in areas so running with wet shoes/socks never makes a good combination. At one point, someone splashed freezing cold water up my legs as they passed and it stung - well, that or my legs were steaming! We turned off the main road at around 4km and ran the back roads for the second half of the race. It was wet, I was cold, but passing the halfway clock which read 22:50 kept my dream of a 45 minute 10K alive. I pushed for the final half of the race thinking about a hot cup of coffee waiting for me at the finish line. 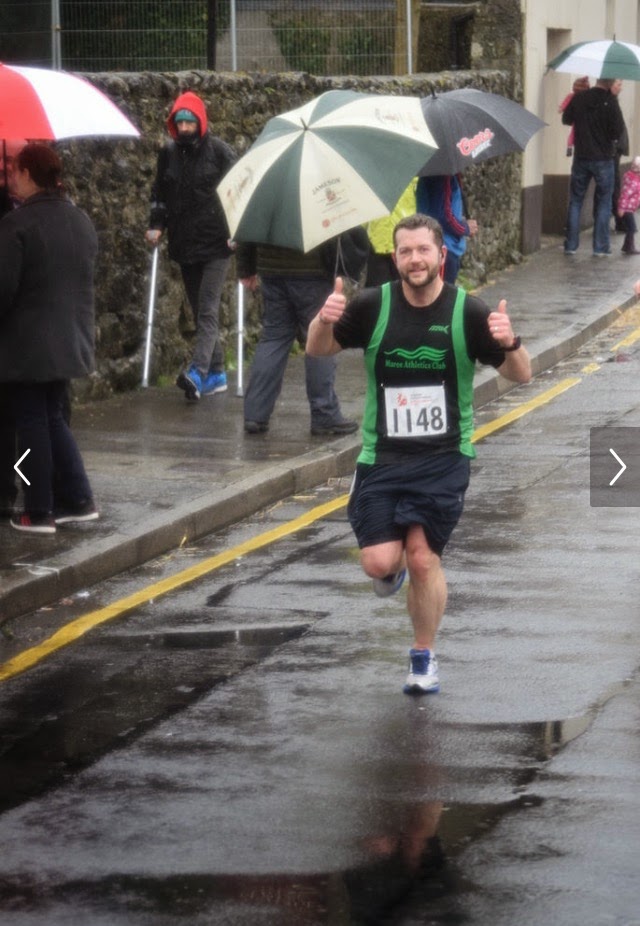 Coming in to the Finish
(Photo taken from Flickr: Link)

My official chip time: 45:58 which excited me more than you could know! This year, especially the latter half has been a mixed bag for me (which I'll discuss in another post) but for now, know that finishing at pretty much the same point as I did last year is excellent news. My 10K PB is 43:52 (March 2014) so considering I finished not too far off has renewed my enthusiasm for the new year. 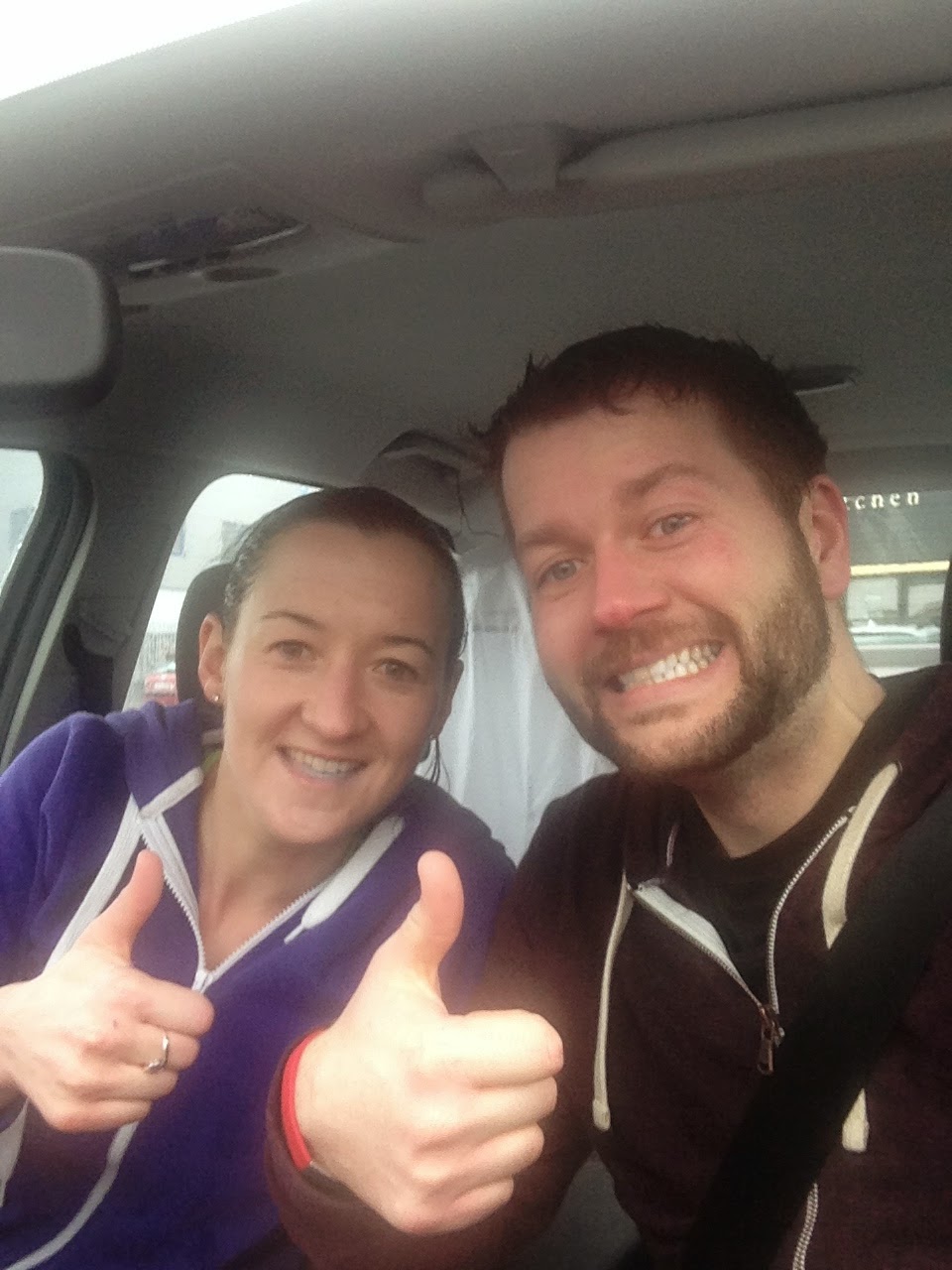 Soaked but happy out!