on August 24, 2015
I'm trying to think of three scarier words other than Body Fat Analysis which strike more fear in my heart and all I can come up with is 'World Chocolate Shortage' or 'Beyonce Quits Showbiz' but thats another story. I've been bobbing up and down with my weight at Weight Watchers all Summer and its kind of been getting to me in terms of sucking my motivation so when I saw French Vanoli were doing Body Fat Analysis, I booked an appointment. 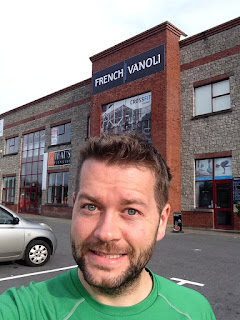 Ready to face the music...

I do Bootcamp twice a week in the French Vanoli gym in Oranmore so it was right place to get my body fat analysis. I'm used to standing up on the scales in Weight Watchers every Tuesday but I think similar to getting a blood test, its impossible to have the full picture of your health without looking underneath the surface (i.e. weight only). I'm doing loads of running and after a summer of cycling, walking, climbing Croagh Patrick - I'm naffed at the lack of reflection of this work on the scales.

I turned up after work last Friday and met with Tom who took about 15 minutes to go through the analysis. Using a hand-held scanner, he took seven scans across my body and then we waited for the result. My current weight is 14st (89kg) which puts me well into the Overweight category on the BMI scale. I'm not happy with where I am on the scales but my body is telling a different story. I ran the Streets of Galway (8K) faster than this year than when I was 2st lighter. I'm mid training cycle for my fifth marathon (having completed two already this year). 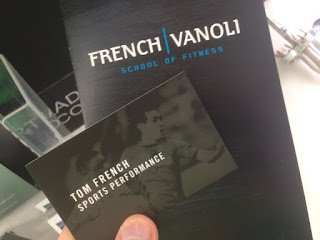 When Tom finished the analysis, the results came back at 17.9% which puts me in the Healthy category. Yes its at the higher end of that category but it certainly put my weight worries at ease. Tom suggested a number of changes I incorporate into my week which will help bring that figure down to my new target which is 15%. I didn't realise that my Bootcamps are classed as cardio, as is my running therefore I am doing "only" 5+ cardio sessions a week - there is no variety there.

I don't want to start messing around with changing workouts so close to the Berlin Marathon (5 weeks away) so for now, I'm going to continue doing what I was doing - sticking to my 2x Bootcamp's a week and sticking to the Marathon Plan. I am however going to cut all crap for the next five weeks - not a single biscuit, square of chocolate or (here comes the kicker) fizz.

Why? Because I have to haul my weight around Berlin for 42.2km's - the less I have to haul the better to be honest - so for the next five weeks I am focusing on eating as healthy as possible. It's going to be tough I know it will, but maintaining that discipline can't be as challenging as running a marathon. The next piece of chocolate I will have will be across the finish line in Berlin and that will keep me motivated! 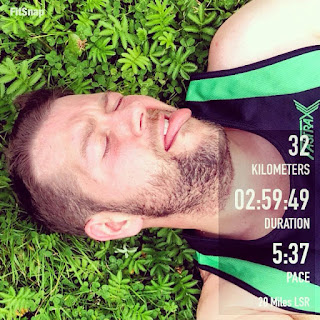