on August 10, 2015
The Streets of Galway is probably the largest and best know road race in the Galway Running Calendar, selling out each year in advance. The race takes place on a Saturday evening and takes in some of the main sights Galway has to offer. Starting on Fr Griffin Rd, you get to run past the Spanish Arch, up Merchants Road through Eyre Sq, around by the Cathedral before heading out to Salthill passing Leisureland and coming back along the Prom. 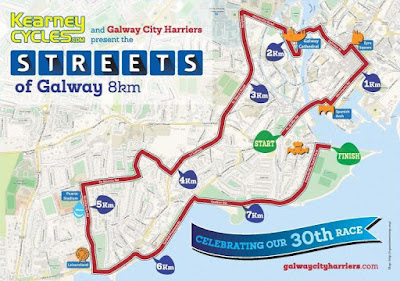 I signed up this year as part of the French Vanoli Team - they are the guys I do Bootcamp with, they are awesome (check them out here). 16 crossfitters and bootcampers signed up and turned up in the rain on Saturday evening to run the Streets. This year, the organisers were adding a corporate/non-athletic club team prize which was cool as there were gangs from various companies and gyms around Galway all warming up before the race. 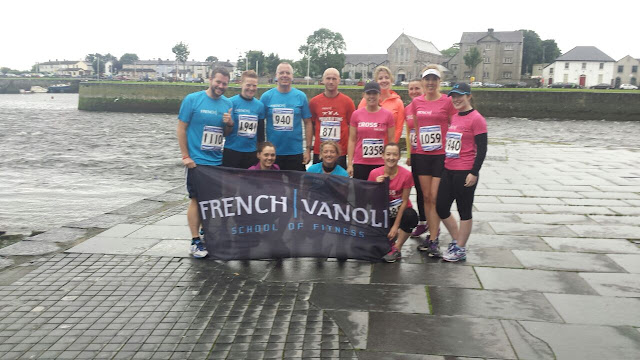 With (some of) the French Vanoli gang


We met with Yvonne and Gordon and we gathered at the start line with the 2500+ others who were also glad the rain had subsided for the time being. The race started at 7pm on the button. The first kilometre was spent dodging people, potholes and footpaths. The one thing that always irks me about races is walkers/slow joggers ahead of you at the start line, especially when there are pacers in the starting area - people should really position themselves behind their target time. (Rant over)

I have to say, I absolutely loved this years race. I ran along happy out clocking up the kms no bother, and having the team in the same t-shirts made others easy to spot along the route. I even had a quick chat with a work colleague somewhere in the middle of the race. The last 2km in along the promenade never really excites me - its a route I know well (from my long runs) and is part of most Galway runs. That being said, the last 500m was pretty packed with spectators which helped motivate me along towards the finish line. 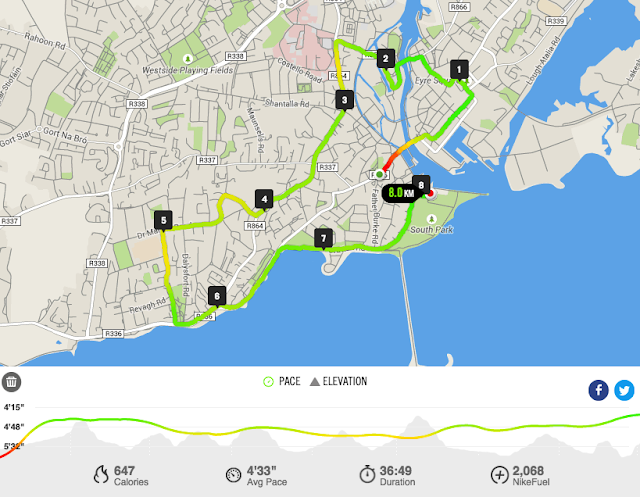 I crossed the finish line with a time of 36 minutes 37 seconds which absolutely blew my mind. Going out there, I was hoping for a Sub 40 but sometimes you just go with the run and it works for you. I even beat my 2013 time (38:15) which really surprised me considering how much running I was doing them versus now. Also, my 8K PB is 35:55 so I really wasn't too far off (which again, really surprised me!). We hung around the finish line and cheered others across the line (despite the rain which probably actually made the event even more Galway if thats possible). 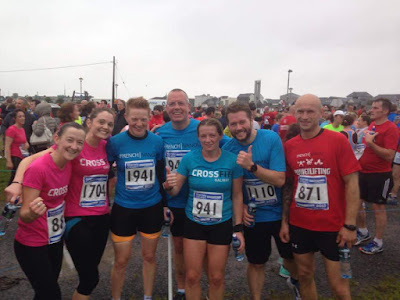 The 2015 Streets of Galway was absolutely brilliant - the atmosphere was fantastic at the finish line but people didn't hang around too long. The cold rain drove us into a pub where we had a celebratory drink before heading home. (After taking a few selfies of course) 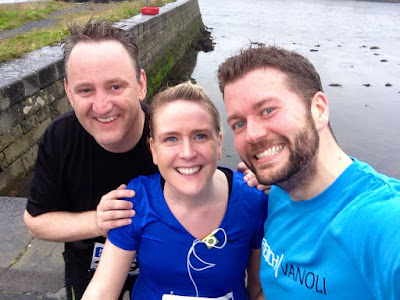 Gordon, Yvonne and Myself 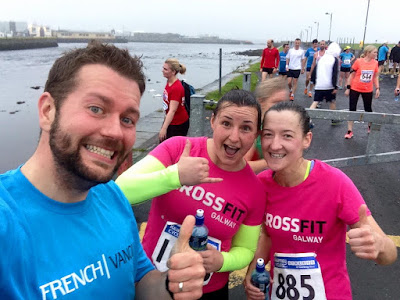 With Donna and Aisling from French Vanoli 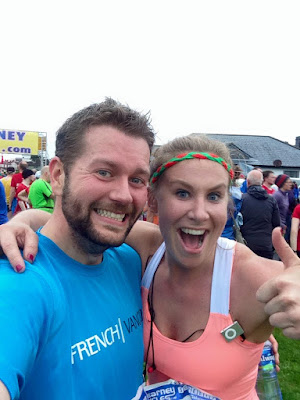 With one of my favs - Lisa from LRPR