on August 03, 2015
I signed up for the 2015 Rock & Roll Half Marathon after a really lazy June (I didn't do much running after the Cork Marathon so knew I needed something to kick-start me back into gear). I've run this Half Marathon in 2013 (link here) and last year (link here) and its definitely one of the better Halfs I've been part of. It attracts a large crowd and as gives you the opportunity to run through Dublin city center. Each year they've taken feedback and continued to make the course, support and event better and better. 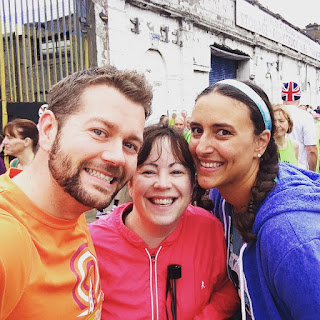 Myself, Elaine and Andrea before the start!

The run started at 8:30am on the Quays (up by the 3 Arena) and brought us straight down the quays, across the Liffey and up around by Christchurch (3km). We always slag a friend of ours (Gordon) about a phrase he once used about "listening to his body" when running, but bloody hell I really should have taken a leaf out of his book. I knew as the km's were clocking by that I was going to fast and despite continually trying to re-adjust my pace, I kept clocking sub 5:00/kms which was a pace I knew I wasn't going to be able to keep up.

With my over-eager fingers, I had put my planned completion time as 1:35 when signing up so I was put in Corral 2 starting off (out of 14 corrals) so I knew I was in with a bunch who I would never be able to match pace wise. I got caught up in the adrenaline but it kept me going around by the Guinness Factory (where the 1:45 pacers overtook me), Heuston Station and the Irish Museum of Modern Art (6km).

The route continued down Sarsfield Rd before turning onto Chapelizod Rd (10km). The route was very familiar as I've only know it from previous Rock n Rolls and the Dublin Marathon, although we ran it in the opposite direction there. The run turned into Phoenix Park at 13km and thats when I first felt the proper strain of going out too fast earlier on. My Phoenix Park experience felt more like a test of endurance and I really could feel myself dragging.

Around 19km there was a hill which I never really recovered from (check out the pace map below) but what really kept me trudging on was hope I could beat my previous R&R times. In 2013 I ran it in 1:51, last year in 1:50 and this year I just wanted to beat that. 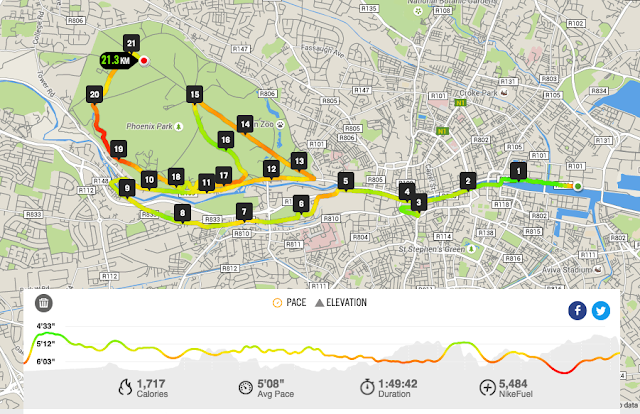 I crossed the finish line at 1:49... Nowhere near my best time but an effort I was quite pleased with all things considering. Every run teaches me something and this was a hard lesson in the importance of both pace and proper training. I have 8 weeks to the Berlin Marathon which means a good few weeks to ramp back up my training and long runs.

I really enjoyed the 2015 Rock & Roll Half Marathon and the rain stayed away despite the sky lingering on the bring of a downpour. There was a load of support out along the route and the bands do make for great distractions along the way. I took the free bus back into the city after the race and even made it back to Galway in time for my nephew's 4th birthday party! Not bad for a Bank Holiday Sunday. 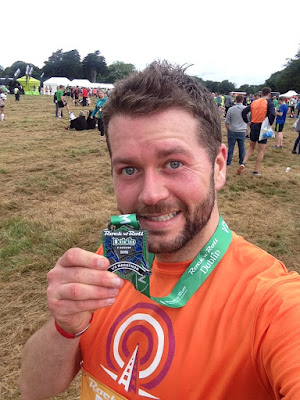 New Bling for my Medal Box