It's my 3rd Weight Watch-a-versary!

on August 29, 2015
On this day three years ago I walked into the Weight Watchers class in Oranmore weighing over 19st. Over the past three years I lost 7 stone, ran four marathons and quit smoking (it is all documented in this blog). I firmly believe however that I've learned more from the motivational roadblocks and obstacles that have hit me along the way than I have the successes. 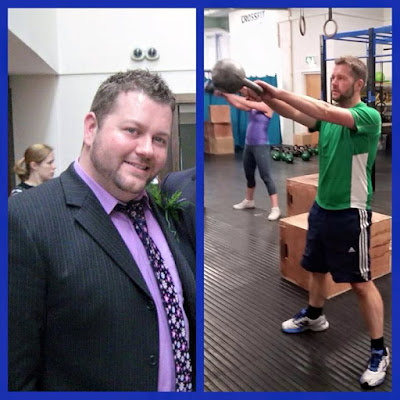 I've taken my eye off the ball and put back on weight. I've had days (and weeks) where I have gone on a complete rampage and fallen off the wagon but as hard as it is, I've always dusted myself off and kept on going. There have been weeks where I haven't seen any change on the scales despite putting in the work.

Just to give a quick summary. I lost 99lbs (over 7 stone) in my first year at WW. It was brilliant, I had the wheels in motion and everything just 'fell in place'. Making the right choices was easy as I was seeing the results week by week. I didn't ban anything, yep, I still had takeaways and pizza and drink - just in moderation! I was 1lb from goal (which is 12st) and everything was super! Then the wheels started to shake a little and over the next year weight slowly crept back on and I finished my second year at 13st 7lb. Meanwhile birthdays, christmas and life kept happening.

I started 2015 at 14st 1lb (two stone heavier than my lightest). I repeated what worked for me last time and I set a goal - 1lb a week would have me at 12st 7lbs by June and that worked for a while but guess what... At the end of August I'm right back at 14st 1lb, where I was on January 1st this year. 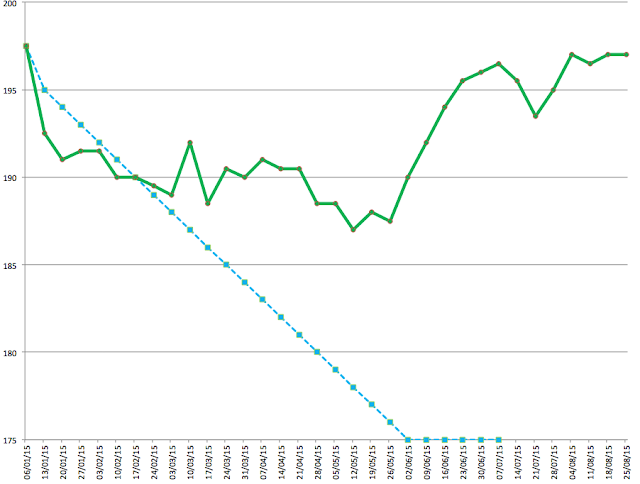 Now, you might be wondering why I'm sharing all this but it all feeds into the point I am trying to make - It's tough. Losing weight is tough, I'm sure maintaining a goal weight is tough. Getting up an hour early every morning to go for a walk/run/bootcamp is tough. Not having that slice of cake in the cafe is tough. Working on yourself is tough. Tough but not impossible. If it was easy, none of us would have weight problems. Even if there was a magic pill that would burn up all the excess calories you consumed in a day - it still wouldn't solve the problem relationship we have with food.

Tip One: Support is more important that you think!

Don't go it alone. There are plenty of classes (Weight Watchers, Slimming World, Unislim etc) so hopefully there will be one local and at a time that suits. For me, having the WW class in Oranmore has been amazing as I have no excuse not to go. I pass the class on my way to and from work so I have no excuse not to go. Accountability has always been key for me so even if I know it's going to be a bad weigh-in, I still turn up on Tuesday as if I skip a class, that usually spells disaster.

It also helps to have a friend doing the same with you as you've extra support. That being said, when I joined WW I was on my own but connected with others online (like the amazing Skinny Doll) who was a constant source of motivation and inspiration. Don't go it alone.

Tip Two: Always have a Goal.

I can't stress how important this one is for me. Without a goal you just end running up and down the field. How can you measure success (or failure) if you don't know what you are aiming for. Some people join WW to 'lose weight and get fitter' but for me, I've found that too abstract to get a hold of. Now while your goal may be to lose 5st, don't look at the bigger picture to start - break the goal into smaller chunks and work towards each smaller goal (which feed into the bigger picture).

I've always seen my goal weight at the top of a pyramid but that has to be reached one block at a time. When I started, I found the Silver 7's an excellent motivator as it gave me something short-term to work towards while in the background, each of those Silver 7's boosted me up the pyramid along the way. If you don't want to work towards a weight goal, work towards a specific goal such as 'Walk 10K'. Also remember that everything takes times, don't start a Couch to 5K program and quit after 2 weeks because you aren't running 5K in less than 30 minutes.

Tip Three: Believe in yourself!

This one is a constant struggle but I've proven to myself time and time again that believing in myself is 80% of the battle. I remember when I ran my first marathon I knew before I started that I was going to finish it (maybe crawling, but I knew I could do it). Self doubt has to be the biggest killer of dreams. We all have bouts of cripplingly high self doubt which tempts us to throw in the towel. Be proud of where you are, regardless of where you are. I still believe the most important step I ever took was into the WW class on August 28th three years ago. Did I believe in myself then? No. But I learned to. It takes time - but don't let your enemy live in your head. All you can do is what you can right now. Things don't get easier, you just get better at them. You learn. 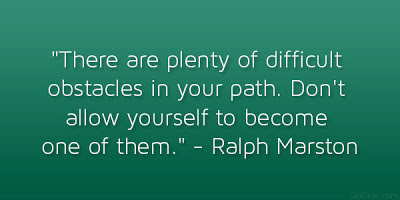