My 5-Week Challenge - The Results!

on October 08, 2015
Five weeks before the Berlin Marathon, while out running, I set myself a challenge (link) to go without fizz (carbonated drinks of any kind), sweets, chocolate and crisps until after the marathon. The reason for this was to try and kick-start whatever equilibrium I've been stuck at weight-wise all Summer. On August 25th (my three year WW anniversary), I weighed in at 14st 1lb which although is over 5st lighter than I was when I started - it is also 2st heavier than I was at my lightest, 1lb off goal.

That same morning I was at Bootcamp and Tom (Mr Bootcamp) had us doing laps carrying a Wall Ball (which weighs 6kg). I couldn't believe the difference it made to run while holding it, 6kg is just under a stone (13lbs). Now, I'm not a slave to the scales and I know that just weight does not reflect overall health. I've had my Body Fat Analysis done along with my bloods (cholesterol etc) and everything is in the green zone so overall I'm healthy, I'm just not entirely happy with my weight.

I couldn't help but think how much 'easier' running a marathon would be if I was carrying less weight, hence my five week challenge. Giving up the fizz was surprisingly straight forward. From someone who used to drink over 2 litres a day, I can't believe how easy the swop was. I'm now drinking over 2l of water a day and I feel fifty times better for it. My skin feels (and looks) so much better, my gut/stomach doesn't feel bloated and the biggest surprise for me is how uncoated my teeth are in the morning (which I crazy really!) 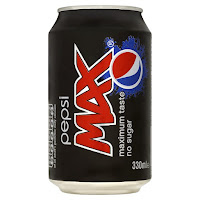 The sweets, chocolate and crisps was a harder ordeal. It felt like at every coffee break, someone brought in biscuits or homemade treats. Every coffee shop had a fresh batch of baked goods on display and every Supermarket had a special offer on. The interesting thing however was, I coped surprisingly well because I knew WHY I was staying off treats and I knew it was only for a short few weeks. I wasn't saying goodbye forever, it must more of a 'see you later!'. 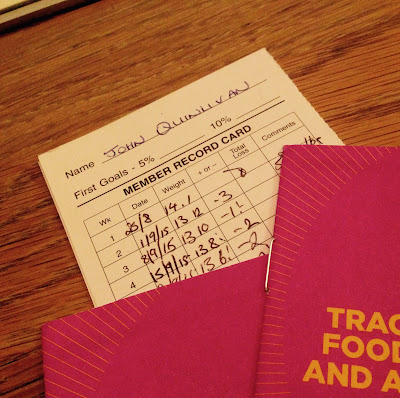 Five weeks later I was down 8.5lbs! I made absolutely no changes to my breakfast, lunch or dinners. I ate the same amount of fruit as usual and I drank the same amount, just it was all water. I'm not really painting a pretty picture but despite it sounding drastic - it really wasn't. I knew the temporary 'sacrifices' I was making at the time were only going towards making for an 'easier' marathon experience... and I feel it paid off! 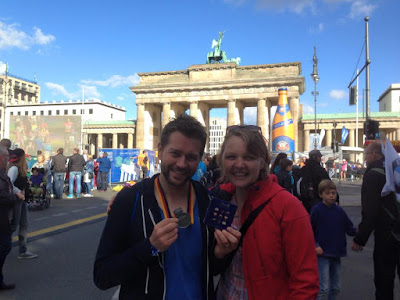 Anna at the Finish Line (with Chocolate!)

When I crossed the finish line, my friend Anna was waiting with the most delicious box of Lindt Chocolates and I'm not going to lie... I scoffed the box in one go! Whats interesting is... over the past two weeks I'm back eating sweets & chocolate but in moderation and I think thats the key. Whats even more interesting is... I still haven't had a single fizz drink because I really don't miss it. I'm constantly surprised at how much water I drink and how a splash of Mi-Wadi or a squeeze of Lemon Juice actually mixes it up when I fancy something outside of straight up water. 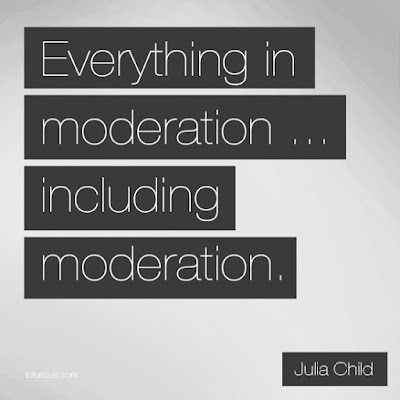 As I said above, my challenge had nothing to do with removing or restricting anything from my daily food intake, but I just wanted to become aware of how ofter I was going for a diet coke or a curly-wurly. My problem has never been the food I eat at the dinner table, it's always been everything else. Those two sneaky biscuits at 11am coffee break, a curly-wurly to fight the 3pm slump.

Overall I'm delighted with the kick-start, it was just what I needed to re-energise myself and allow myself to be more mindful of the quality of what you put into your body as opposed to just filling it with meaningless calories. 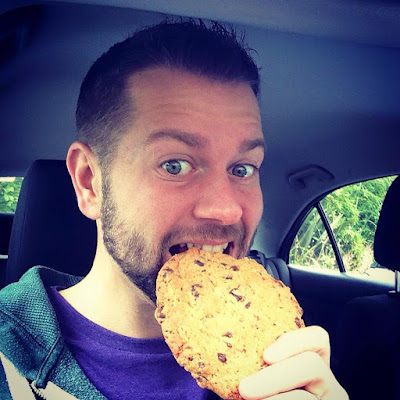