on October 12, 2015
I signed up for this race a few weeks ago but it was more from FOMO as opposed to really wanting to do it. I haven't been over in NUIG since I graduated back in 2008 so I was looking forward to running around the campus and seeing how much it had changed. I arrived over at the university just before 9am on Saturday morning and I picked up my race pack before finding parking (which was actually more stressful than you'd think in a university!) 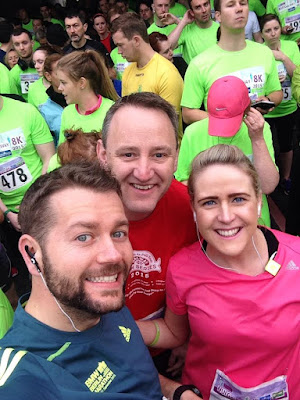 With Yvonne & Gordon before the race

We hung around the start area chatting for the hour before the race before making our way to the start line which was just under the Quincentennial Bridge. The race started bang on 10am and the rain stayed away (despite the few drops earlier). The route took us up around the IT Building (where I spent many hours staring out at the river when I was doing my Masters) and around under the concourse before we passed the start line and made our way up through Corrib Village and Dangan. 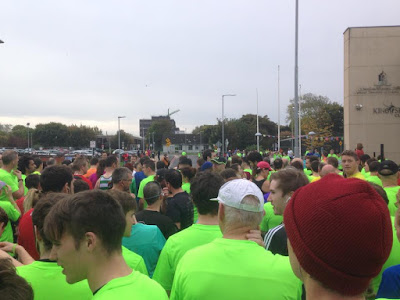 It took a while to get through the crowd but once I found my stride I was happy out. At one point half way around, I had a grand 5 minute chat with a man who was training for the Dublin Marathon. I've never had a friendly chat during a race before but I guess there is always a first! :) After we rounded the pitches in Dangan, we ran 3km back towards the university along the river edge. It was absolutely fab!

The last kilometre took us back through the campus and around by the Marine Building, in front of the Quad and up around by the library. I was quite surprised at how the landscape of the university had changed so much in the time since I'd left. Most existing buildings had massive new extensions (the library and Arts Millenium building being the most noticeable) and there were plenty of new buildings around Corrib Village also. 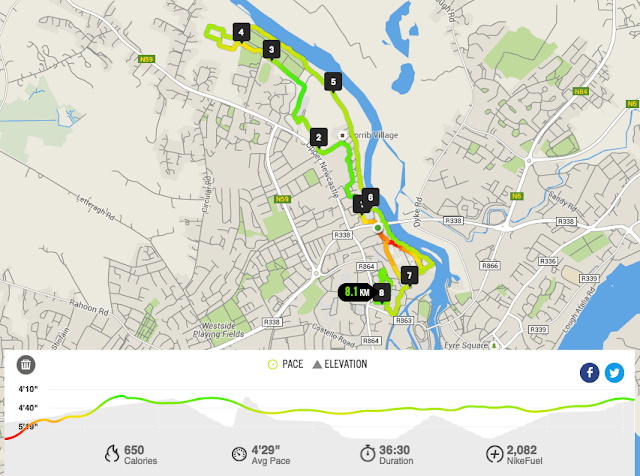 I crossed the finish line at 36:30 which I was really chuffed with. There was water, fruit & coffee as post-race refreshments so I helped myself to one of each! Gordon crossed the line about a minute after I did so we hung around waiting for Yvonne who knocked a over three minutes off her Streets of Galway time. My Chip Time was 36:17 and I finished 68th (out of 526) which isn't too bad in fairness. I was just 20s off my fastest 8K time which was quite surprising considering I'd felt quite heavy/tired in my legs throughout the race.

The best thing to come from the race (which was great!) is that myself and Yvonne have our Halloween costumes sorted now... *Hello 118 118* 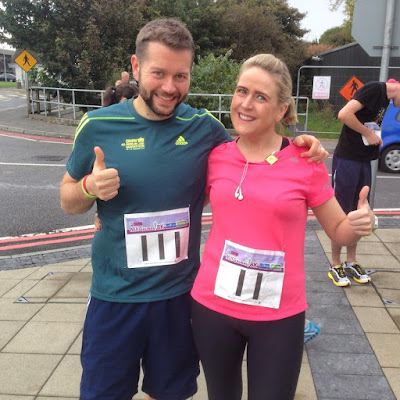