on March 10, 2016
Last week, I attended 'An Evening with Sonia O'Sullivan' in the Salthill Hotel. The night was organised by a Galway Physio (Cradock Performance) with all proceeds going to Connacht Schools Athletics Association. The night was a mixture of talks about Nutrition, Training and Mobility followed by the main event which was an interview and Q&A with Sonia herself. I love events like this as I'm always jotting down nuggets of wisdom imparted from people who know what they are talking about. 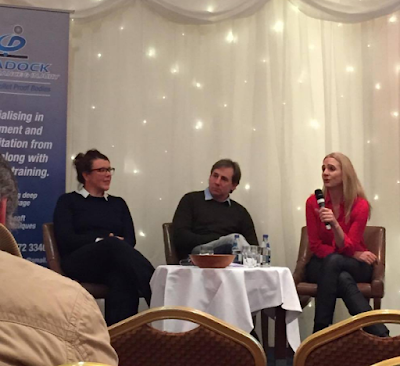 Sonia came on stage around 8pm where she spoke so humbly and honestly about her attitude and mindset when it comes to running. It was obvious to everyone there just how dedicated and grounded Sonia is when it comes to her passion, Running. (Backstory: Sonia won the 5000m gold medal in the 1995 World Athletics Championships and competed in four Olympics). Sonia is without doubt one of the greatest Irish sports stars and it was an absolute pleasure to sit there and listen to her speak for an hour.

The main thing that struck me as she spoke was how un-embellished her memories of her youth, her training and her efforts are. When asked about motivation, Sonia simply replied that she motivated herself through difficult times/training sessions with the simple desire to just not let herself down. She knew when she had an opportunity and she always viewed it like she was taking the place of someone who was working just as hard as she was for it so she was going to give it her all. 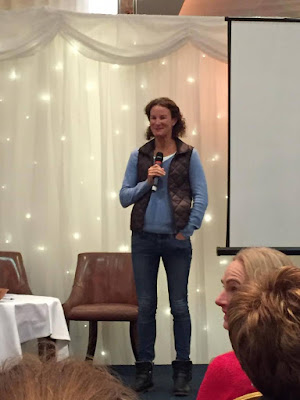 Her love of running is evident in everything she does and I think that is what I admire about her the most. Running continues to teach me that I am capable of so much more than I had ever imagined possible for myself. Most people believe things change once you cross the finish line in a race but I know changes happen once you cross the start line. My sister-in-laws husband is currently training for his first marathon and I'm jealous. That's kinda weird right? I'm jealous of someone who has yet to run their first marathon as I know how much the training and journey TO the start line of my first marathon was so much more than I could have imagined.

The other speaker on the night which piqued my interest was Greg Muller (from Pure Athlete) who talked about Smart Training. Greg put up a slide on Motivation vs Inspiration, showing the difference between the two words. On the surface, they appear similar in terms of sport and training but really, apply them to anything: College, Diets, Work and the worlds of motivation an inspiration are miles apart.

Motivation comes from a place of making yourself do something: a training run, an essay, a weekly diet plan. It comes from the place where you think you SHOULD be doing something as opposed to something you WANT to do. Using the slide below, Greg explained the starting point (the left of the chart below) of any action and how you need a drivers to re-enforce and push whatever you want to do higher and further than you can on motivation alone. Having a 'WHY' (i.e. Inspiration) for doing what you are doing will push you higher and further when working towards a goal. 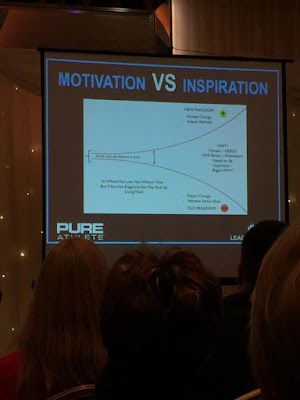 All in all, I had a super evening absorbing the information being presented to the room. Similar to Joanne Murphy's Tri-Talking Sport event a few weeks ago (link here), I'm loving the energy and enthusiasm around running and goals from people I would consider inspirations in their fields, all happening on my doorstep.

And while we are talking about people doing stuff within the running sphere, I've just been appointed Chairperson for my running club, Maree AC. So lets see what little changes I can bring to the table along with the new committee around the topics of running and goals for the members of the club, Start small - Lets see where it goes from here! 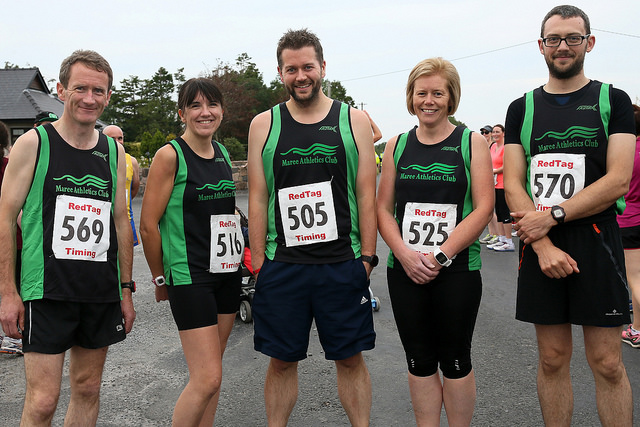