on March 31, 2014
Following a 10 day bout of non running, I was back in action. I ran Wednesday, Thursday and Friday but was careful not to overdo anything so close to the Connemarathon. I had already signed up for the Eamon Moloney 10K in Ennis on Saturday with Aisling so I was looking forward to that. Following my first Sub 45 minute 10K in Newmarket on Fergus two weeks ago, I was hoping to break my time again as I was familiar with both the course and felt back in the zone. 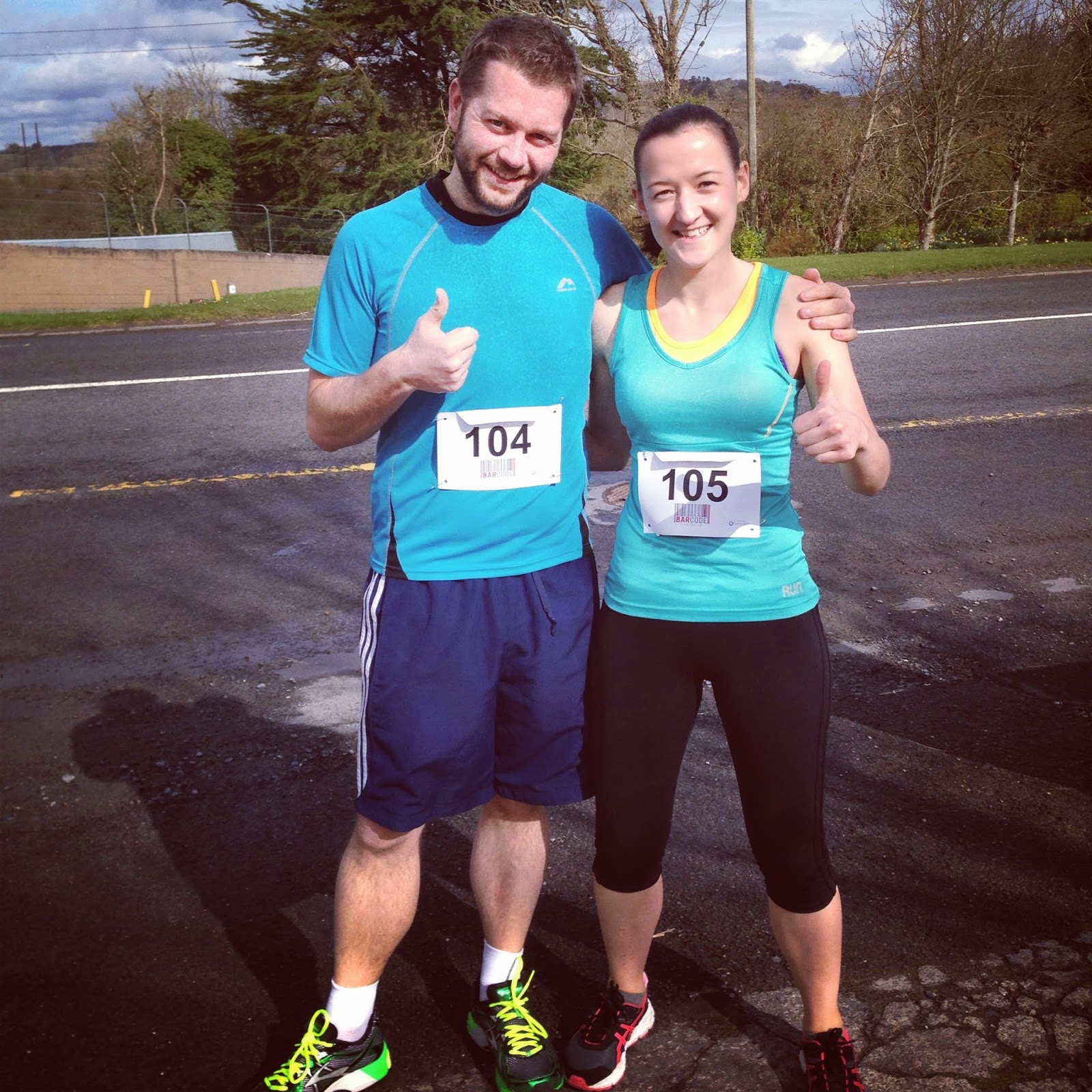 Myself & Aisling ready to kick some ass

I had collected our timing chips and bibs before the race so myself and Aisling just had to rock up to the start line 15 minutes before kick off. We used the time to our advantage and we warmed up running around the Fair Green before making our way over to the start line and finding out place in between the pacers. Again, for the 2nd time in a row, I'd forgotten to pack my headphones so I was running this one with just my own thoughts to keep me company. As the race start drew closer, it became immediately apparent the numbers this year were down on last year (its 1st year) and the race just didn't have the same 'vibe' as before. 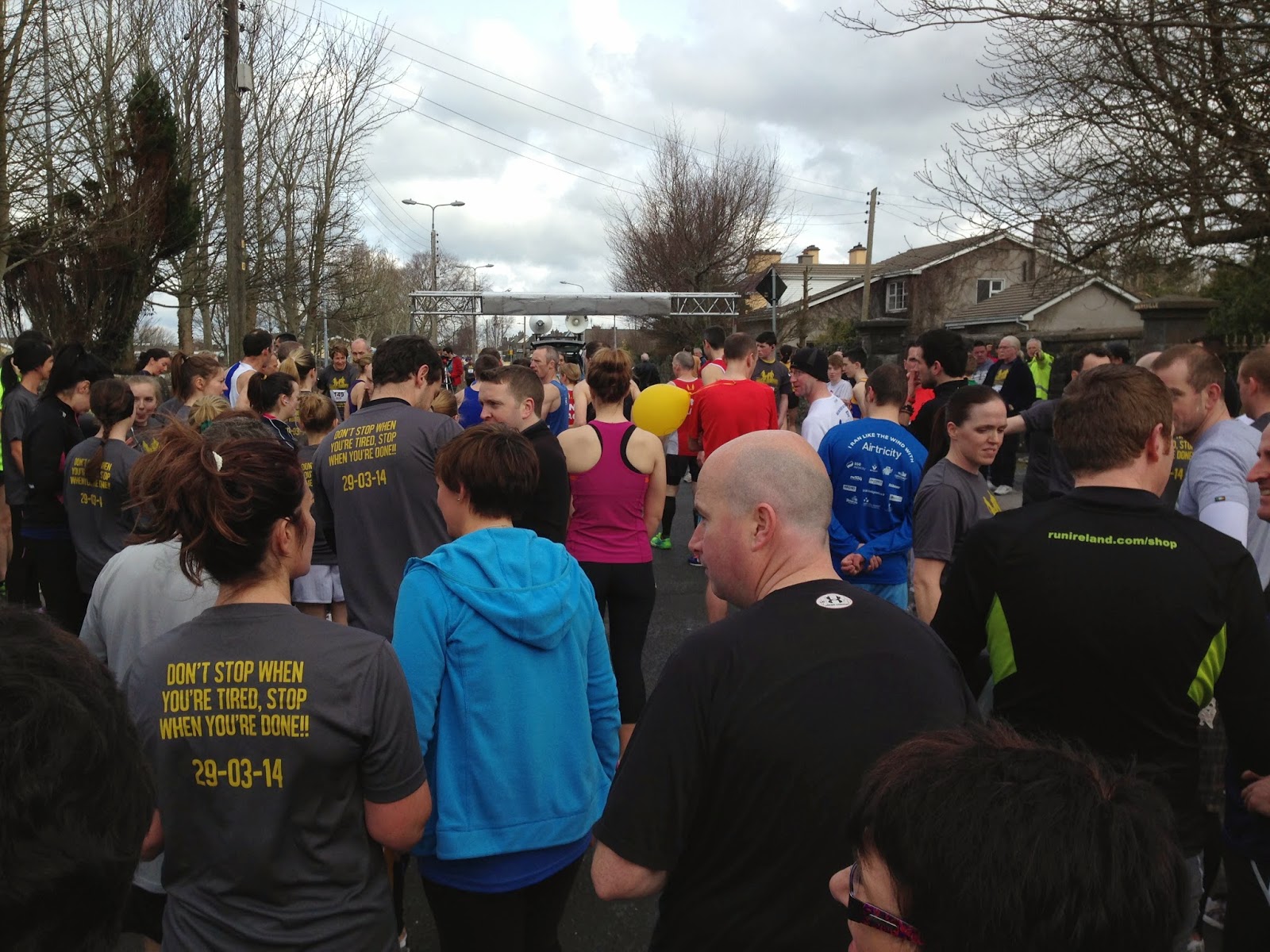 The race started off shortly after 11am and I tore off like the clappers heading off out the Tulla Road. I was slightly concerned that I could still see the 40 minute pacer just ahead of me for the first 2km but seen as I didn't have my headphones I couldn't hear my pace as I was running. By the time I reached the 3km marker, I knew I was in 'trouble' from the point of view that I had gone out too fast. The 40 minute pacer was lost in the distance yet I could see the 45 minute pacer over my shoulder. The next 2km along Ballymaley were slower and gave me a chance to gather my pacing.

As I turned out on to the Gort Rd at around the 6km mark, the 45 minute pacer caught up with me. I felt deflated to think I wouldn't do better than my planned 44m 30s goal I had set two weeks before hand. It's really hard sometimes to push through when a pacer catches you like that. I remember during the Kinvara Half at the beginning of the month, once the 1:40 pacers caught me, I let them swallow me up and I never caught them again. I wasn't letting this happen this time. 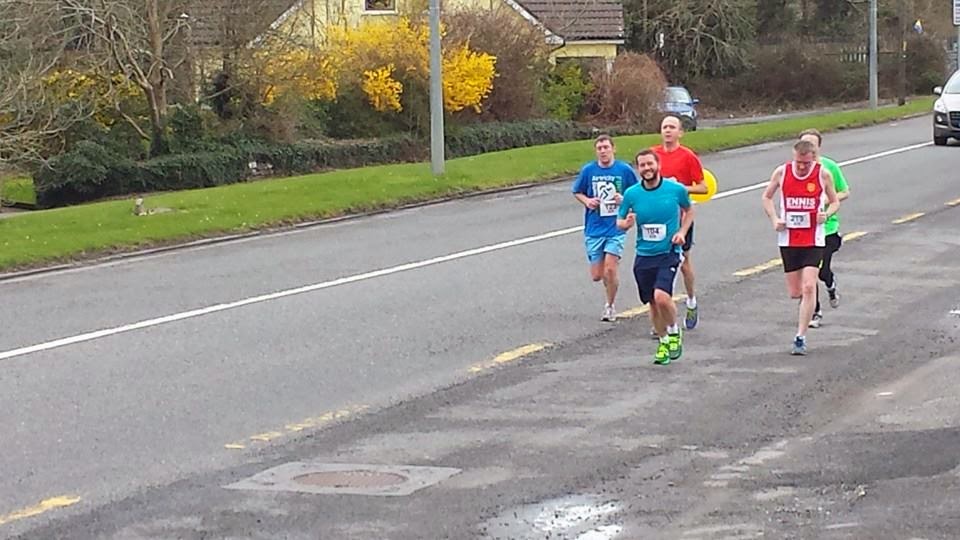 I pushed on just in front of the pacer who was (in fairness) amazing. He kept saying things like 'All downhill from here' and 'Take it easy for this kilometre and then I don't want to see you again'. I passed my parents house at the 7K mark where my mam, dad and grandparents were out in the garden waving as I passed. It was exactly what I needed to give me a little extra pep in my step and off I took secretly hoping to put a few seconds between myself and the pacer.

Like last year, one of the most challenging parts of this race was running alongside and through traffic. I understand it might be difficult to close the Gort Road but bleedin heck, the McDonald's roundabout by the hospital was a mess despite the Gardai presence stopping and directing traffic. That being said, I navigated my way around cars, over the roundabout and across the road towards the Court House. With the finish line just around the corner I pulled out all the stops. I crossed the finish line just before 44 minutes on the clock. My official chip time: 43 minutes 52 seconds! 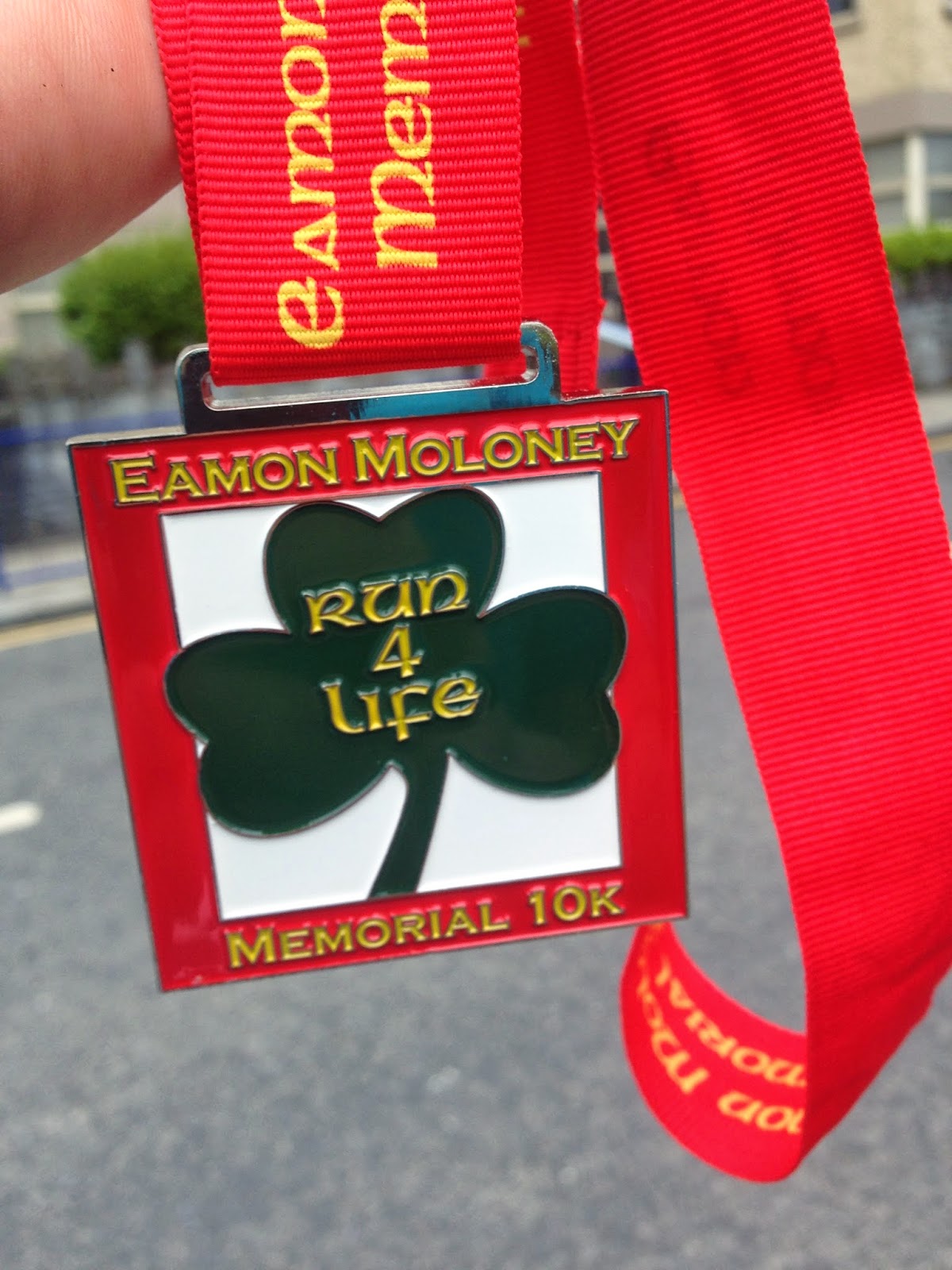 I love adding new silverware to my collection

Delighted with my time, I stood at the sideline waiting for Aisling to come in when the 45 minute pacer who had nudged me on came up to me to say 'Great running out there' which I thought was lovely. I've never gone up to anyone I didn't know after a race but it is something I will definitely do the next time the situation calls for it. I could see Aisling heading for the final turn and I roared as she sailed across the finish line knocking two minutes off her own previous best. 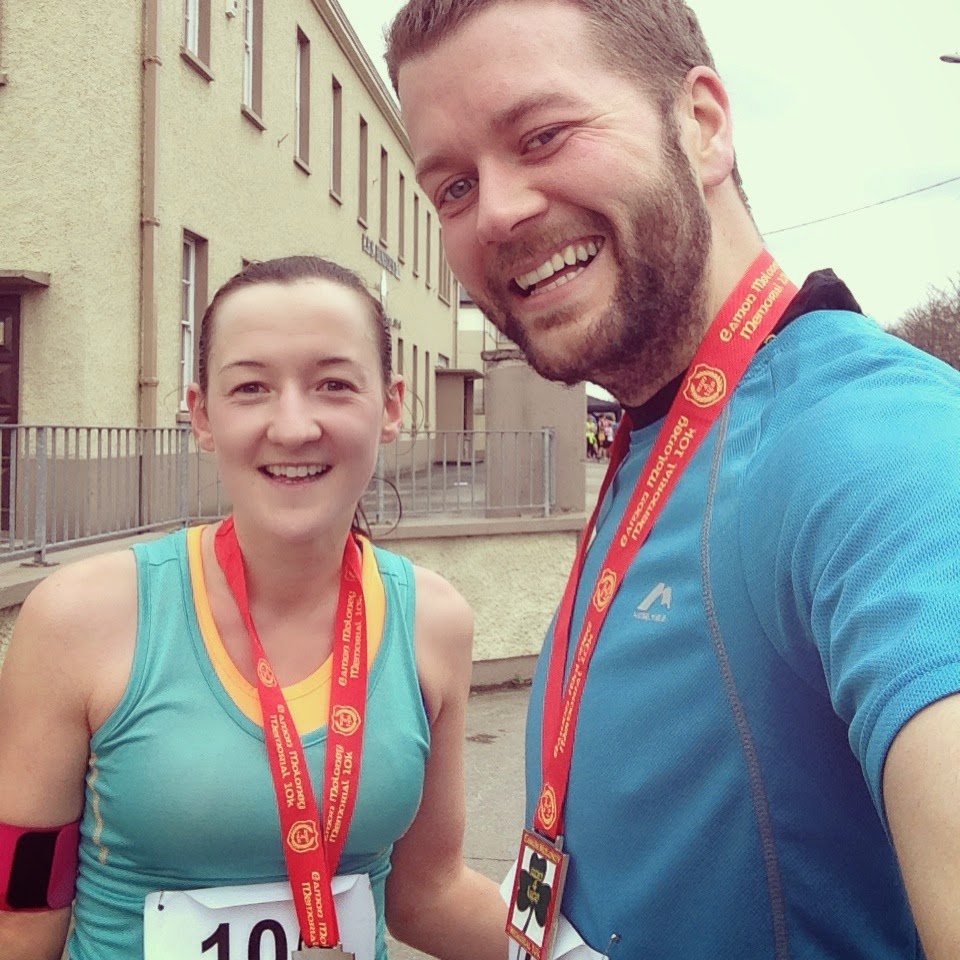 So with the Eamon Moloney 10K behind me, that leaves the Connemara Marathon as the next hurdle in front of me. This week is most certainly going to be a challenging one - I hope I don't go too Taper mad! Roll on 10:30am this coming Sunday morning... 26.2 miles in Connemara - I'm ready for ya! Eeek!