on May 11, 2014
Loughrea has stuck out in my mind as 'the toughest' of the 5K series races from last year but I'm almost sure that had more to do with the wind & rain last year along with the parking fiasco which resulted in myself Brad and Sinead running to the start line just in time for the race start. This year, we weren't taking any chances, so when myself and Aisling landed in Loughrea at 7:10pm, we had too much time on our hands. 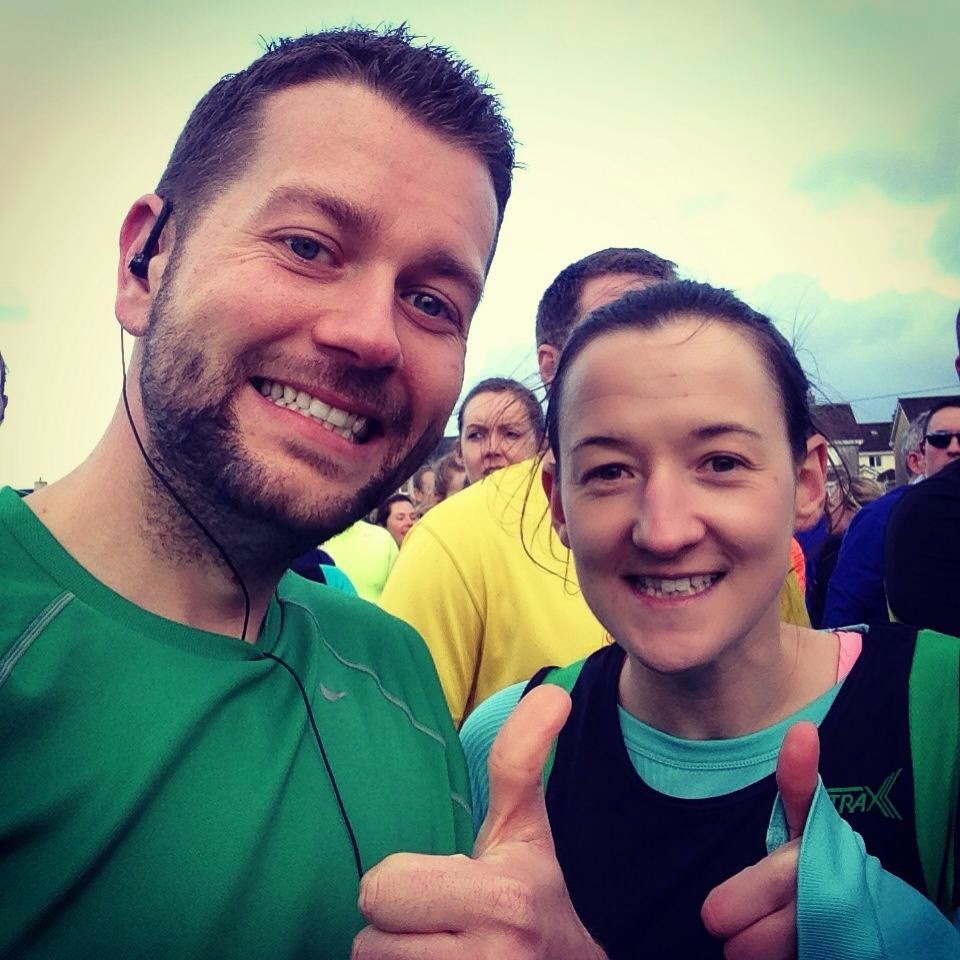 The sky had been threatening to spill all day but we were hopefully we'd get through the race before that happened. We took 10 minutes to warm up (unlike last week) so were feeling prepared for the start of the race. As Tuesday (May 6th) was 60 years to the day since Roger Bannister’s broke the 4 minute mile, Loughrea AC commemorated the occasion with a large clock exactly one mile into the 5K route. I thought that was a lovely touch. I'm a KM man myself so despite the fact the Half/Full Marathons are counted in miles, I'll always convert to KM. 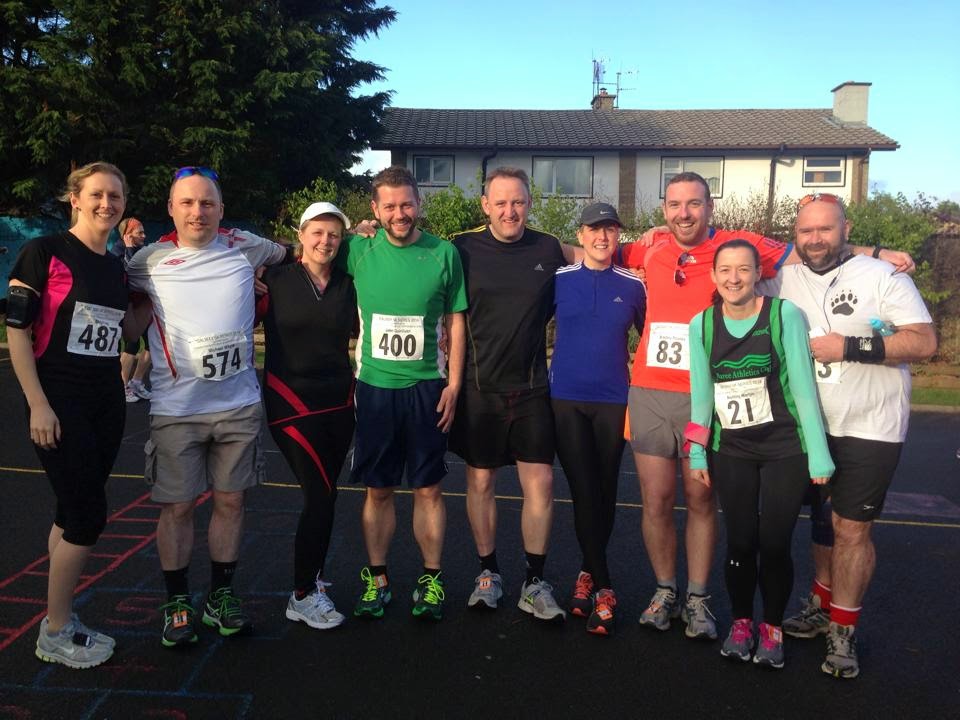 The run started at 8pm and we were off in a maze of puddle dodging and people swerving for the first kilometre. I passed the clock at the 1 Mile mark just under 7 minutes (6:55). I'd be interested to see what my 1 mile time would be if I was going all out  (as in, just running the mile). 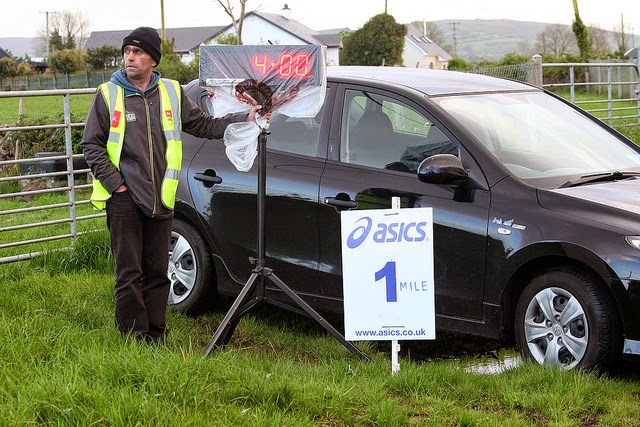 Anyway, after the 2km mark, the course took an uphill turn AND it started to rain. Not suitable! I knew if I could push through I could probably match my time from Athenry the previous week. By 3KM I knew that was probably out of the question (just over 13 minutes). Huffing, I pushed upwards in the rain and hit the 4K sign at 17:41. I knew the last km was entirely downhill and I just decided to go for it.

I flew off at speed towards the finish line (which you could see from the top of the hill at the 4K mark) with the rain battering down as I ran on. As I approached the finish line I had my eyes on the clock and couldn't believe it was still in the 21 minutes region. I crossed the line at 21:47 which was 5s slower than Athenry but on a much harder course in wet conditions. My chip time however: 21:31! BOOM! Knocked 6s off my chip time from last week! I also got a badge for Fastest K on my Nike App (3:50 for the last km!) 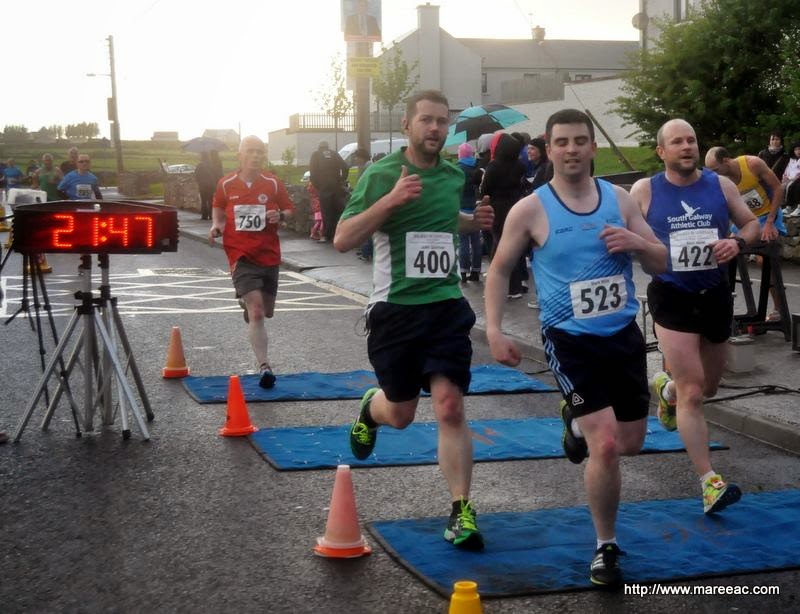 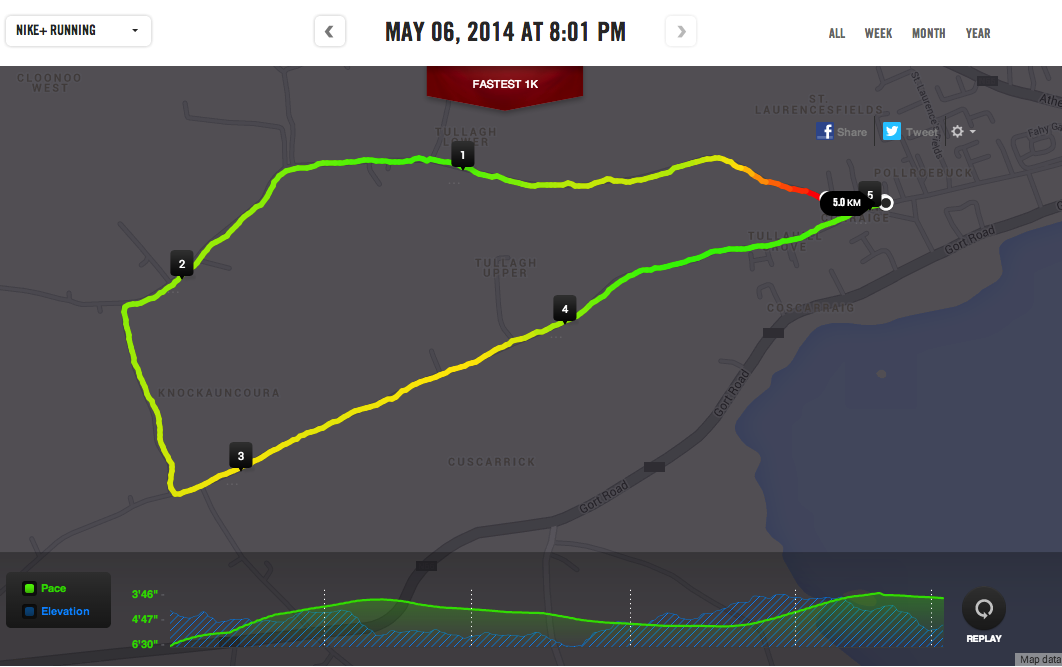 It was a tough course but I enjoyed it. Looking at my pace, I certainly know to keep whatever is left in the tank for the end of the race and to push through that way for a shorter race. I won't be running next week as I'm marshalling for the Maree leg of the 5K Series.
5k Aisling Fastest 5K Fastest K Galway 5K Series Loughrea Maree Michelle Pace Personal Best Race Rain Rob Running Yvonne