Up and down the back roads...

on May 20, 2014
Tour de Connemara is less than a week away and I've grown more and more conscious of the fact I haven't been actively pursuing my cycling. If given the option, I will still go for a run. Its just so much easier. No glove, padded shorts or helmet needed. No need (really) to worry about traffic or roads. I always set off on a run with my route mapped out in my head. Cycling really is a different beast altogether. 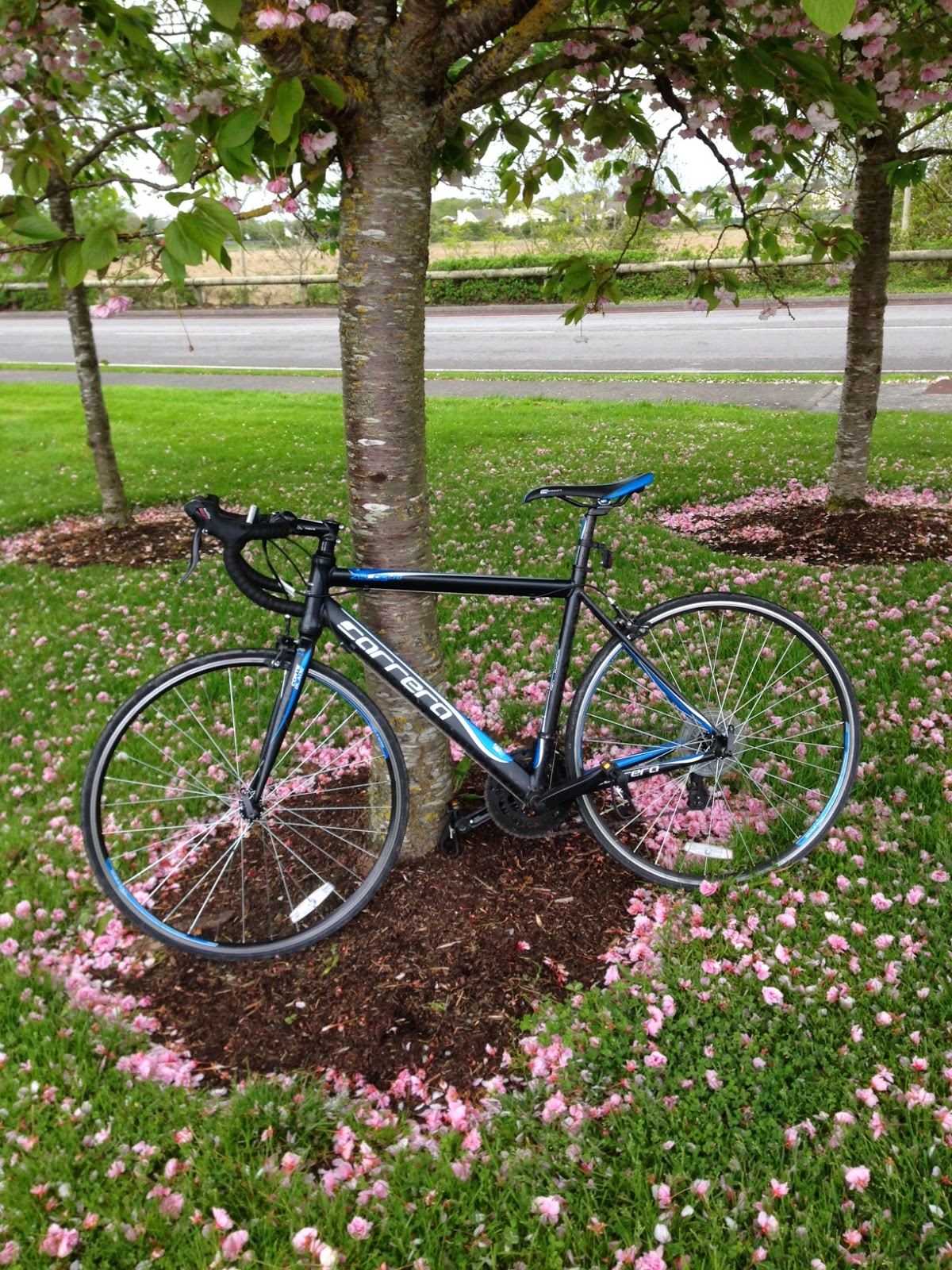 On my last cycle, I headed off with a route in mind (Oranmore to Coole Park and back) but about 10 minutes into the cycle, I became very wary of my inexperience on the road when it comes to cycling. I found myself without any hard shoulder as I turned into Clarinbridge (the narrow turn by the water tower) when a car sped past me with what felt like a cats whisker between myself and his wing mirror. Now, I would like to point out that I was most definitely not in the wrong here, I was as close to the yellow line as possible and with the solid white line on the drivers side, he was being a dick trying to overtake me when he had no visibility.

The conditions were bad (it was grey, wet and windy) so I decided to turn up and travel along some back roads for a while just to calm back down after my near miss. I took the left just before Clarinbridge and went off exploring all the side roads around the villages I know so well. When running, you would never take a chance and see where one road connected to another, however this time I could go for it. The back roads behind Clarinbridge/Kilcornan Woods were quiet so I just peddled away to myself happy out (despite being lashed on).

I re-joined the main road on the far side of Clarinbridge and stayed in the hard shoulder as far as Ardrahan. Despite Ardrahan looking like an empty movie set, I decided to head left and took another road I had never been on in my life. I loved it. I loved cruising along past houses I'd never seen. I loved seeing roads which connected to other places I never would have thought were joined other than the way I know. The only downside to the back roads experience was the amount of dead hedgehogs, badgers and cats I passed :(

The back road brought me as far as Craughwell and I knew I had the tough straight road back to Oranmore. It was particularly tough heading home as the wind was constantly against me but I cycled on and made it home in just over 2 hours. 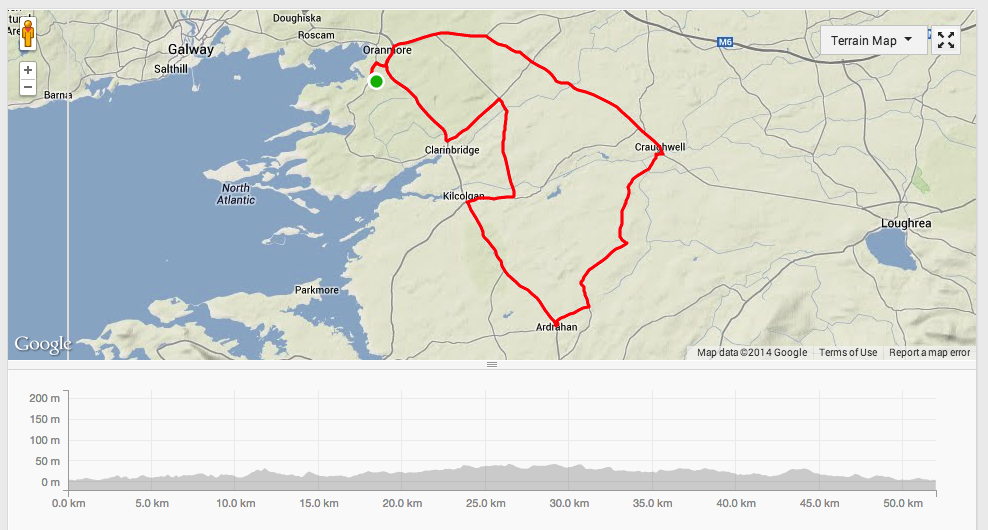 I'm excited for this Saturdays Tour de Connamara. It will be my first cycle event, my first 80K and hopefully will give me a better feeling of belonging as a cyclist. I know I haven't done half enough preparation for this however I think having signed up for this event has been crucial in keeping me going and getting me this far so far. It's just over 6 weeks until the Ring of Kerry which is 180K! Eeek! I'm hoping this Saturday gives me the kick/confidence I need.