on March 17, 2015
I cannot believe how quickly the marathon weekend came around. Myself, Cathal, Brad and Rob made our way to Tralee on Saturday afternoon and I had a lovely evening carb loading while the others enjoyed wine, cheese and bread. I disappeared off to bed around 11pm as I was tired and looking forward to a nights sleep. My alarm woke me at 7am and after eating my weetabix out of a tupperwear container (how glam), I spent the next hour reading my book. I left the hotel at 8:40am and made my way to the start line. 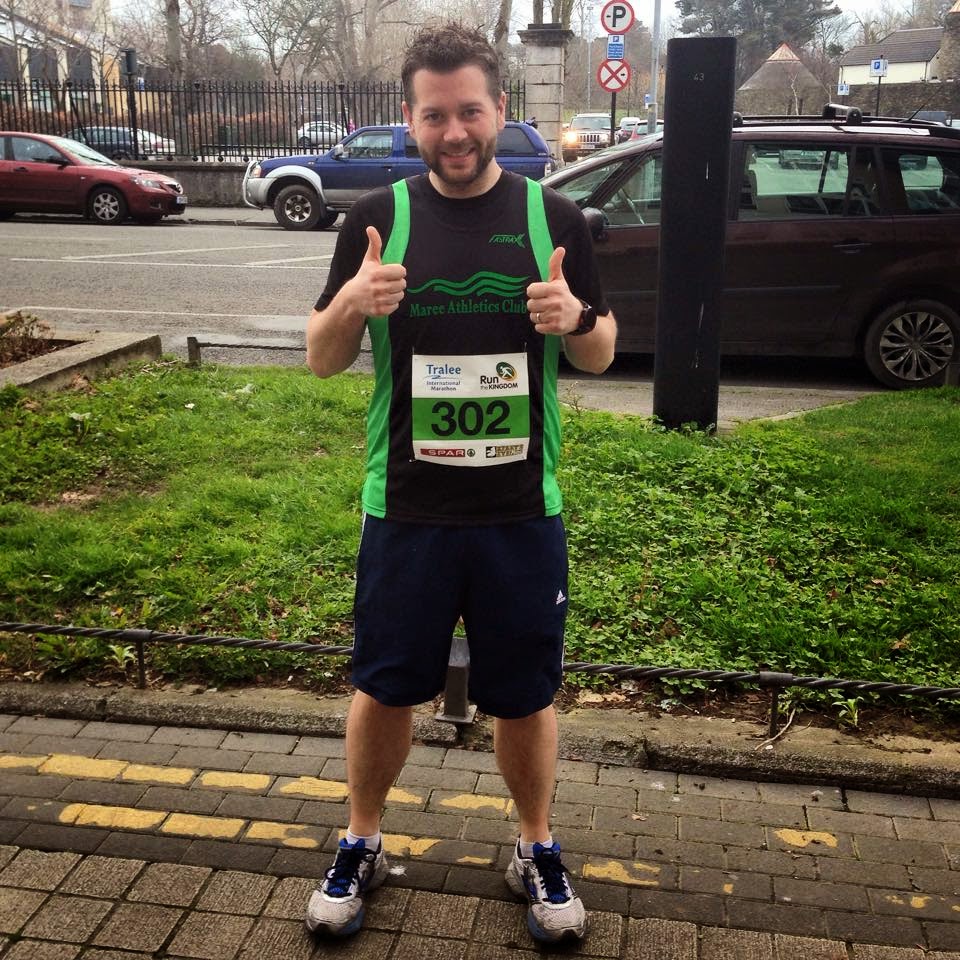 Outside the hotel before the race...

Myself, Cathal and Brad made our way to the Start Line which was by Dunnes on North Circular Road. The place was buzzing with music pumping and people excitedly talking. Sometimes you hear the best things before a race, and sometimes you hear something that scares you. I overheard one guy say "after the last hill at mile 25 - it's all downhill from there" - Ah here, LIE. The only people that should never lie to runners are spectators as their idea of "nearly there" and "just around the corner" are grossly miscalculated :) 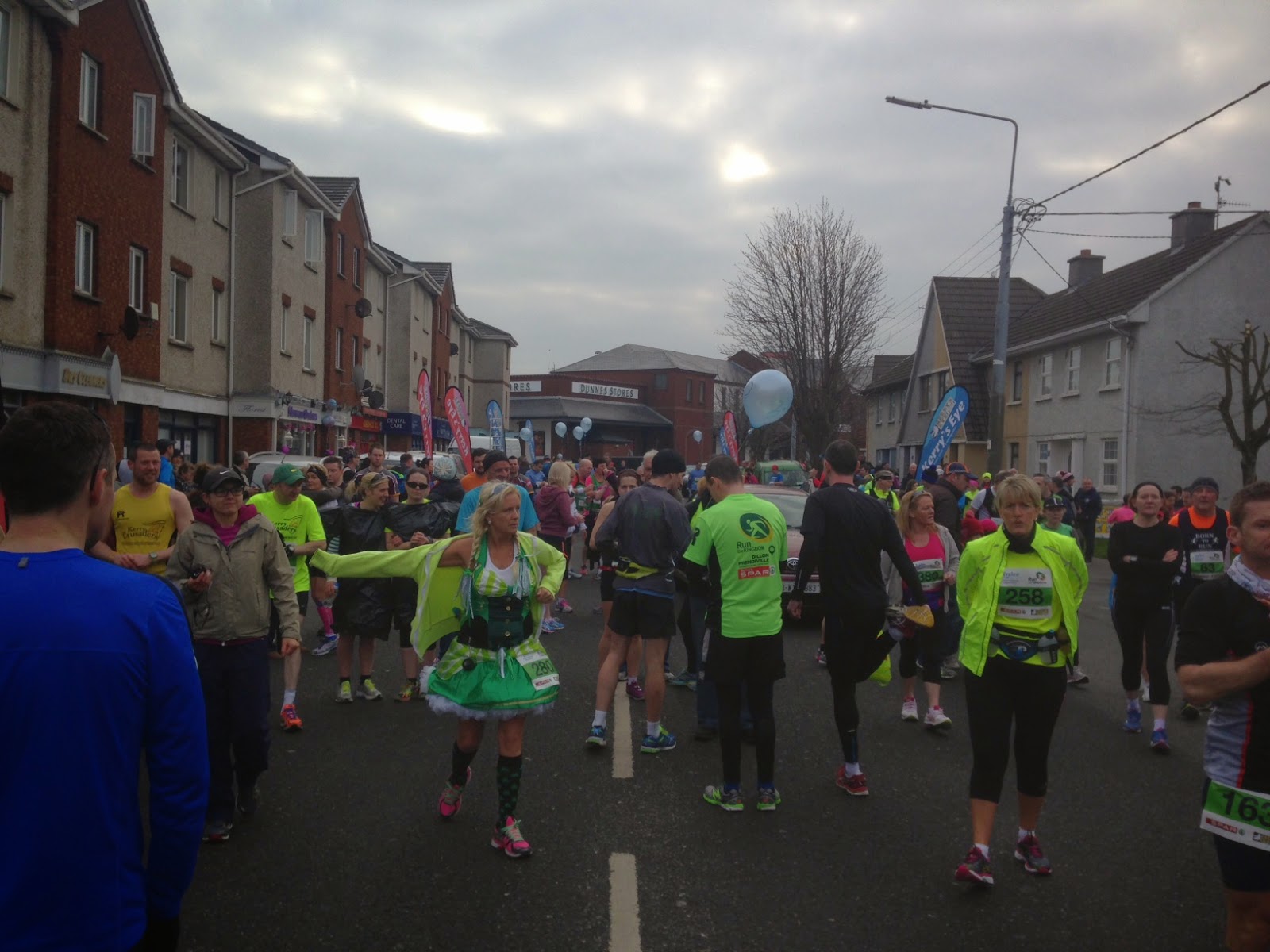 The race started shortly after 9.00am and I was off. There was plenty of support on the route as it left Tralee and headed for Ardfert. I will admit I was a bit surprised when the 3:45 pacer passed me out at Mile 5 as I didn't realise I was going faster than planned. It was then I decided to stall up a bit and try keep my km splits to 5:30/km and I stayed with that as best I could going forward. The route bought us out around the Tralee Golf Club before we met some of the leading Half Marathon runners. To see people overtake you at such speed half way though is quite disconcerting but I kept my head in the game and ploughed on. 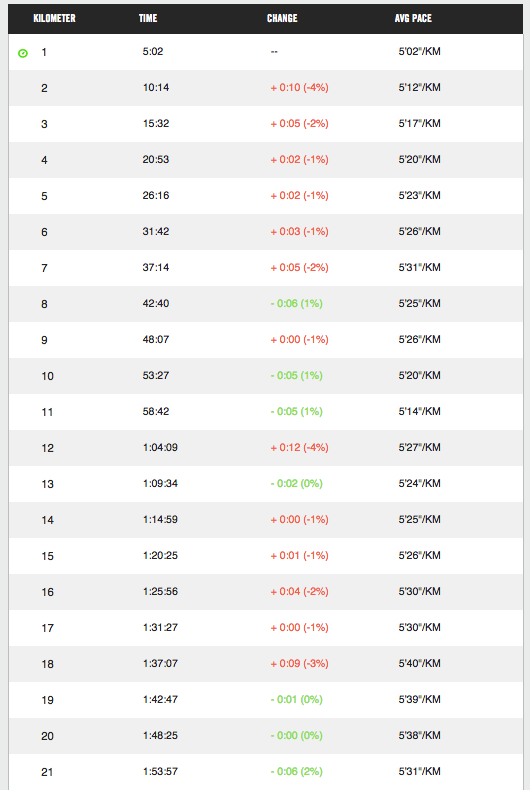 The First Half - Time Splits

From where the Half Marathoners and Full split, the marathon became more of a solo effort. There were 360+ taking part so I found most of the route there was one or two behind and in front of me. No one overtook, no one was passing you out. Having that one blue t-shirt about 100m infront of me didn't really encourage me to overtake him so I just ran with it.

I have to say, this run was one of those that just went with me - The mile signs clocked by one by one and before I knew it, I was in Fenit where the course looped. This was the first point in the game when I knew how far "back" the 4:00 hour pacer was from me. As I passed Mile 19, the pacer was coming towards me so I knew I had about a kilometre distance between me and him.

I hit Mile 20 just under 3 hours so that was the first point at which I thought the 4:00 marathon was still achievable but I'll always remember what someone told me before: "A marathon is a twenty mile warm-up followed by a 10km race". I had an hour to run 10K, very doable but when you are that drained. My legs were starting to hurt and stamina is hard to persist when you pass people walking (or limping). I never thought about the end line, just the next mile marker as I kept on going.

My only criticism of the race would be the fact there was no energy drink on the course. I really felt like one around the 20 Mile mark would have helped but I had to make do with water and my jelly babies as I ran back towards Tralee along the coast against the wind. We turned off the main road with three miles to go and I still hadn't been overtaken by the 4:00 pacer so I ploughed on, sniggering at the "If you collapse, we'll pause your garmin" sign stuck on a farmers gate. My time splits got slower but I kept going - one foot in front of the other! 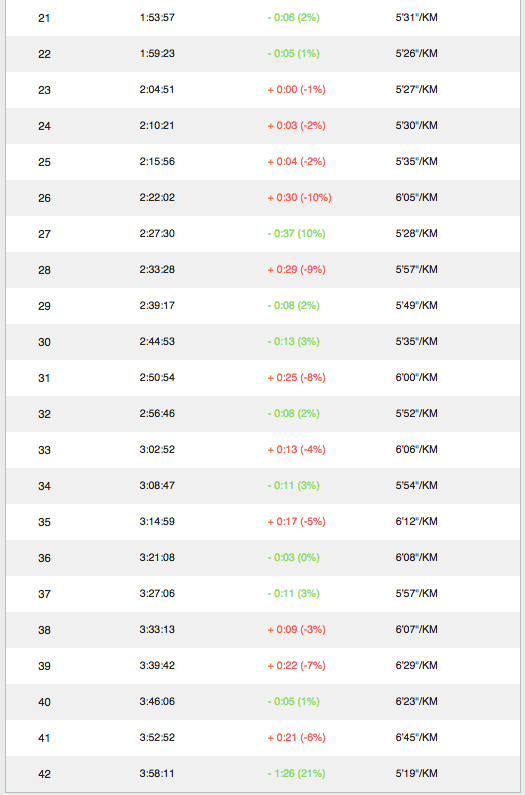 At the 25 Mile sign the 4:00 pacer finally caught me! He was really sound and really pushed me on for the last mile as we rounded downhill and straight back into Tralee. As we turned onto the home stretch I saw Michelle Burke (@chelleburke) and Joe Galvin (@galvinjoe) who were cheering like loons. It was so nice to hear someone roar your name. 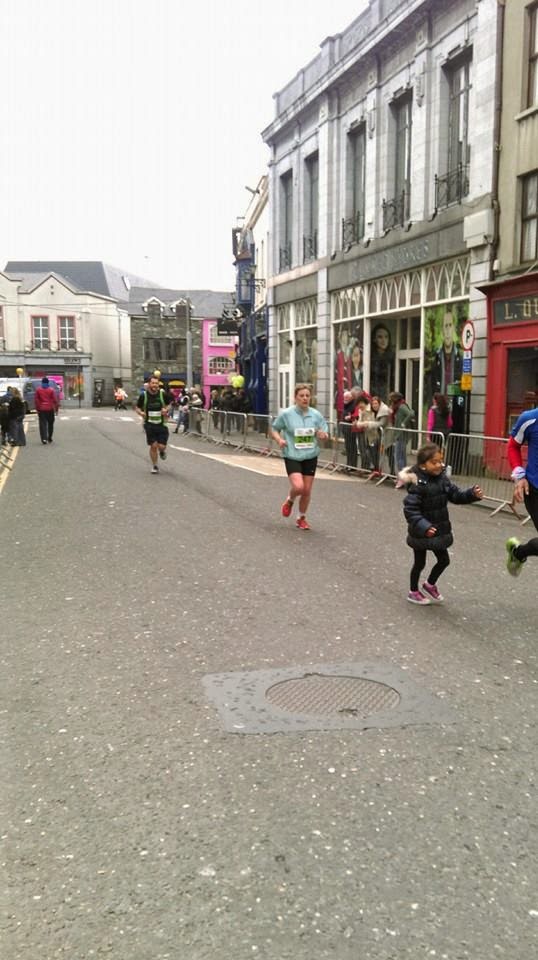 Coming up to the Finish Line (Pic from Michelle Burke)

As I got closer to the finish line, my eyes weren't on the line or the clock but Brad, Cathal and Rob cheering from the side line. Made a quick detour and high-5'd them as I was oh so happy to be finished. Brad even made a little video of it (I love it).

Tralee Marathon 2015 from Scoobydoofus on Vimeo.

I crossed the line at 4:00:47 - a fraction over the 4 hour mark but oh so happy. Maybe self doubt had taken over but in the run up to the run itself I really thought 4 hours would have been out of the question so to finish there was more than I could have asked for. I felt the best I've ever felt post marathon - no cramps, no feelings of nausea. Ya I got cold pretty quick and my legs felt like they weighed 10 tonne but nothing a hug & a kiss from my husband didn't solve! 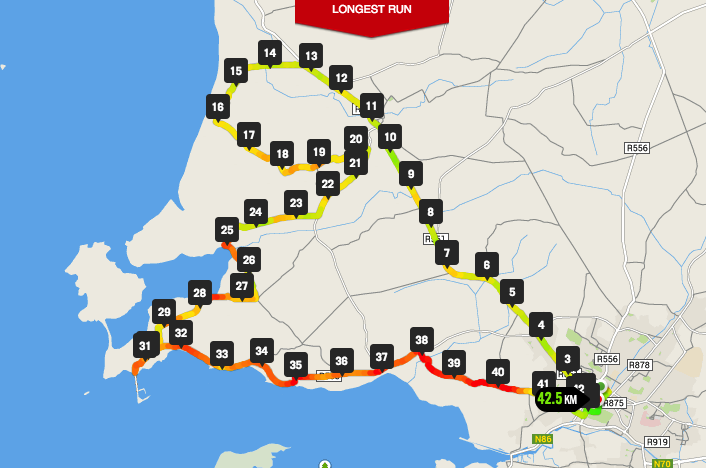 You can see from my time map above how excellently I started out and how my pace gradually got slower. The last 10K was tough but it was fine. Every cloud has a silver lining and for me, mine came in the form of the 'Longest Run' award. Yep, I've never run for 4 hours straight before so that's quite an achievement. Even in Connemara last year I had to walk a lot of the uphill near the end - this was like a walk in the park in comparison. 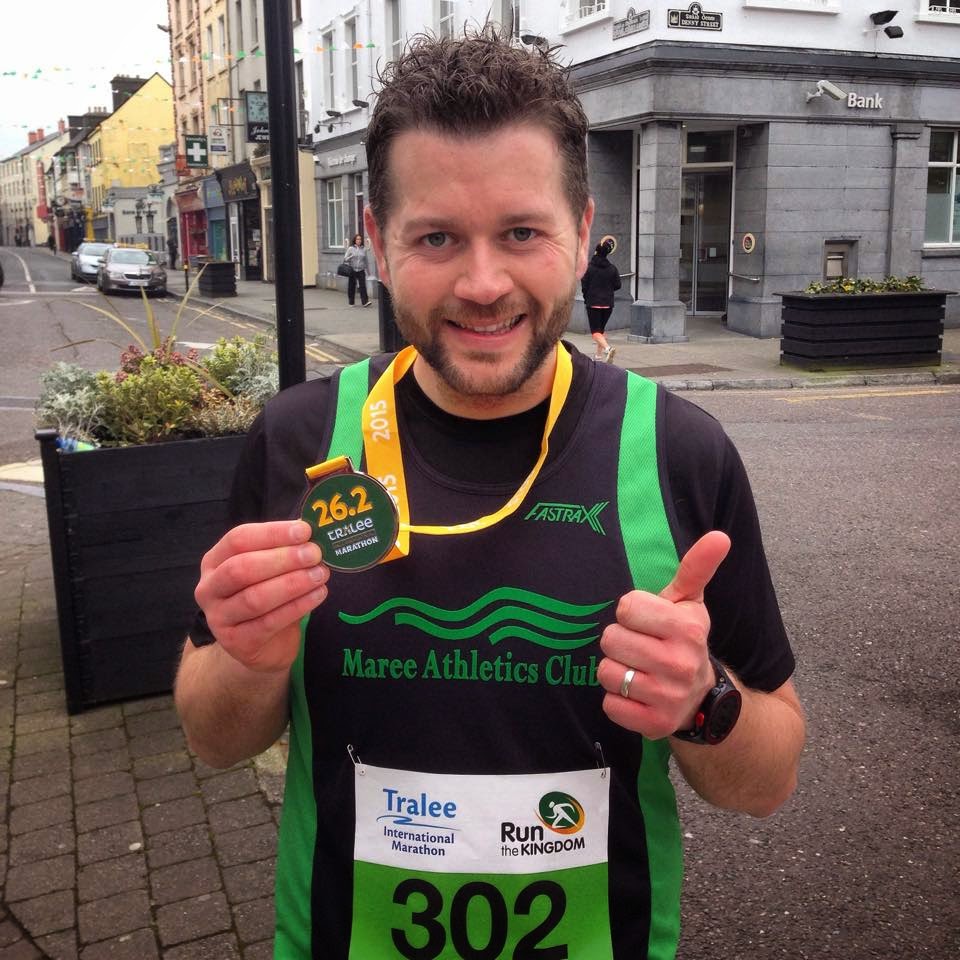