on March 06, 2015
Last Sunday (March 1st) was the second race in the Run Clare. Run Clare is a 4 month, 4 race series bringing people from 5K to 5 miles (8K) to 10K to 10 miles (16K) between January and April. What is so different about this race series is that similar to the Galway 5K Series, each race is someplace different, so last Sunday myself and Aisling headed off through the snow storm for Quilty on the west coast of Ireland. 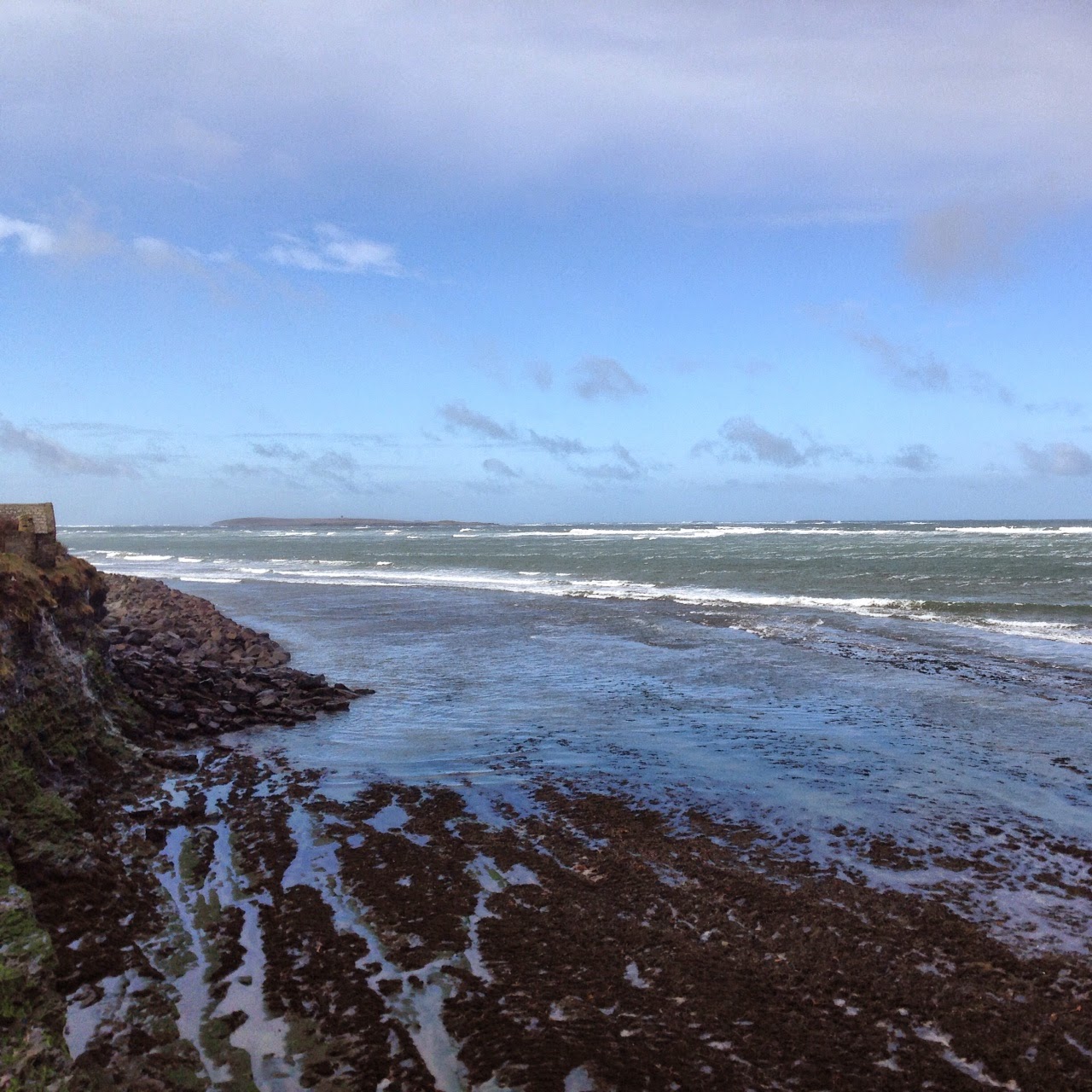 We checked in for the race in the Quilty Tavern where we had a few minutes to hide out from the cold. At about 12:30 we headed back out and started do our warm-up before gathering at the start line for the 1pm kick off. Unsure if it was going to rain, snow or if the sun was going to come out, this was the first time I've run a race with a jacket on (just to be sure!). I'm in that pre-marathon-oh-christ-everything-could-kill-me-phase. 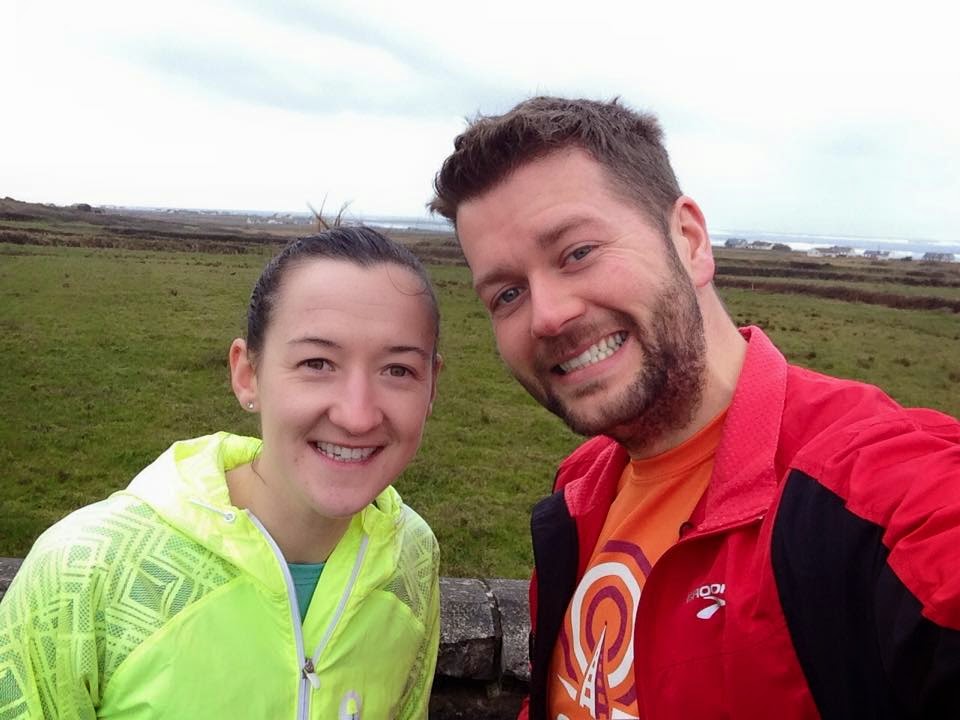 The run started bang on 1pm and over 500 people took off into Quitly. It wasn't long before we hung a left and ran along the coast for 2km. The wind battered into us for the first 2km but honestly, the views of the angry restless sea below us was spectacular. I love running in places I've never been before as it gives you something to look at. I had set myself the target of 40 minutes for this 5 miler (5:00/km). 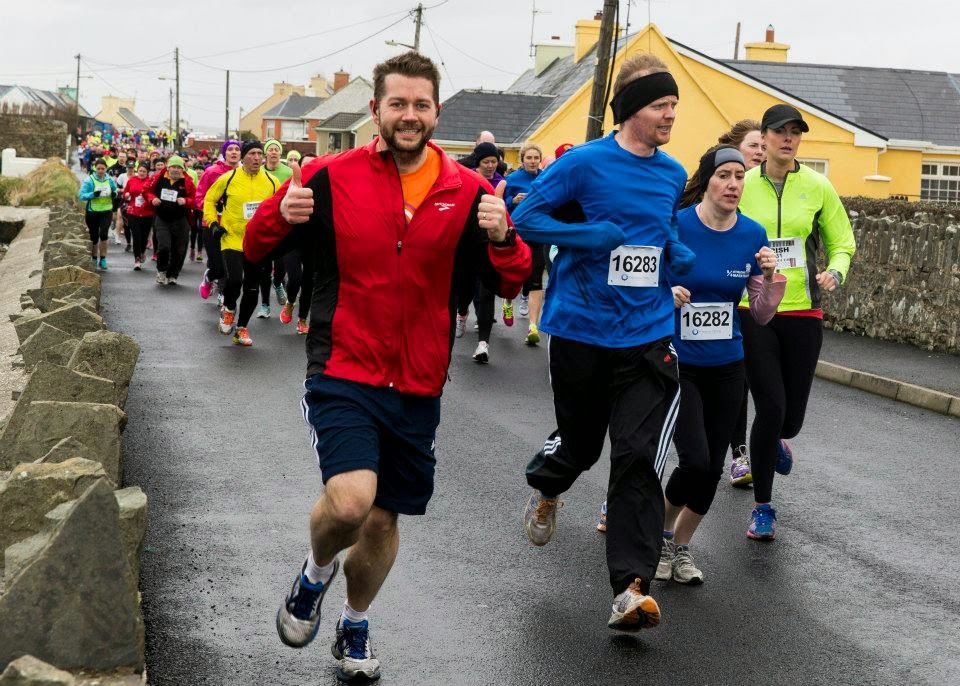 The race followed a square shape about 2km each side. From 4km the wind was at our backs which certainly helped as we ploughed onwards back towards Quilty. I was happy enough with my pace as I really didn't want to push myself incase my hip started to flare up again (I sound about 90 don't I), but I had just run 21km the day before as my last long run for Tralee so didn't want to push it.

There was a nice uphill around the 7km mark but I knew once I hit the top of the hill, it was all downhill from there and true enough as soon as I hit the peak, I could see the finish line at the bottom so I sped up and crossed the finish line in under 41 minutes (Chip Time: 40:43). 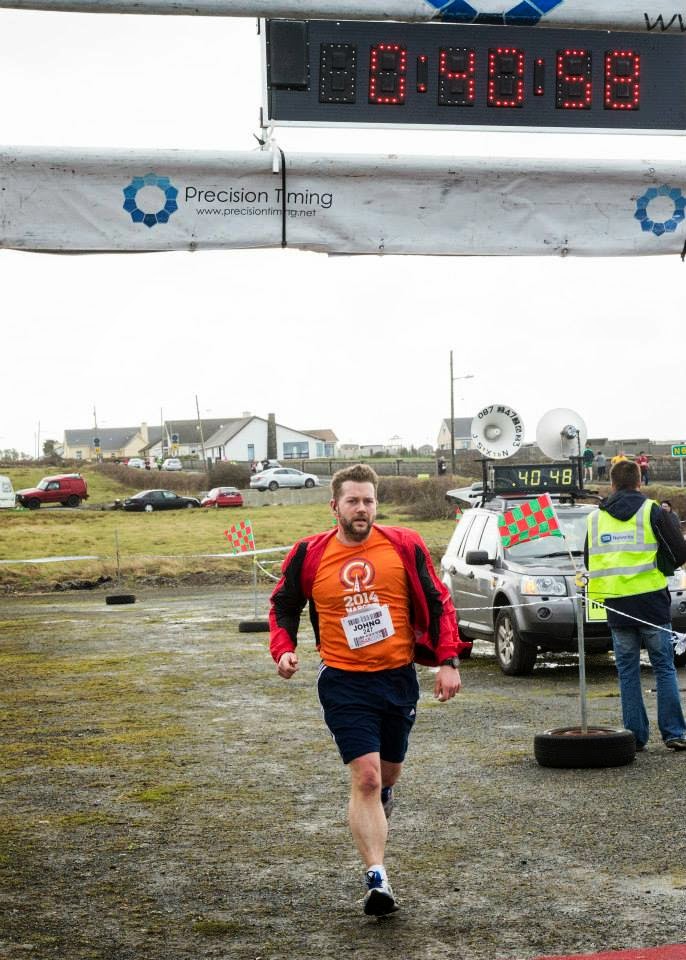 A great race in a beautiful part of the country (I'd never been before). Aisling followed shortly behind me and with that, we jumped back into the car and headed for Ballyvaughan for some lunch. As I crossed the finish line after running 5 miles, part of me ignored the fact I've another 21 miles to run on top of that in two weeks time. Eek.
5 miles 8K Aisling Ennis Pace PB Quilty Race Race Series Run Clare Running