on October 05, 2013
What a crazy few days its been... I'm wrecked! I finished up work on Wednesday afternoon and headed for the bright lights of Dublin on the bus. I met up with my brother and we headed off to the RaboTweeties in The Odean. I'd never been to any of these events before (usually because they are in Dublin and on during the week - but mainly because I've never had a reason to go). 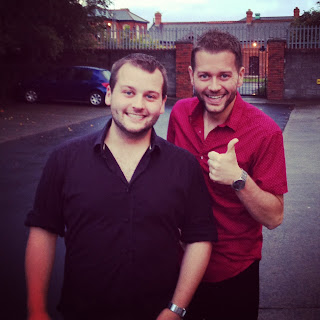 
We arrived at the venue where we quickly scanned the room determined that we knew no-one so decided to find ourselves a spot for the night where we applauded the winners, drank cocktails and waited nervously for the #TweetieInspire award to be announced. Now, I'm not that naive, I know the winners know they have won before any award show so I wasn't actually expecting to win (also, it was a public vote on Twitter so I had seen the votes coming in by searching the hashtag). While Samantha Kelly collected the #TweetieInspire award (Congrats!) myself and my bro clapped and sipped our cocktails. 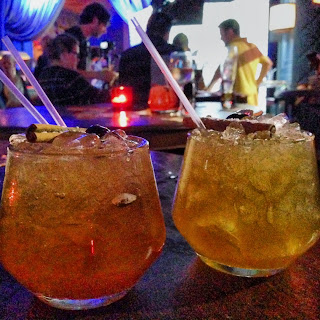 
On a personal level, the highlight of the night for me was meeting @WarnerMusicIrl who I have been following and interacting with online for ages. That is what Twitter is about for me - connecting with other people over similar interests. I do find Twitter can be a bit of a pain in the hole at times with all of the bickering and self-righteousness but if you overlook the negative-nellys and bickering-biddys, it can actually be a wonderful place. 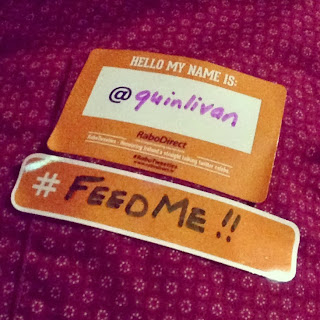 My #FeedMe sticker was meant to be ironic. Don't think people got it

When the awards were over, myself and bro feiced off where we met up with friends and continued drinking. Of course the night ended with me throwing some questionable (but epic) shapes on the dance floor to Britney. Feic it - I felt kinda bold being out on a school night. 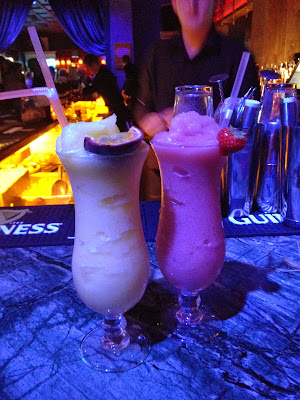 I woke up with a very sore head at some point Thursday afternoon and committed the cardinal WW sin... Went to the shop hungry & hungover. Of course I wandered around with my basket piling it with frozen pizzas, biscuits, crisps and chocolate. I was like a robot on auto-pilot sniffing out anything sugar-filled and comfort food-y. As I stood (like a zombie) in the queue for the checkout, a spark of common sense flashed across my mind and I started to propoint what I had in the basket. 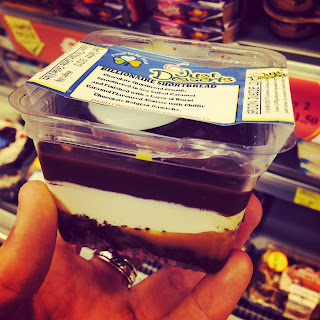 23 propoints in this small dessert for ONE

Shocked and appalled at the propoints in the Billionaire Shortbread (I knew it was bad when I picked it up but didn't realise it was THAT bad), I quickly re-assessed the situation and dumped the crisps and chocolate from my basket. I changed the frozen pizzas to extra thin base ones (hey, you can't win them all eh?) and bought some bananas and apples. Disaster adverted at the last minute!

Fuelled and suitably recharged, I headed off to meet Sinead as we had tickets to the Bruno Mars concert in The o2 on Thursday night. As it was raining out, we decided to do our usual and head to the Gibson for some pre-gig hydration :) What does that mean... more cocktails. Jesus, if I'm not stuffing cupcakes in my face its cocktails! I think I have a problem/love for things beginning with 'C'... Cupcakes, Concerts, Charles, Cake, Cocktails, CJ... 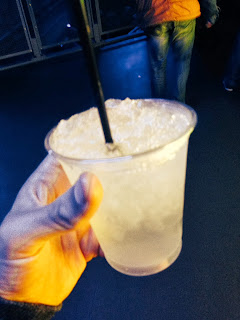 Cocktails on Tap... Whats the problem?

Bruno Mars was ACE! Really really enjoyed the gig. I was quite surprised the gig was sold out to be honest, I like him but didn't realise he had that many fans y'know? Anyway, Bruno entertained us to the max (along with watching the six drunken girls in pink cowboy hats squeeze into three seats and then get kicked out). 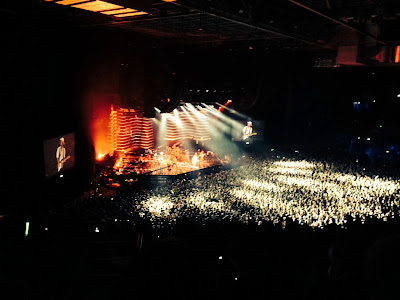 Obviously I rang Brad & Rob during 'Marry You' as I cannot hear that song and not think of them. For anyone who hasn't seen their Marryoke from last year (which features a 19st me), check it out here - its super:

Marry You from Rob P on Vimeo.


After the concert, myself and Sinead re-hit the pub for some more cocktails which inevitably ended up in us hitting the dance floor of The George breaking it down to Lady Gaga & Miley Cyrus. The only thing I can hope from my few days in Dublin is that all of the dancing has at least knocked off some of the calories consumed from the cocktails. I had an ace few days in Dublin, and despite my great intentions of squeezing in a run or two along the way, its back to reality with a bang...

I have the Athlone 3/4 Marathon in the morning...