on March 19, 2013
My plan for Week 2 of March was pretty comprehensive I felt - especially last week when I was setting it. It looked like this: 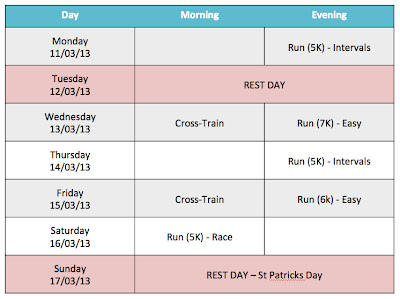 Instead of sticking to it - I think I went a bit OTT: 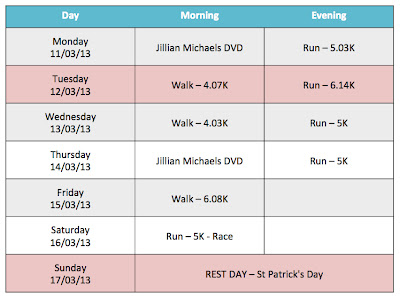 My week consisted of 2 x Cross Training sessions with Jillian Michaels, 5 x Runs and 3 x Walks. I worked out on my planned Rest Day (Tuesday) and only took one Rest Day this week (St Patricks Day) which I facilitated with a massive hangover.

I think what happened to me this week was my fear of the weekend. I was going to Dublin for the Bank Holiday weekend and knew that once I left the house on Saturday morning, I wouldn't be doing a tap - so I tried to cram in as much as possible early on in the week. I will admit I did feel the strain on my legs by Thursday of having gone pretty hard at it earlier on in the week.

I am putting my lack of commitment to my plan down to my inexperience with taking a full weekend off, which I didn't really do anyway. I ran the last of the Amphibian King 'Zero to 5K' session on Saturday but I'll post about that later in the week. Also, I have no set plan for this week which I will work on this evening.

As I sit here on Tuesday morning sipping Lemsip, I also fear I may be coming down with something (not good!). It's 11 days to my next 10K in Ennis on Easter Saturday and I haven't ran 10K since Kinvara which was over two weeks ago. My plan for this weekend is to get a 10K in which means I may pull back a little during the week as I don't want to have tired legs going into the weekend.

I will however leave you with this pic from the Girls Aloud concert at the weekend (which was epic!): 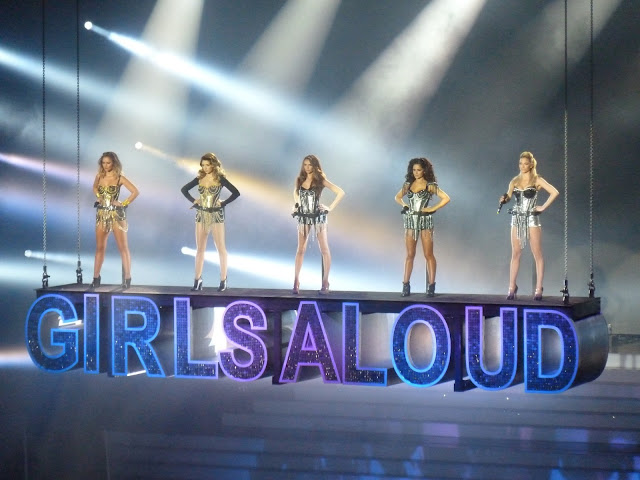