on March 31, 2013
So yesterday was my second 10K event. I ran the Eamon Moloney Memorial 10K in Ennis on Easter Saturday in FIFTY FOUR MINUTES THIRTY SECONDS! Sorry for the caps but I'm just so delighted I can't believe it! 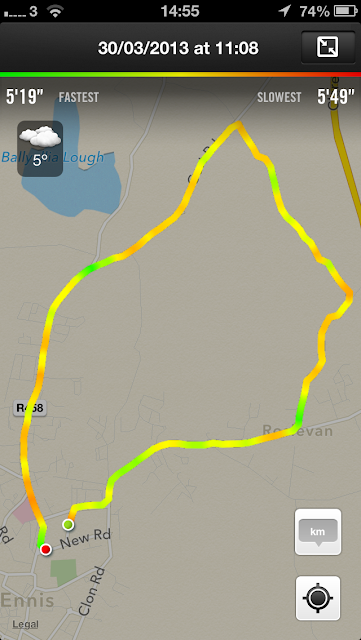 The interesting thing about this run was my time. I was so happy to stay ahead of the 60 minute marker that a few times I turned around to make sure I couldn't see it coming over the horizon. The markers are great to keep you in check so you know exactly where you are.

I also ran this race with headphones in - and I found my Nike App kind of threw me off, as when I'd see a sign saying '5K' it would be 5 to 15s later the Nike App would tell me my distance/pace. I found myself waiting for her to start sprouting on at me. The advantage of having it though meant that I could keep my pace in check so I knew if I could slow down a little without compromising my overall time.

This run was so different though to my first 10K four weeks ago for a number of reasons!
Another influencing factor of this race and something which fuelled me on was the fact it was a race on home-turf. At the start line, I saw someone in front of me who was a complete dick to me when we were in school together many moons ago. So instead of being the bigger man now (not literally), I took great pleasure in passing him out. I also checked his finishing time and he finished after me so that made me happy :)

As I was coming up around the half-way mark, I saw another guy I was in school with. You know, one of those smarmy good-looking fucks who always took every opportunity to make you feel bad. Well, I can now tell you that his hair has thinned out so much I barely recognised him... It was definitely him (I checked afterwards). Anyway, I kept my eyes on him and took great pleasure in overtaking him. I hope he recognised me - I hope he felt something thinking 'Shit - There's John Q from School... Thinner and Faster than me'... but that's probably giving him more brain-credit than he is worth.

I'm not a bitter person... Promise!

Anyway. As I turned the corner and was on the home stretch up to the finish line, there was my other half waving me on from the side-line. It's things like that that spur me on - Knowing that I have the support from the people around me who care that matters most! I crossed the finish line in 54m 30s. Me...

I'm now looking forward to my next 10K race despite having nothing planned. And yes, while I'll never be a Course Record setter, I'm going to keep this up - I'm absolutely loving it - and that is the biggest surprise/gift of all. 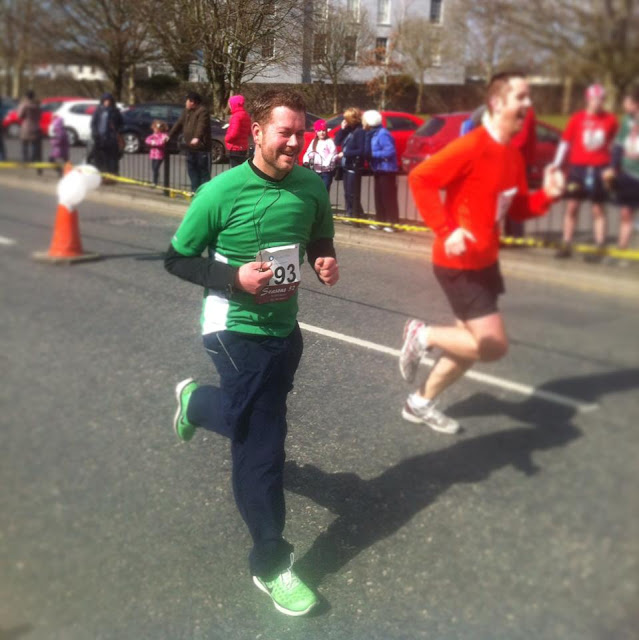