Last Friday evening I won a Facebook competition in conjunction with Amphibian King and Saucony for their #FindYourStrong competition. 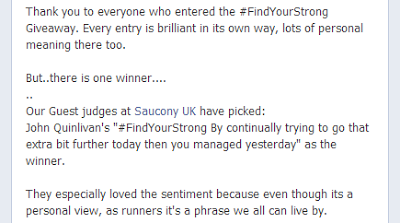 How pretty are my new shoes? 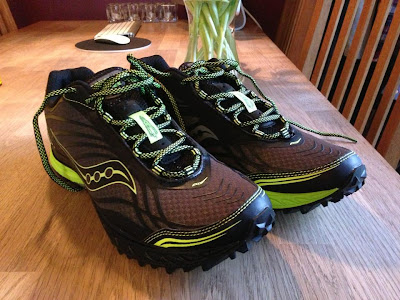 I'm looking forward to going out and getting them worn in! I was advised these runners are better for off road, so I won't break them in before the 10K but it'll be something for me to look forward to post the 10K as the runners that I have are only a few weeks old - they do look a bit like an ugly child that only a mother could love. My friends call them Shrek - so they won't know me when I hit the woods in those bad boys!

On Sunday I went for a (hungover) run with Brad and this happened: 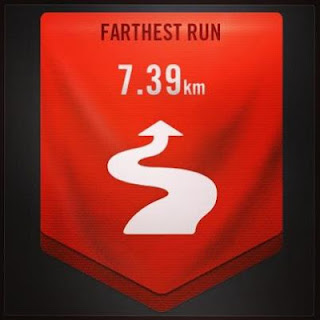 I was pretty much dead after it but it felt great (20 minnutes later). I'm 75% of the way there! Loads of people have told me not to worry about hitting the 10K before the race that if I can hit 8K a few times, the adrenalin on the day will keep me going the last 2K. I'm not so sure about that but look, 8K is my goal for the next two week and just improve on time and get used to running 8K.

On Wednesday morning (before work), I went for a run in the dark (it was 7am) in the wind & rain and this happened: 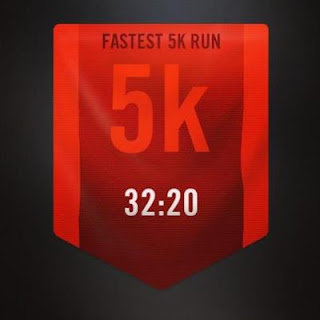 I'm so chuffed! I am a believer in the saying 'Hard work pays off as long as you believe in yourself' and I'm starting to believe! :) Ciao for now!