on April 27, 2014
After my semi-breakdown last Tuesday, I was really touched by the amount of people who reached out and left me a comment either online or in person.. So thank you! I think for me, half the battle sometimes is just writing something down as once I have it all mapped out in front of me, I have already worked out the answer.

I think the root cause of my angst came from both finishing the last week in my current WW Card and the supplement in the last weekend Sunday World. I had been contacted by Weight Watchers to see if I could give some quotes just about accountability and choices so I did - Have a read below: 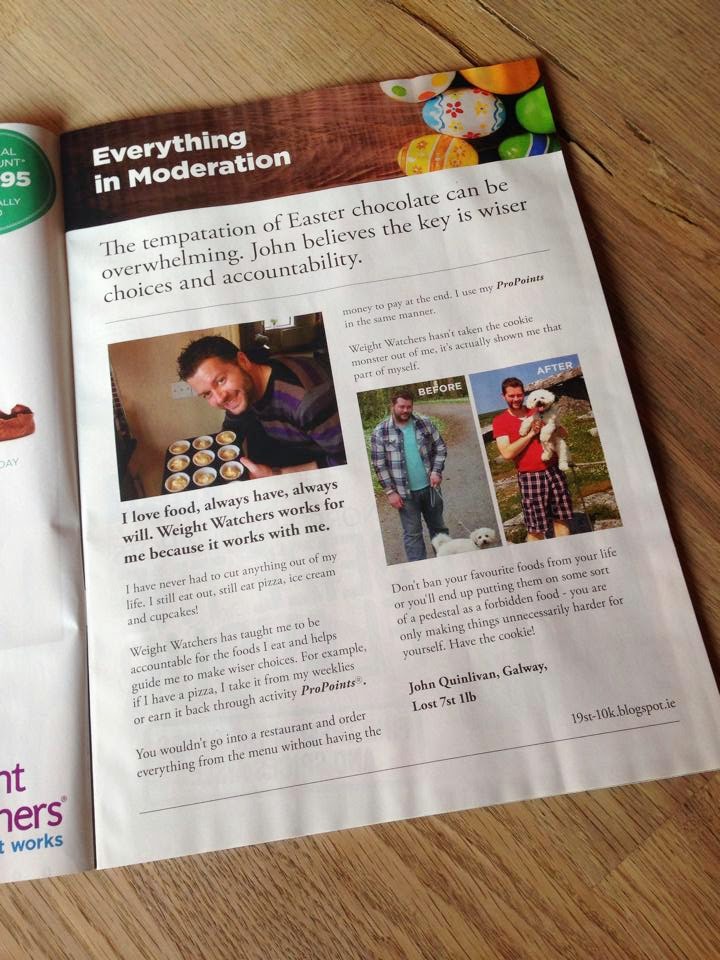 The conflict within me comes from the fact that I:

1. 100% believe every single thing I said in the article above
2. Feel like a liar or cheat for saying those things and then putting on weight over the past 6 months

This effectively means my logic is flawed but I have found it's source. The problem isn't having the cookie, its remembering to appreciate the fact you have had it. Let me tell you a story about last weekend: Last Sunday was Easter Sunday, and I had a massive Lindt Easter Egg (which came in at 57pps remember!). It was delicious, I earned it and I ate and enjoyed every single bit of it.

On Tuesday I was up 1lb. People were trying to comfort me and say 'Feic it, you deserved the Easter Egg' or 'it was a treat, you'll have the lb gone next week', but it wasn't the Easter Egg that did the damage... it was the day before.

Last Saturday morning I got up and went to Bootcamp for an hour. When I got home I had not one but two big bowls of Muesli. My brother in law called around with his kids and we had pancakes and nutella, orange juice and yogurts. I then went into Galway as the Galway Food Festival was on. I wandered around stalls picking at free samples before settling on the Dough Bros where I had a pizza. 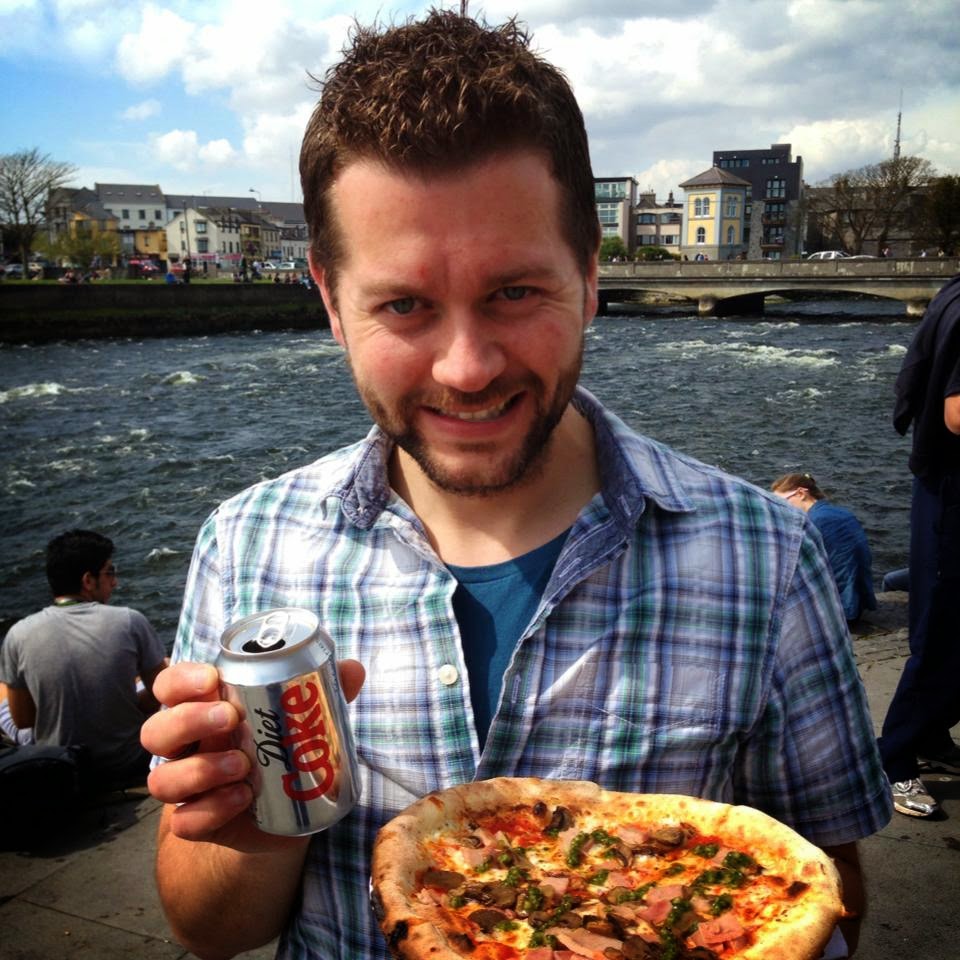 After my pizza we met up with friends and went to a local bar for a drink, then on to another restaurant for another coffee and while I was there I had the chocolate dessert (which was caramel-y and chocolate-y and delicious). 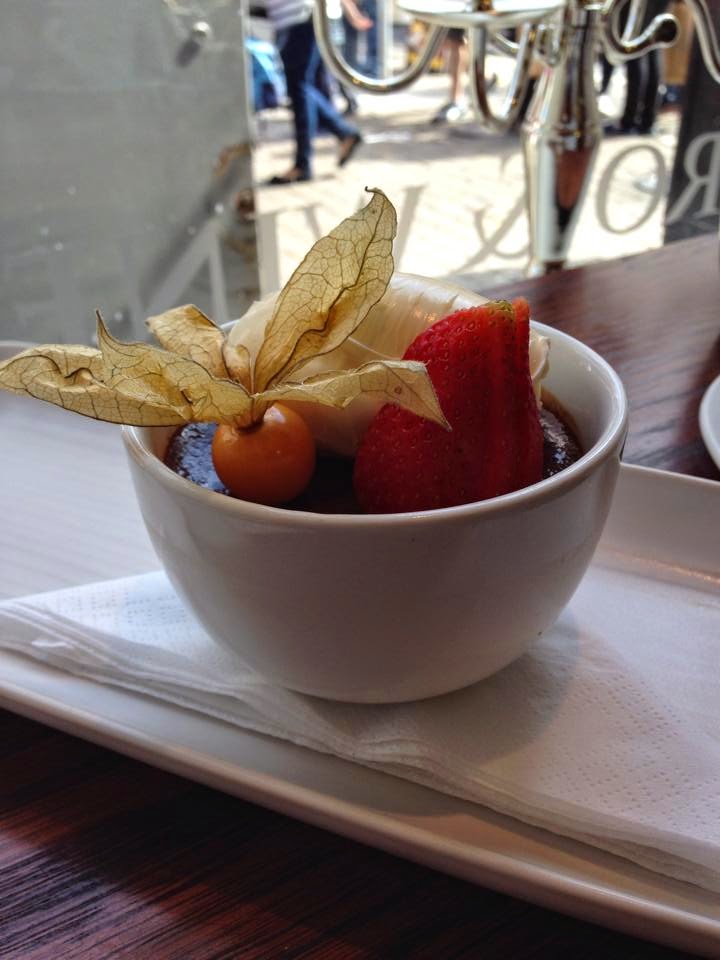 We left town and called into my parents-in-laws where I had a cup of tea and a Cadburys Mini Roll (hey, I couldn't have a cuppa all on its own). While we were there I got a text from my friend Sinead who wanted to see if we were around as she'd call. I made a quick detour to the shop and bought 2 magnums and a pack of biscuits. Over coffee, we worked our way through the pack of biscuits.

We had dinner plans made with our friends Brad and Rob, so I left home at 7:30 and headed to the guys place where they had tortilla chips and sweets as pre-dinner nibbles lying around. I tucked in (naturally). Dinner was a delicious and I ate until I was full. Now... On reflection: Was it was the egg or Saturday that was the cause of my weight gain this week?

Saturday was only one day last week. This has been going on for some time! Another thing I've found myself doing is substituting 'healthier snacks' for actual treats. I bought a thing of chocolate covered rice cakes the last week (Hey, they are only 69 cals a rice cake) but then ate all 6 over the course of the day (It's only 69 cals, sure that's nothing). The problem however is 6 x 69cals = 414 cals = 10pps. I'd have preferred to spent my 10pps on a Mars Bar to be honest.

This 'failure' on my behalf hasn't broken me - in fact it has taught me something about myself which I hadn't realised until now. I am giving myself lots of 'non-treats' which are in fact treats. I don't count a yogurt or a rice cake as a treat when in fact, they are!

I love eating, I still love pizza and I still love cupcakes. No body is expecting me to give them up and I know that if I was to, I'd only end up putting them on a pedestal. I've seen people go without carbs or bread or pasta only for them to become so obsessed with the one thing they've given up that they eventually crack. I just need to remember that I can have the cookies, I just need to appreciate the fact I've had it and keep myself from wandering down the self fulfilling 'I deserve it because...' path which I seem to have found myself on quite often.

This week has been good. And I still had pizza and cocktails at a friends house last night but that was a treat for a week of staying on track and propointing fully. 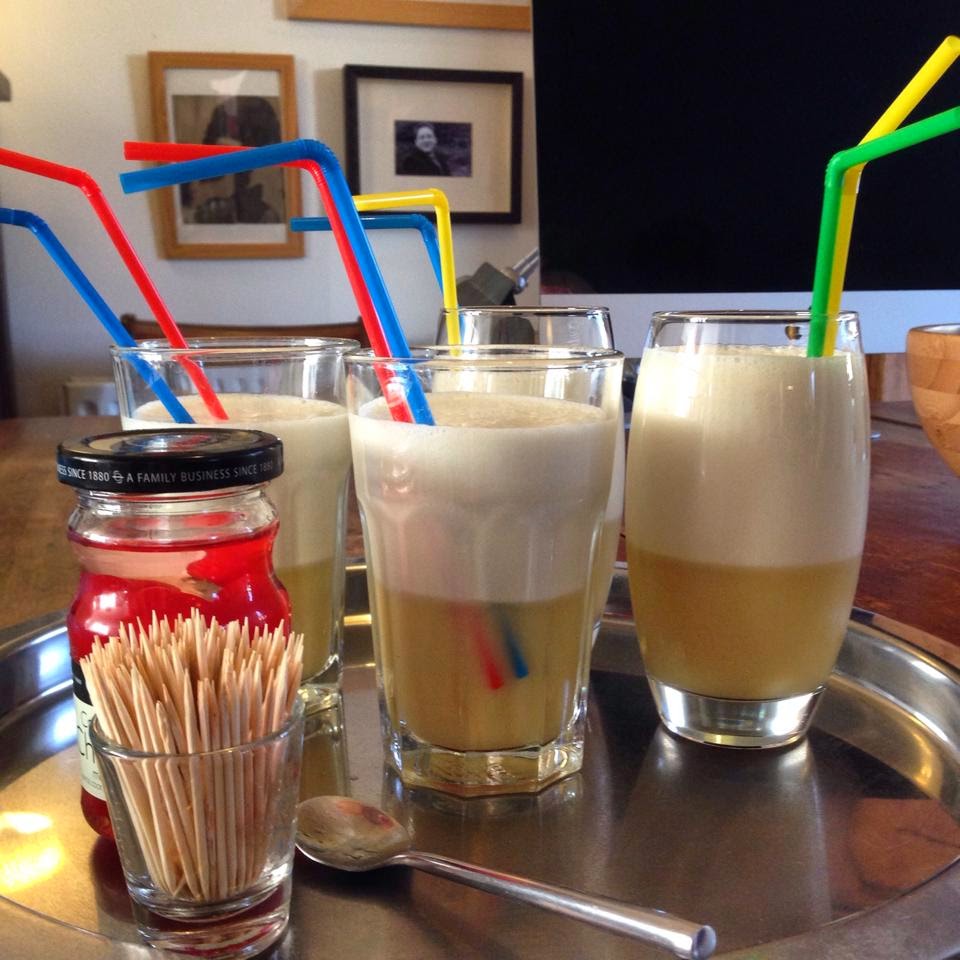