on April 30, 2014
The sun most definitely came out to welcome us to Athenry yesterday evening! After a busy day at work, followed by rushing to Weight Watchers and then out the door again to Athenry, myself & Aisling made our way to the Race HQ to pick up our chip and bibs for the series. 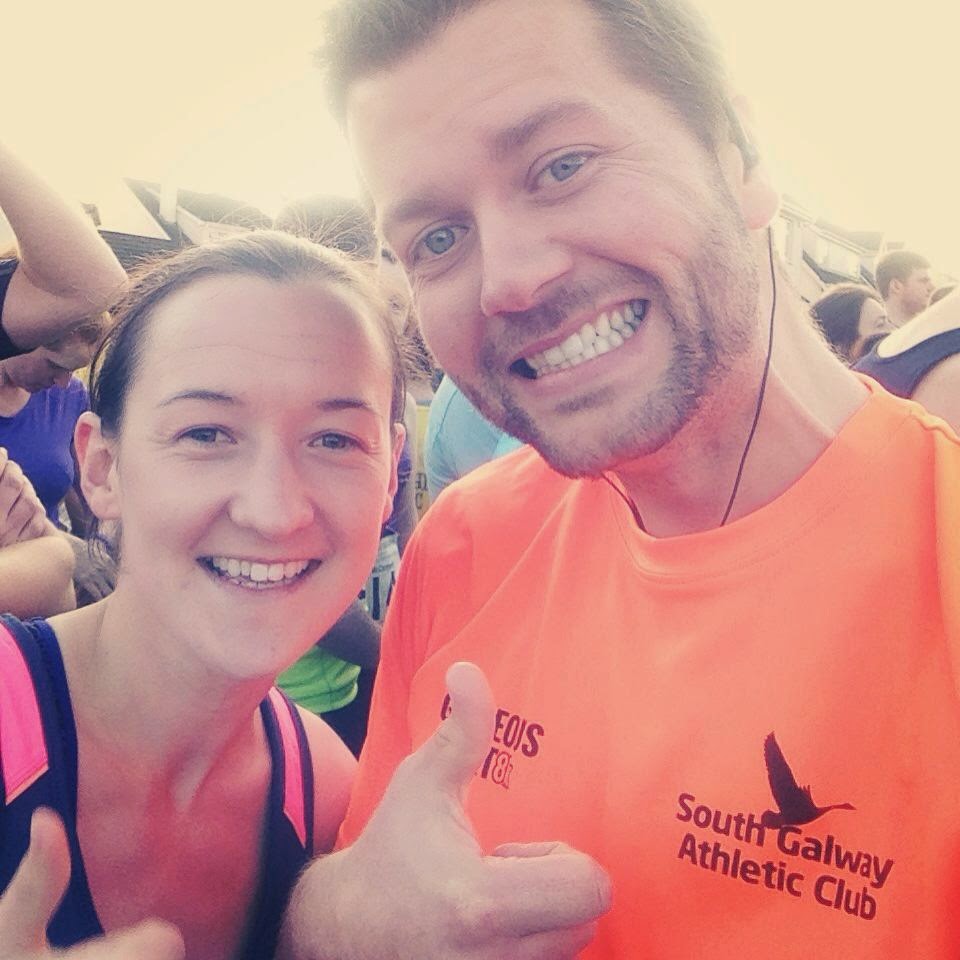 The buzz before the start line this year was completely different. I re-read my report from last year (here) and I remember how worried I was about pacing and speed over a distance of 5K. Definitely feeling more confident this year I missed out on something quite crucial - I didn't warm up and I didn't have a plan. This was my first 5K since Tuam last June so thinking about it now, my plan to 'wing it' really wasn't the best idea.

The race started bang on 8pm from the same spot as the Fields of Athenry 10K on Stephens Day so I was confident I had an idea of where we were going. I took off like the clappers - clocking my fastest ever 1K time (03:54). I was feeling on top of the world and actually thought to myself 'Oh my god, I could break Sub 20 if I keep this up'. I hit 2K maintaining the same pace. 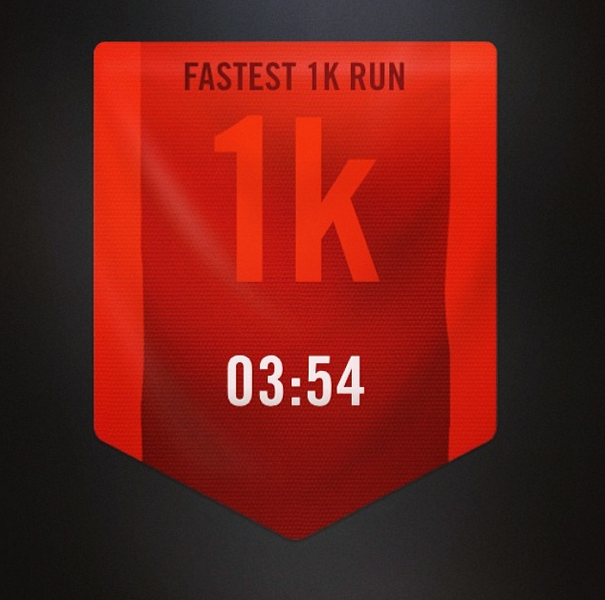 Just after the 2K marker was something I wasn't expecting... The Finish Line! It was devastatingly crushing having to run straight pass the finish line. It was like a mirage in a desert considering how warm it was. I trudged but my legs felt heavy. There comes a funny point in every race when your mind goes looking for reasons as to why it can't run as fast as you want. I had it put down to the fact I was completely dehydrated (my mouth was so dry) and I had been rushing so much in and after work, I hadn't eaten anything proper since lunch time. 3K and 4K passed in some weird mind battle with myself. I was thinking 'Just keep going' but I could feel myself slowing down. I had re-assessed the entire situation and decided that I had started too fast and that was why I was struggling now. Looking at my pace chart below, you can see how I progressively slowed during the race. For the first time ever, I had nothing left in the bank on approach to the finish. My legs felt so heavy as I crossed the finish line under 22:00. 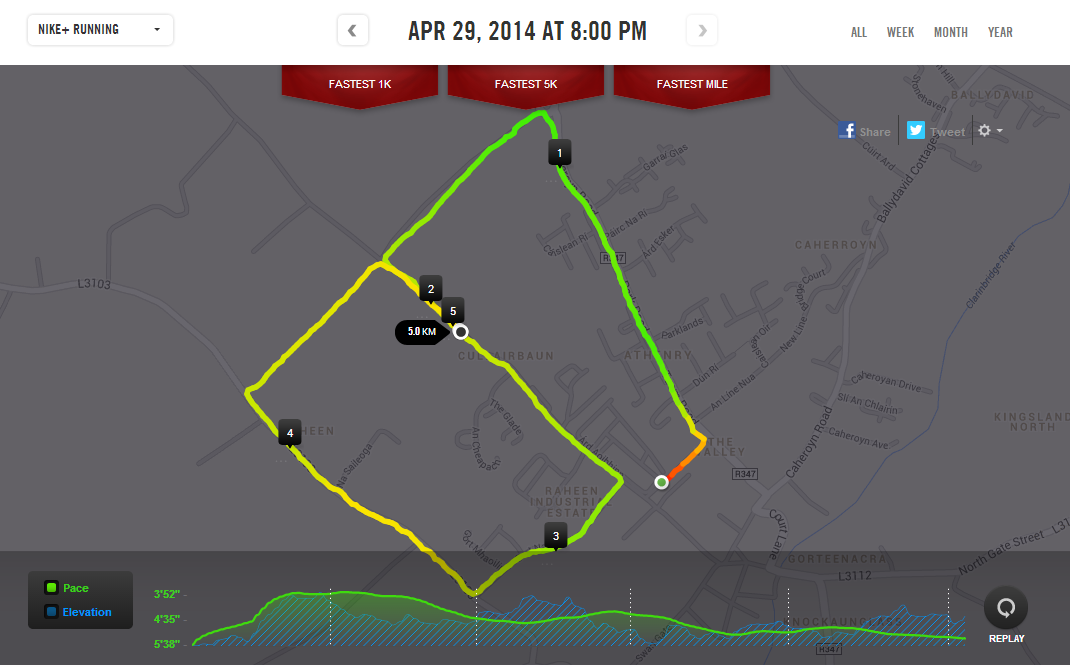 My official chip time was 21:37 making it my fastest 5K ever! That's an average of 4:19/km which is quite disappointing considering the strong first 2K I put in. I got caught in a mind battle half way around and finished weak. Maybe I was built for distance not speed? Unlikely... I have my eyes set on a Sub 20 5K and my goal is to get there. It may not happen during the next 6 weeks but it will happen!

As with last year, the best part of the 5K Series for me... is the people! There was such an amazing sense of achievement in the air yesterday evening as different people crossed the finish line! A massive big shout out has to go Yvonne (who is amazing!) and Rob (who is also amazing!). Of course everyone else is amazing too but for them, Race 1 was definitely a hurdle they were going to have to jump and boy did they clear it!

So... I've a week to regroup and re-strategise before the next race next Tuesday in Loughrea. But before that, I have the GLR Half Marathon on Sunday. (For one who said he was cutting back on running to focus on cycling, I seem to be spending a lot of time running!) 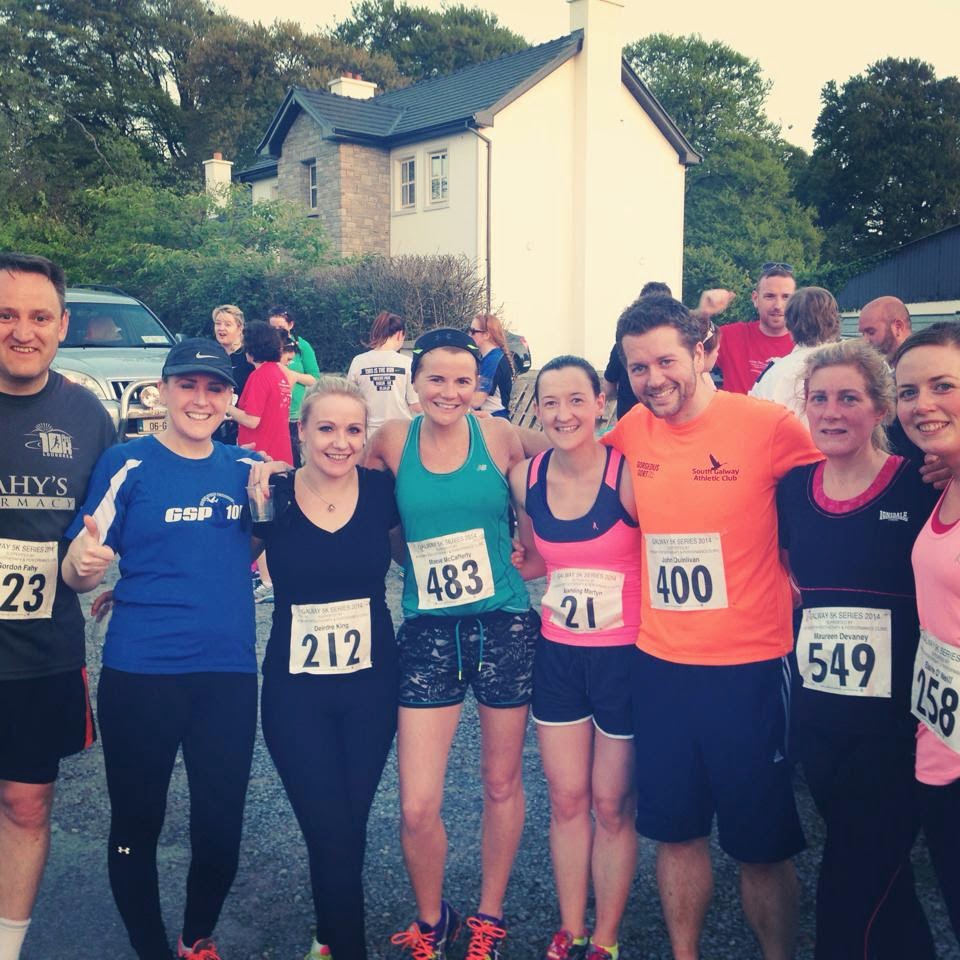 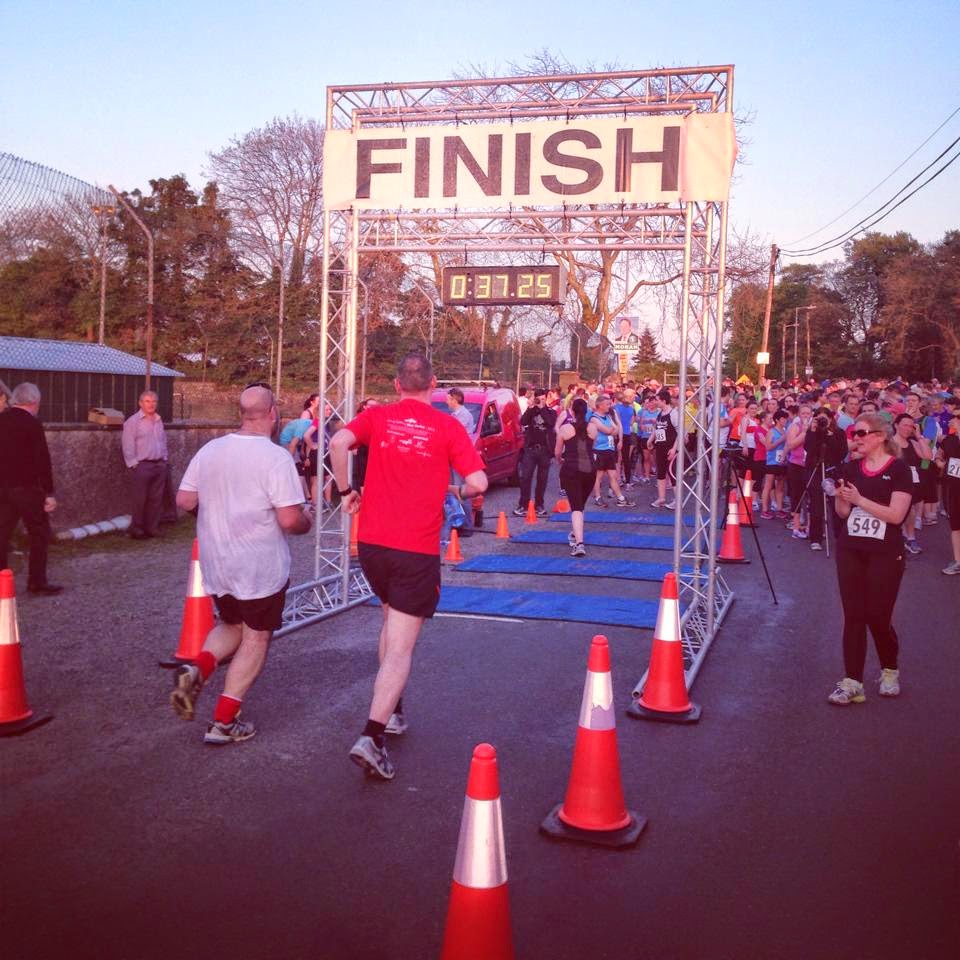