Let me introduce you to my new BFF...

on April 17, 2014
On Tuesday, I bought Leslie... my bike! I don't know what deluded planet on live on but clearly its a great place to be as I think I'm loaded (Disclaimer: I wish!). I had been checking the usual places like Adverts.ie and DoneDeal but everything that I saw was either way outside my price range or was a tricycle. I remember forwarding a link of a bike I thought looked like it was a great deal on to one of my friends who knows stuff and his response... "They stopped making those bikes in the mid-80s". Feic!

Resigned to the fact I clearly know nothing (I couldn't tell a Tesco Value from a Mona Lisa from a line-up of one), don't know what to look for (oooh this must be the deluxe model - it has a basket on the front!) and am the most gullible person in the world (how many go-faster stripes does it come with?), I opted for the safest option. I bought a new bike.

I had been checking around online and found what I have been told by three differing friends who cycle is a pretty good entry level bike. The Carrera in Halfords was on Easter Sale so came in under €300 but at least I knew I was getting something alright, and something in good nick and all set up. On Tuesday evening I picked her up. I've christened her Leslie! 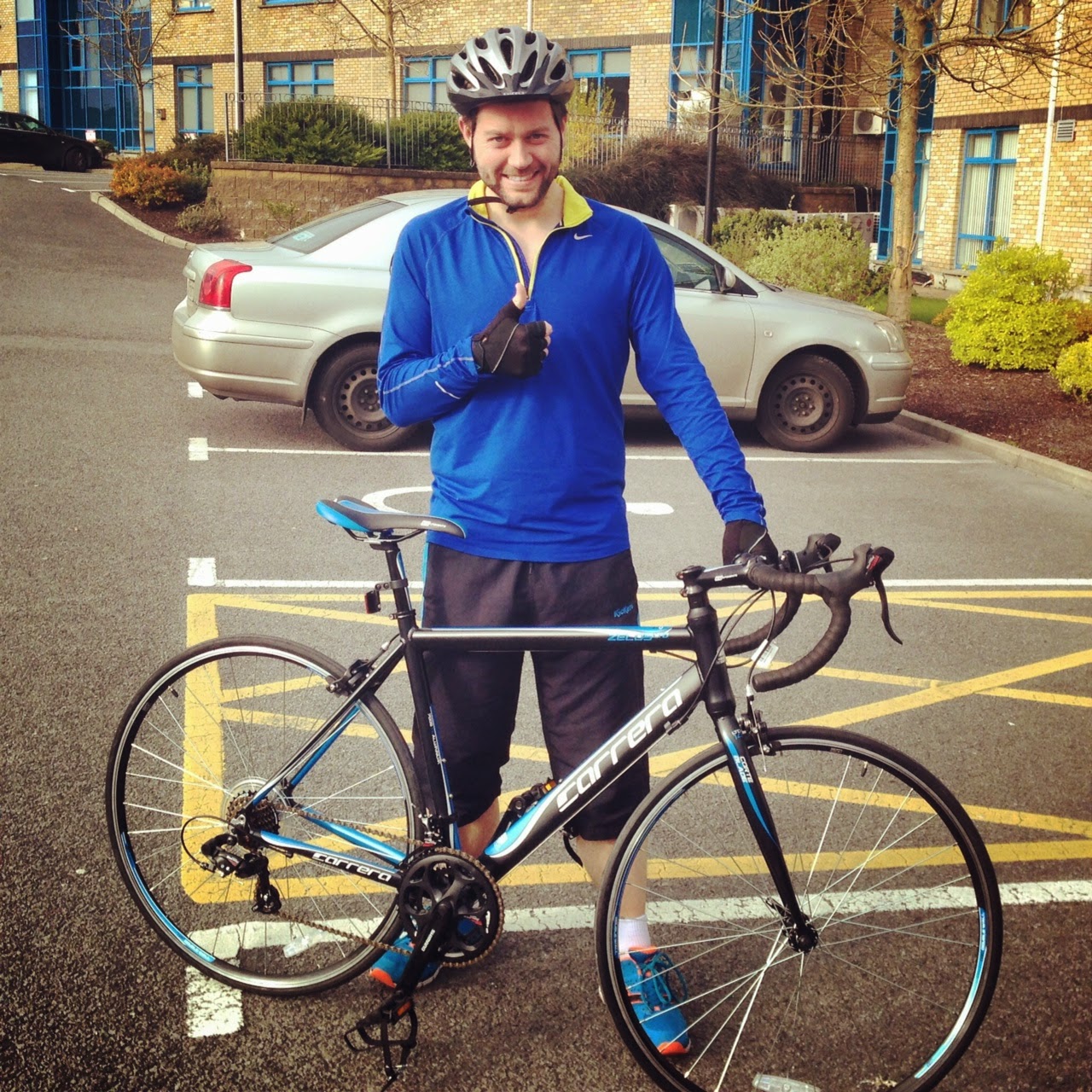 Yesterday after work, I geared up and cliped on my cycling helmet and took to the roads with a gang from work... and I ate dirt! Yep, I was Billy-Back-Off-The-Class but there was something quite interesting about it! I don't know what I was expecting. I was hardly going to hit the road running! In fairness, they stuck around for the first 10K offering words of advice - the scariest of which was 'Cycle right up behind me as there will be less resistance'. My biggest concern was what if I needed to stop quickly, which they pointed out wasn't a concern. Them stopping quickly would be my biggest concern! :)

I learned loads on my 2nd ever bike ride - I watched as the cyclists passed signals back the group highlighting loose gravel, potholes, debris and potential hazards thrown along the hard shoulder. I learned how to play with my gears and what combinations work best (for me) and where to use them. I'm still not convinced I have the rules of cycling on a roundabout down - so I should probably brush up on my rules of the road (as a cyclist!)

Anyway, 1 hour 17 minutes after leaving work yesterday evening, I finished my 2nd cycle since I was a kid - 30K! Now at the moment, I can't see how possibly someone can do that another 6 times (The Ring of Kerry is 180K) - I found the cycle tough but I enjoyed it. I'm sure my legs (and backside) will kill me today but I'm quite chuffed with myself. 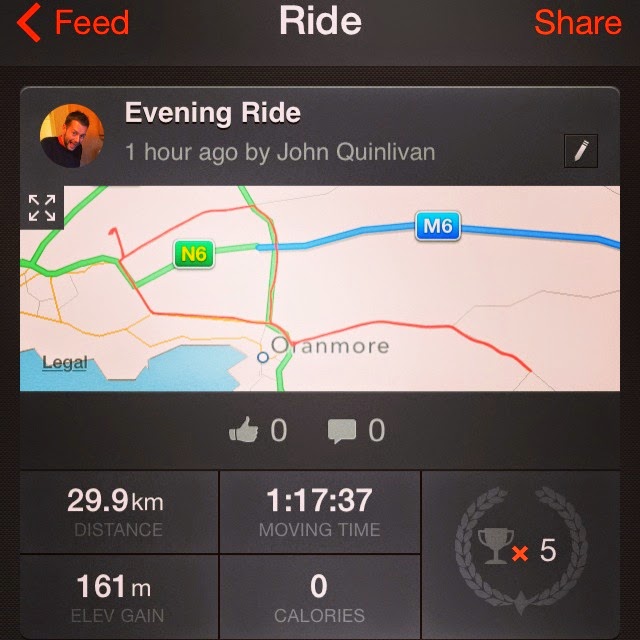 I'll definitely be back out on Leslie over the weekend (probably to work off some of my Easter Egg!)