on June 03, 2013
Part of this months goal involves adding strength exercises. As I learned last week from the physio and my online research - Strength exercises are the single most important thing a runner can do. Following the Clare Burren Half Marathon last weekend, my knee was properly goosed. It was so going up/down stairs and if I put any pressure on it at all. That forced me to pick up the phone and make my first ever physio appointment.

Thankfully I haven't damaged/torn anything which is the good news - but I was told I have really tight ITB (Ililotibial Band). She (the physio) said the pain and discomfort in my knee was caused by this tendon which runs from the hip/backside down the side of the leg to the knee. If it is tight, the knee can't move as freely as it wants to, hence the pain as it's being held in place by that tight band. 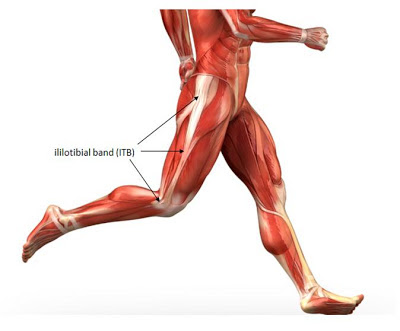 According to Dr. Jordan Metzl from Runner's World - A Strong Butt is the key to a happy life! (Hey, who knew?!) In order to build up my butt strength *snigger*, I need to do 6 sets of 15 of Plyometric Jump Squats with 20s rest in between. The video below shows how to do them better than I can so if you are interested, hit play on the video from Runner's World below:

My plan for when I am going to do this will be during my Jillian Michael's 30 Day Shred program which I am starting back up this month. I stopped doing the 30 Day Shred when I started at Bootcamp about 2 months ago. I stopped as I felt I was getting my strength from the bootcamp but seen as it's over now, I'll go back to Jillian.

My plan is to do Jillian twice a week, and just before she goes into the Cool Down, I'll hit pause and put in my Plyometric Jump Squats before cooling down as Jillian describes. I have been so fortunate so far to not have had an injury as my friends around me seem to be dropping like flies with sore ankles, knees and hamstrings.

This (Running) is something that I really want to keep up. I am really enjoying it and I think I'm good (not brilliant or anything at it). I saw this on a site somewhere that made me smile as I think it's true. I'll never win a marathon or break a record for running the fastest mile (which is 3m 43s) but for as long as I can, I plan on being out there hitting the road covering some milage. 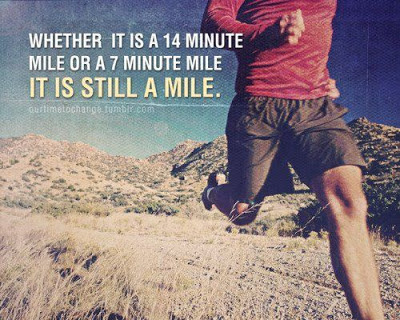 During the week I saw that Aldi are doing Camping Head-lights this week, and when I said to my other half that I wanted to get one, he was like 'Random... Why?' - I replied 'For running in the winter months'. That's the first time I've ever future projected myself and what I am doing now in relation to running and my fitness. It must be sticking :)