on September 08, 2013
Last week, I got a call. Not one of those call's a nun gets to join a monastery, but it was just as Godly. I received THE phone call - a call people secretly hope they will one day receive yet never speak of out of fear that they will never be called up to the table. Last week I got a phone call from Weight Watchers HQ...

Hilary from Weight Watchers had found my blog (this blog) and wanted me to come to the Head Office in Dublin for a Photo Shoot. Never in a million years did I think I would be one of those people on a poster/advertisement for WW but here I was being offered the opportunity - and I took it! So on Friday morning (just gone), I left Galway at 8am bound for Swords. I arrived at Weight Watchers HQ at about 10.20am where I was greeted by the lovely Hilary. 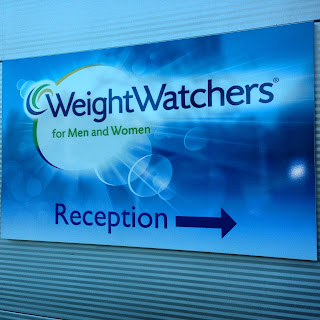 Inside, I was brought to the canteen where myself and Hilary had a quick chat and she filled me in on the day while I munched on some Weight Watchers bars and sipped on some much needed coffee. I was actually more nervous than I had thought I would be. Although I knew I was coming up to be photographed, it all became much more real when I was brought into the adjoining room which was set up for the photo shoot. The other two women who were also having their pictures taken were already in hair and make-up. Following a quick introduction, we were shown the clothes we would be wearing which were all picked out by Marie from Debenhams. 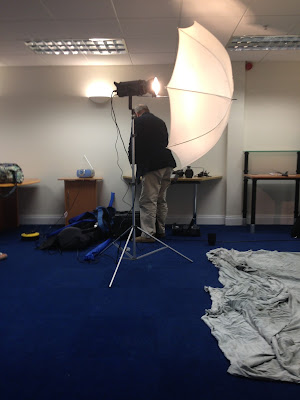 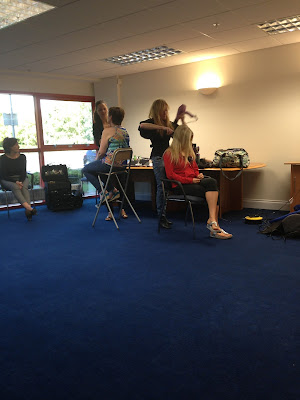 
I had a great chat with two women while everything was being set up. Both women have lost an incredible amount of weight - The three of us collectively have lost over 20st - so we quite proudly congratulated and applauded each other. Once the women were ready, they were sent off to get changed while I had my shot at hair and make up. 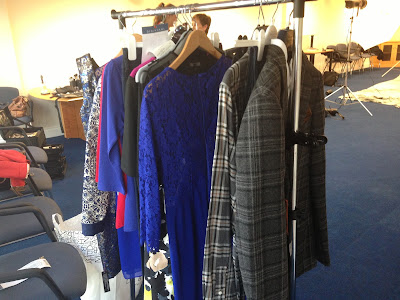 
Thinking I'd be extremely quick, I was quite surprised at how long I was on the make up chair. I did double check myself in the mirror afterwards to make sure I didn't have pink lip-gloss or fake eye-lashes on but no, I was just given a gentle dusting down to keep the shine at bay (thankfully!). I was informed my overall look for the photo shoot was 'country'. I don't know how keen I was initially as the clothes I was shown I honestly would have walked straight past if I had seen them on a hanger in a store. But, that being said... my initial reservations were cast away once I got changed. 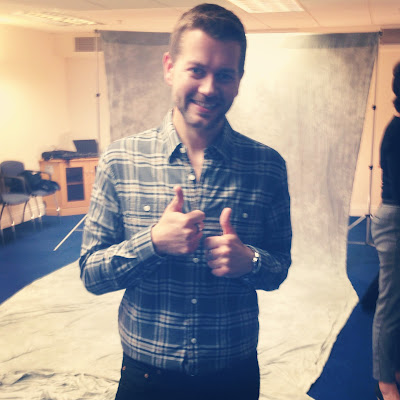 Mr. Photographer - Are you ready for my close up?

My first shoot actually flew by. The photographer seemed to love what I was doing, I even heard him mutter words like 'so natural' and 'what a stunner' - clearly all those years watching America's Next Top Model have paid off. (I'm taking the piss by the way - about the photographers comments, not  about watching America's Next Top Model, that did happen). In all honesty, the shoot was fairly quick. There is something daunting about posing, smiling, moving your shoulders towards the camera, pointing your foot more to the right etc that is slightly embarrassing in front of other people in the room but I have to say everyone there was extremely supportive and encouraging. I hope that comes across in the final edits. 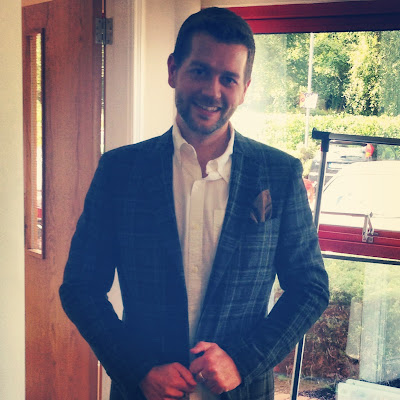 Following the first set of photos, I got changed into my second outfit which consisted of skinny jeans, a white shirt and a tweed jacket. All of my clothes were from the new Hammond range which has just come to Debenhams - so from that point of view it was lovely to wear clothes that I wouldn't normally wear, and I felt great in them. Again, the second round in front of the photographer was quite easy. Click click click and I was done.

Before, in between and after my bouts with the camera man, the women were coming in and out in a range of stunning dresses, jeans, t-shirts and jackets. They looked amazing. I just loved the way all of the Weight Watchers staff who were there on Friday were so supportive and friendly - they kept the energy up in the room by chatting to each of us like they had know us for years. It was really lovely and such a great experience. For anyone who has seen Orange is the new Black, thankfully my experience was nothing like this (which I had feared):

After the shoot, we had lunch which I was a bit afraid of as I thought it was going to be a test or something... like if they were going to see if we tracked what we had or something or like they'd kick us out if we couldn't rattle off how many propoints were in a sandwich/weight watchers chocolate bar etc. (Again, I'm kidding!). Lunch was lovely actually as we all sat around in the canteen and just chatted about everything from our WW journey to which of the outfits we preferred the most, maintenance mode to where we were from.

I left Weight Watchers HQ at 2pm feeling on top of the world. It was such a fantastic morning - I felt like I had won a prize or something by just being there. It was only when I was driving away in the car (munching on a pinched Weight Watchers bar from the kitchen table) that it really hit me - the prize isn't the photo shoot - the prize is the new life Weight Watchers has given me.

Madonna, who sang 'Strike a pose there's nothing to it' once said: No matter who you are, no matter what you did, no matter where you've come from, you can always become a better version of yourself.

What's funny is... meeting those women on Friday, I will only ever have known them as I met them on Friday. When we saw each others 'Before' photos, it was very surreal to see the photos of what looked like a completely stranger side-by-side with the stunning, confident, beautiful women whom I met on Friday at the photo shoot. I hadn't really thought about it before, but the same must apply to me. For example, the new start at work will have been introduced to the 'new' me - yet a picture of 19st me still hangs on the wall of the canteen as a Fire Marshall... if there ever was a fire, he'd never find me. 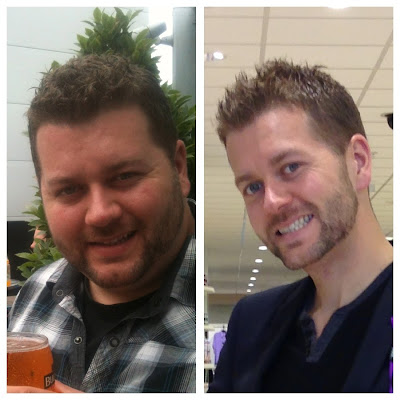 The Old vs New Me

By the way, the photos will appear in the Sunday World at the end of this month - September 29th - so keep an eye out for that :)
Camera Clothes Confidence Debenhams Photo Shoot Photographer Photos Sunday World Swords Weight Watchers WW HQ