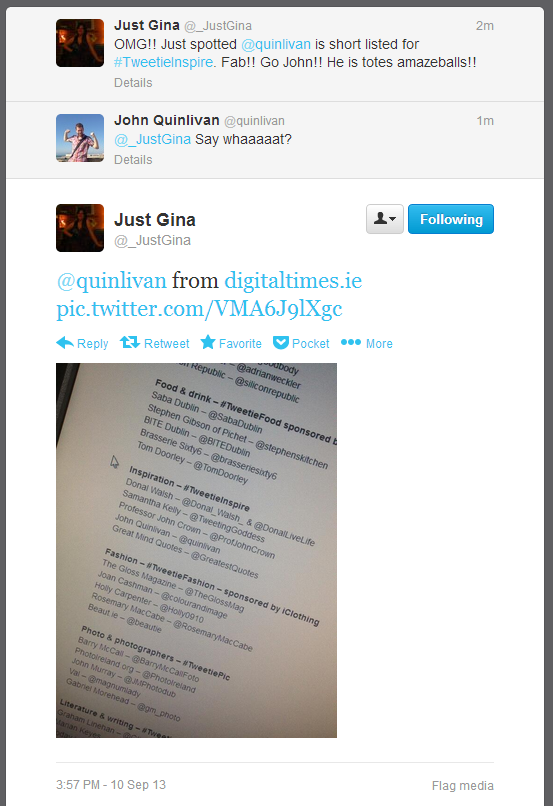 So there you have it! I have been nominated for the #RaboTweeties under in the extremely flattering category of Inspiration. The link to the Short List is here: http://www.digitaltimes.ie/digitalmedia/16276/

First off, what are the #RaboTweeties:


The first awards show to recognise the power, reach and genius of Twitter & the people, businesses, media firms and celebrities who use it.

And what category am I nominated for:

An Irish person, artist, entrepreneur, cause, company, educational establishment, school, college or service that inspires you on Twitter, someone who makes you want to retweet and share with your followers.

So... Unlike the Blog Awards, you can help with the #RaboTweeties. Their where, when, how to vote guide (here) says:


So if you would like to vote for me, its simple:


Tweet mentioning me @quinlivan and #TweetieInspire
Other nominations in the category include: