Great Race Galway - The Good, The Bad and the Ugly

on May 06, 2013
I signed up for the Great Race Galway last week when I realised that I wouldn't be able to do the Samsung Night Run in Dublin the weekend before so I was quite excited about running around the Galway Racecourse (an area I know well as I work beside it)... Now don't get me wrong, I'm no race expert but the whole experience was full of ups and down.

The official times still aren't online so I cannot confirm my time exactly but thanks to my friend Rob's pic of me crossing the finish line, I know what my race finish time was.

There were no medals :(

How the hell does that happen? Surely the race stewards are briefed on the course, especially those who are directing the runners!

Anyway, back to the race: 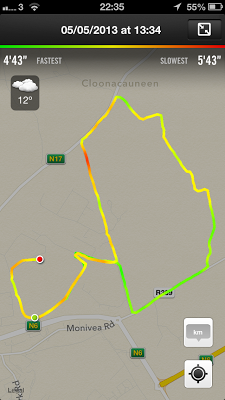 I started off like a greyhound out of a trap and ran my first 3-4km in great time (under 5m/km). I was well chuffed with my pace.

That pace couldn't be sustained. I found myself slowing progressively. I hit 5K at 24m 58s so I knew my dreams of a highly ambitious 'under 50m' were dashed from the point.

You'll also notice a big red line on my time map - that was thanks to the Parkmore Hill coming up from the Claregalway Rd into Parkmore. It's steep enough and my plan was just to hit it running but I think the hill got the better of me and slowed me down a good bit. It took quite some time to recover from it.

Post 'that hill', I was drained. I could feel it in my legs and shoulders. I think I ran the hill hunched over/looking down as when I straightened up - I felt like my shoulder needed to 'burp' or something for the rest of the race. It was really uncomfortable. 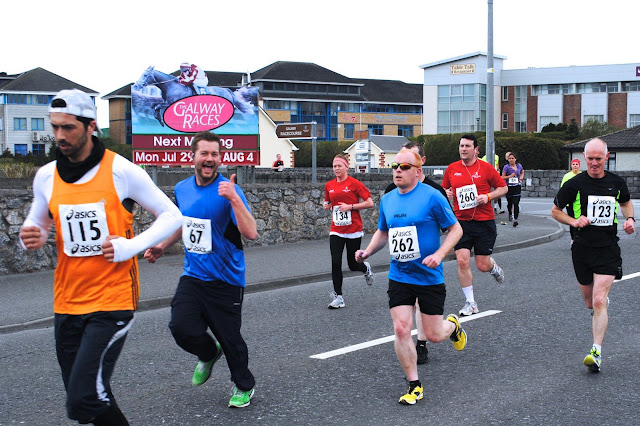 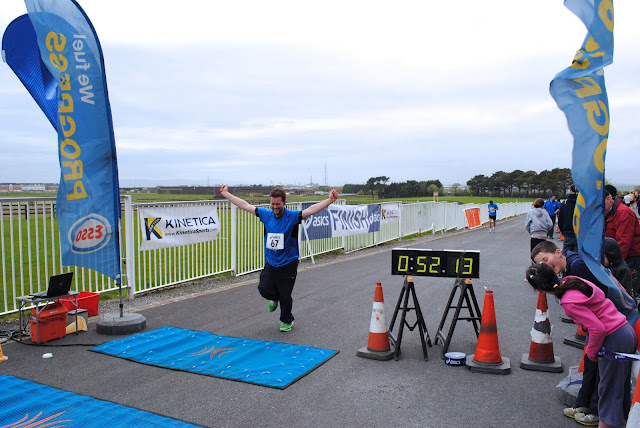 All in all, it was a good experience made great by my friends who where there. Rob followed us around and papped plenty of pics of us on the route (Thanks Rob). This race was also my first 10K with Bradley who helped me out so much when I was starting my running journey and it was my other half's first 10K race which he completed in a fantastic time.

My new aim is to run a sub 50mins 10K but it's a goal I'll have to put on the back burner for the time being as I have less than three weeks to the Burren Half Marathon (which will be my first half!). No more 10K's for me until June but that doesn't mean I can't work towards trying to improve my time in the mean time!

(If they decide to release the official results, I'll post them there. For the time being, I'm using 52 minutes 14 seconds as my time for this 10K - knocking 2 minutes 16 seconds off my previous 10K PB - All in all, there may have been some Bads and Uglies along the way... but it was a Good Day!)