on May 08, 2013
The grey sky grumbled above as we gathered in Claregalway for tonight's 2nd run of the Galway 5K Series. Waiting around tonight before the race started was a lot easier as there was less hanging around than last week seen as we had already registered and had our bibs/chips etc so all we had to do really was turn up at the start line before 8pm. 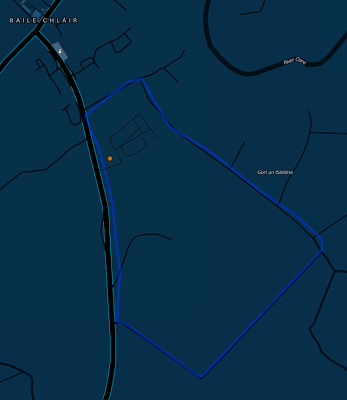 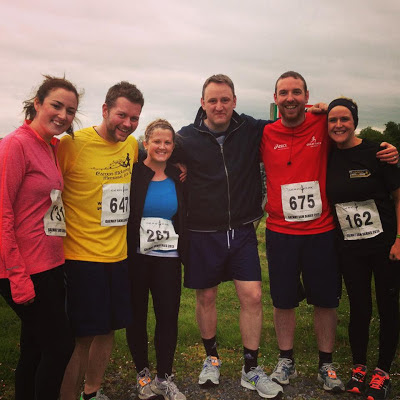 Clair, Me, Sinead, Gordon, Brad & Yvonne before the race


The race started bang on time and as the roads were wider than last weeks 5K, I found moving around the crowd a lot easier. Again I forgot my headphones so had to run to the beautiful sound of myself huffing and panting as we tore off up hill for the first kilometre.

I find not having my headphones in I don't get notifications of my pace - I should probably invest in one of those cute GPS watch things as its much easier to look at as opposed to fumbling in your pocket to take out the phone. Not having any idea of my time, I kept ploughing on. The rain (thankfully) stayed away for tonights race which was nice as I think everyone was waiting for the impending downpour.

I play this stupid visualisation game in my head when I am running and tonight found it really useful. I know the distances in km around my house, so when I saw the 4K sign mark, I knew I was only from 'the wall by the big house' away from my house. This mind-trick clearly worked as my official time for this weeks race was 23 minutes 52 seconds.

I even clocked a 4min 32sec KM which is my fastest KM to date... All in all, not bad for a Tuesday evening hitting the tarmac!

Interestingly, last week I placed 322nd of the 660 that ran in Athenry. Tonight I placed 266th out of 606 runners. Not too shabby! 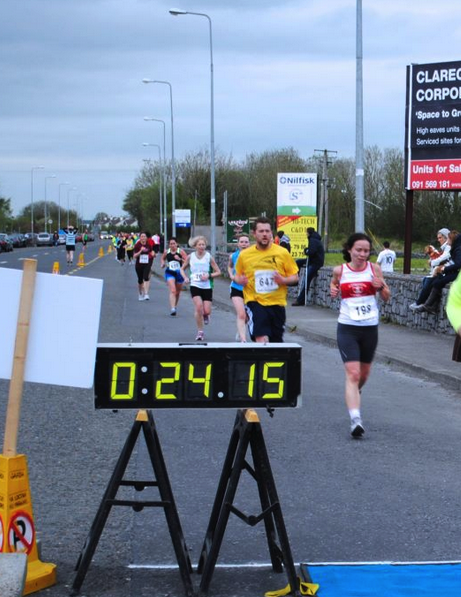 Coming up to the finish line :)